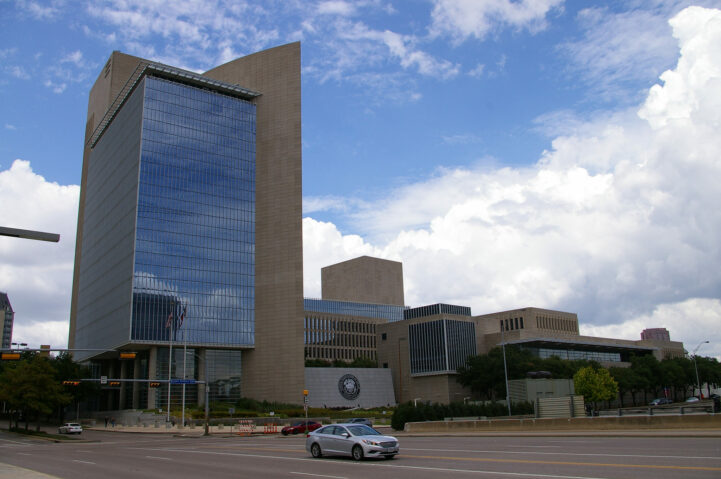 Canadian real estate has another indicator showing prices may have detached from fundamentals. The Federal Reserve Bank of Dallas (a.k.a. the Dallas Fed), publishes a housing index that’s little known outside of the banking world – the Exuberance Indicator. The indicator isn’t often used, because the documentation is highly technical. Today I figured I would break it down into plain English, for all of you Millennials looking to understand the market. This way you’ll have a better read than most people in the real estate industry.

“Exuberance… I Totally Know What That Word Means, But Why Don’t You Explain It”

First off, let’s talk exuberance. Exuberance sounds like a good thing, but bankers say it with caution. They’re always on the lookout for when markets become “overly exuberant.” That’s code for when buyers decide to pay a premium on a commodity, for little other reason than everyone else is doing it.

The term didn’t catch on until then US Federal Reserve Chairman Alan Greenspan said it in 1996. When making a speech, he rhetorically asked “how do we know when irrational exuberance has unduly elevated asset prices?” This was three years before the dot-com bubble. Ever since then, the banking industry doesn’t say “bubble” all that often. However, they frequently say markets are “exuberant.” When it gets really bad, a market has become “over” or “irrationally” exuberant. Way cuter and less panic inducing, right?

Measuring exuberance in the stock market is pretty straight forward. There’s a lot of ways to do it, but the most simple would be a stock price to earnings. For every dollar a company earns, a buyer pays several more. The thought is, the company will start earning that multiple in five or so years. Sometimes that multiple gets really, really high — to the point where it almost becomes impossible to earn that money in a reasonable amount of time. When buyers pay this premium, they’re buying on exuberance, not realistic expectations.

In the past, it wasn’t all that important to measure exuberance in real estate, because it never had the same consequences as a stock market crash. Sure, it sucks to lose money –  but it never took out an economy. Consequently, not a lot of cutting edge research went into trying to figure this out, until after the US housing bubble. When that blew in 2008, it triggered the Great Recession. Basically, a real estate crash took out the world’s largest economy.

Since then, everyone’s been scrambling to figure out early warning indicators. Efthymios Pavlidis of Lancaster University, and the Dallas Fed teamed up to create a set of Exuberance Indicators.

The exuberance indicators are a set of housing indicators published the the Dallas Fed, and Pavlidis, to measure “explosive dynamics.” Fundamental pricing is established with a few traits like real house prices, price-to-income ratios, and price-to-rent ratios (full working paper here). From there, they look for “explosive episodes” that show prices have deviated from the fundamentals. If they deviate too high, and for too long – markets are vulnerable to correction.

How To Read The Exuberance Indicator

I know, unless you’re in finance that last section was pretty eye-rolly. The most important thing to remember is it shows the detachment of home prices from fundamentals. The indicators include two sets of numbers – home prices and critical values. When home prices go above the critical values, you’re in over exuberant territory. If it stays there for five quarters, the risk for a housing correction becomes very high.

The Canadian real estate market has been pretty lucky thus far, with only 3 major spikes in exuberance. These phases are in the late 1980s, the 2000s, and today. Let’s break them down.

Canadian Real Estate Exuberance In The Late 1980s
In the late 1980s we see a spike, but it doesn’t hit the critical values. That’s because prices didn’t spike across the country. If you’re from Toronto (and you’re old enough), you might remember a crash. If you’re from a city like Vancouver or Calgary, it was barely a blip on your radar. Most losses were realized in the Greater Toronto markets. This is why we see a spike, but it doesn’t rise above the critical threshold.

Canadian Real Estate Exuberance From 2003 to 2008
From 2003 to 2008, Canadian real estate hits above the critical threshold values. Despite the large levels of exuberance, prices “only” fell 7.67%. The reason the drop was relatively soft, is Canada used an “unconventional” central banking policy tool – artificially low interest rates. Interest rates went from over 4% to an all-time low of 0.25% in just over a year. Most people think this just impacts the amount you can borrow, but that’s only a small part of it.

When you set interest rates below the rate of inflation, you devalue money. Afterall, if money is being lent at a lower rate than it loses value through inflation, it’s cheaper to borrow than save. This results in a type of elevated asset inflation that is not reflected in CPI, which I wrote about just a few months ago. Basically, houses didn’t have a fundamental appreciation, so much as the value of the money used to buy them rapidly decayed.

Canadian Real Estate Exuberance Today
That brings us to the current cycle. In the first quarter of 2015, the exuberance indicator goes beyond the critical threshold, and continues to today. Over this period cities like Vancouver saw prices rise 59%. Toronto rose to a peak of 55%, before falling to 43% today. Even with the slight pullback, the country’s whole real estate market remains detached from fundamentals according to these indicators, Pavlidis and the Dallas Fed. This would require a massive surge in income, or a decline in prices to correct.

The Federal Reserve Bank of Dallas let the world know that Canada was at risk using this tweet. Yes, it only has 8 favorites, and was likely seen by just a few Canadians. What? You don’t follow central bank branches on Twitter? You really should.

Preserving real estate prices using further unconventional policies is still an option, but much more dangerous at this point. Interest rates are only 1%, so a 3% cut is probably out of the cards. Even if it was an option, consumer debt levels are so high, increasing them would be a further drag on the economy. Afterall, more money devoted to servicing debt, is less money that can be spent consuming goods and services. Economies need you to consume goods and services to continue to grow. That’s how jobs get created.

None of this means there is a real estate crash in the picture soon. Isolating just this indicator shows us nothing more than national prices are greatly detached from fundamentals. Markets can stay irrational for a very long time, and the value of your cash can be reduced very quickly. However, the price increases we’ve been seeing are not rooted in a fundamental increase of value. This was just confirmed by one of the most influential banks in the world.

Note: Before a well intentioned Canadian questions the quality of data coming from the Dallas Fed, you should probably know they are the go to for housing information. Even white papers produced by the Bank of Canada and the Government of Canada use their housing data. Yes, a foreign government has the best quality data on Canadian real estate.