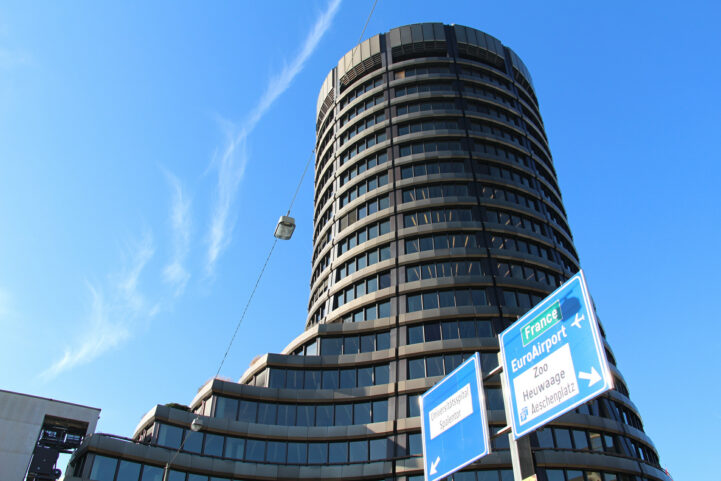 Canadian real estate prices have helped push Canada into a warning for a financial crisis. The Bank of International Settlements (BIS) published their quarterly review of central banks. The review is an exhaustive assessment of banking indicators, looking for any signs that could lead to stress at domestic banks. Canada is now flashing a warning signal for all four categories, which would typically lead to a financial crisis.

The Bank of International Settle-What?

The BIS is known as the bank for central banks. The Swiss-based organization does research and advisory for the 60 central banks that fund and own it. The goal is to make sure that monetary policy is more “predictable” and “transparent.” It’s a club, where central bankers can meet, without the prying eyes of their local governments. You know, so they can get advice from each other, that may not be all that helpful for regular people.

The BIS is one of the few organizations that flagged the US for a banking crisis. Despite knowing what was coming in the mid-2000s, the Great Recession still hit in 2008. Knowing something doesn’t mean you can do something about it. Although some of the world’s largest fund managers appreciate the warnings.

The most useful thing the BIS produces is the Early Warning Indicators (EWI). The EWI are a set of binary indicators, that look for rapid changes that can cause stress to the banking system. Binary indicator means they either warn or don’t, there’s no estimate of how serious the crisis will be. The Credit-to-GDP gap, debt service ratio, and the property gaps are the big EWIs you’ll want to know.

These are elaborate calculations, but they’re pretty simple concepts. The Credit-to-GDP gap is the speed of credit changing, in contrast to GDP (we actually touched on a similar observation on Friday). The debt service ratio (DSR) is the level of debt servicing, which are the payments required to maintain credit in good standing. The property price gap is how quickly home prices jump. I know, your real estate agent says quick moving property prices are a good thing. The BIS thinks it leads to banking instability.

The BIS quarterly, 196 page report notes that “Canada, China, and Hong Kong SAR stand out.” They can’t tell us when a financial crisis is going to happen. However, they do assign red or amber warning indicators. Either warning, has been indicative of a financial crisis, two-thirds of the time. Canada is the only country flashing warning indicators for all four categories.

The BIS notes special attention to credit-to-GDP warnings, when combined with a home price gap. Canada has the third highest credit-to-GDP gap, of countries that also have a home price gap. Only Hong Kong SAR, and Switzerland rank higher. Once again, a higher number doesn’t mean the correction will be more severe. It means the likelihood of the issue resolving itself is more slim.

Canadian real estate debt has been the primary driver of three of the four EWIs. This warning follows the US Federal Reserve calling Canadian real estate buyers “exuberant,” UBS ranking Toronto as the largest bubble in the world, and IMF expressing concerns to senate. It’s probably nothing.