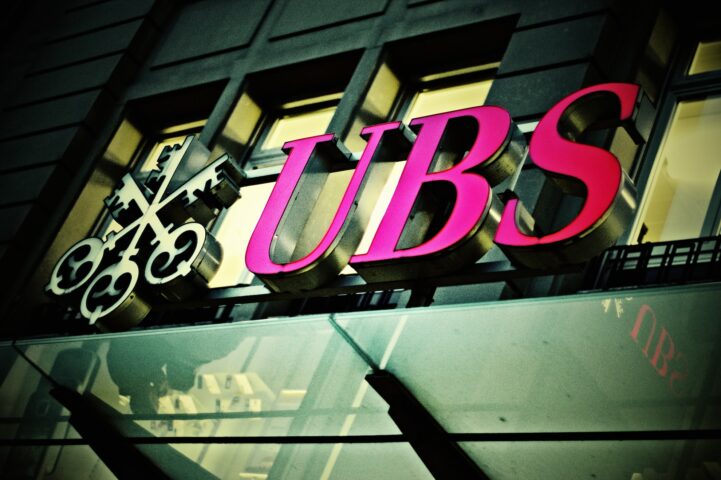 Swiss-based mega bank UBS, updated its Global Real Estate Bubble Index. The index, looks for cities that experience price climbs that disconnect from fundamentals. Topping the list this year is Toronto, and in fourth place is Vancouver. Let’s take a look at the bubble factors they’re observing.

UBS analysts note prices are elevated beyond logic in many global cities, with Canada nabbing two of the top spots. The firm attributes a combination of low interest rates and foreign capital, meeting up with a local “fear of missing out.” Yes, one of the world’s largest banks basically just said local FOMO is being taken advantage of by foreign capital flows. Probably not a new concept if you’re a regular reader, but it’s nice to see we’re all on the same page here. 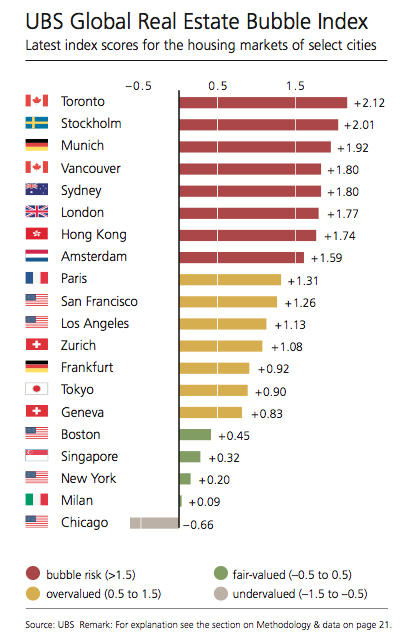 Topping the list this year is Toronto, which the bank believes is the most at risk market in the world. Analysts noted price growth reached an “excessive 20% year on year in the last quarter.” Inflation adjusted, prices have doubled in the past 13 years. Rents have only increased by 5%, and incomes less than 10%. The firm believes either a stronger Canadian dollar, or another interest rate hike, would send the market spiraling lower.

Vancouver is the only other Canadian city to make the list, and is fourth highest risk of being in a bubble. Analysts from the firm note that prices are up 25% year on year, when inflation adjusted. Incomes and rental prices are only up 3% and 5% respectively. Analysts don’t believe it’s as inflated as Toronto, but does note the market has “substantial downside and elevated correction risk.”

Bubbles aren’t necessarily scary, and sometimes they can just be a lull in the market while incomes catch up. Although some people argue that’s impossible. The report does warn that investors in these “wildly overvalued markets should at least not expect real price appreciation in the medium to long run.” Basically, they’re calling a top on price growth. How Toronto and Vancouver real estate responds to this is up to the local markets.