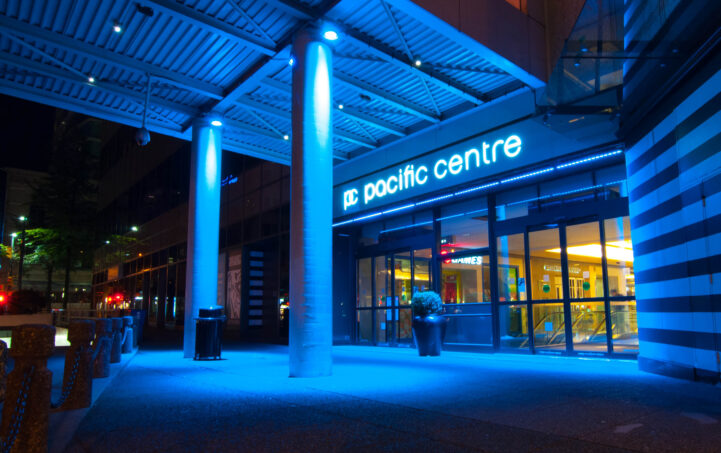 Canadian pension funds have quietly begun liquidating BC commercial realty. While some of have been unloading since last year, the coming weeks are likely going to see a storm of activity. Here’s our roundup of the three largest pension funds, what they’re selling, and how much they’re asking.

The OTPP is looking to sell a “minority stake” in its subsidiary Cadillac Fairview’s $4 billion portfolio of BC properties. Bloomberg reported that Cadillac Fairview is looking to raise $2 billion dollars from the sale. The portfolio includes some of Vancouver’s best known properties, including Granville Square and CF Pacific Centre (the second most profitable shopping mall in Canada according to Avison Young).

The CDPQ manages its “inflation sensitive investments” in real estate through its subsidiary Ivanhoe. Ivanhoe is currently looking to sell their remaining stake in the Metrotower complex for ~$400M. This comes after having sold Metrotower III to the Metro Vancouver government for $205 million late last year.

According to their 2015 report, BC represented approximately $4.5 billion dollars of their portfolio. The sale of all three assets could indicate a 28% reduction in BC holdings.

It’s important to note that institutional investors aren’t looking to make a quick buck on a flip. They have more than enough capital to withstand short-term losses. Typically they liquidate positions when maximum value has been achieved, so this may indicate a top in commercial real estate. If both residential and commercial Vancouver real estate has peaked, 2017 is going to be one heck of a year for BC. Good luck to the next government, they’ll need it.