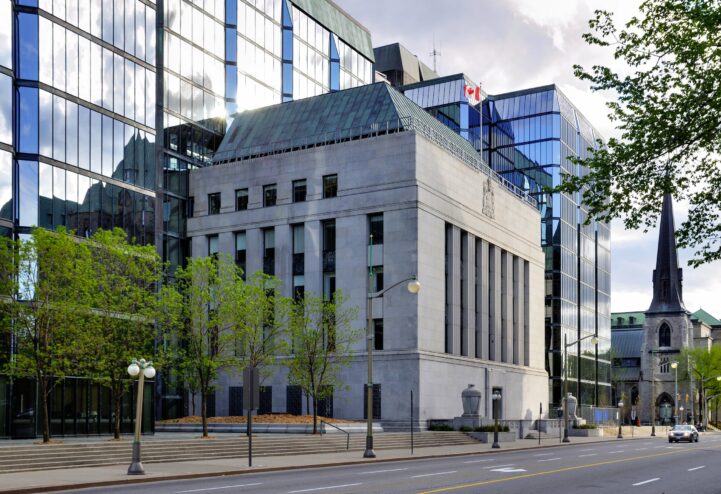 The loonie doesn’t look like it’ll be soaring anytime soon. The oil market sucks, millennials are getting squeezed, and the economy is concentrated in real estate. It’s no wonder analysts are now calling a further decline anticipating another 15 drop against the US dollar. On the other hand, that plummeting loonie could lead to a further rise in home prices.

The Canadian dollar has been depreciating against the US dollar as quickly as home prices have been rising. Actually, almost exactly. Since 2011, the loonie has lost 27% of it’s value against the greenback, while Canadian homes appreciated by 26%. That’s within one percentage point if you’re counting.

Canadian home prices when priced in US dollars declined in contrast to Canadian dollars.

It could just be a freakish coincidence, but not likely. Another way of looking at it is the value of labour has depreciated, but the value of homes have stayed the same. Canadian land is maintaining its value, but your labour isn’t. As surprising as that may be to some, it’s a routine line item to others. This is why professional money managers refer to real estate as “inflation sensitive assets”.

Inflation sensitive assets are assets that more closely resemble inflation than, well…inflation. While everyone’s heard the term, you likely don’t know how it’s calculated. This is why inflation is one the most misunderstood numbers, despite being so commonly cited.

Common inflation numbers like the Consumer Price Index (used by Bank of Canada) doesn’t reflect the real cost of goods rising, it measures spending behavior. For example, let’s say you buy a pound of cheese every week for $10, but it goes up in price to $15 the next year. You can spend a little more money, but you’re not the third Koch brother, so you can’t absorb all of the costs. You end up purchasing $10.20 of cheese, and you come home with 32% less cheese than you use to.

Most people would say inflation was 50% in that example because that’s the cost that cheese soared by. Strangely enough, inflation is really only 2% in that example. This is because the government only uses the cost you incur, not the fact that you take home both less money and less cheddar. So when…more experienced people say they used to buy more with their money, they’re right. Despite the fact that inflation only inched up by a few percentage points, the cost of goods soared much higher independently in Canada.

What does this have to do with rising real estate? Real estate is considered an “inflation sensitive asset” and not an “investment” by professional money managers like the Canadian pension plans. It doesn’t mean you can’t make money, but it does mean the money you make will more likely resemble the true cost of goods rising. In this case, the cost of doing business in American dollars – which is how we price almost all of our goods in internationally.

Canadian Homes in US Dollars

If all houses were priced in US dollars, the trend becomes a little more clear. Canadian home prices aren’t appreciating, you lose around 9% on the average benchmark price. We noticed a similar thing a few weeks ago when pricing Vancouver’s homes in yuan. This is actually a disturbing trend if you think about it – things don’t just suck for us. We’re being devalued on a global scale.

The Canadian dollar’s rapid decline against the US dollar. There are a few minor increases in value, but those tend to overlap with the US quantitative ease programs, that intentionally weakened the US currency.

If the Canadian dollar moves lower, we might see this trend continue. Actually, as long as Canadians can borrow the difference it will likely continue. We’ve already racked up epic amounts of debt dealing with stagnant wages, but we haven’t really acknowledged this at a national level yet.

The further decline of the Canadian dollar may continue to drive prices higher, for as long as we can support it. The question is, how long can Canadians borrow to continue to support it? Hopefully longer than the Canadian economy continues to drag.