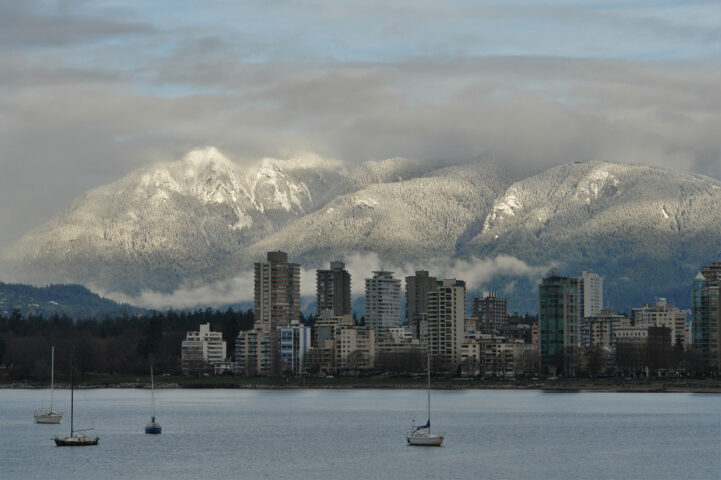 More than a few people have been saying that if there was a crash, we would see an increase on late payments on mortgages. This logic seems solid on the surface, but makes BC’s situation all the more confusing. People are purchasing homes at 21x the medium income, it doesn’t quite make sense that no one is missing payments.

We ran the latest Mortgage in Arrears report from the CBA, to see if any patterns occurred, and bingo! It didn’t take long to realize that a low percentage of people behind their payments may actually be the first sign of a bubble approaching.

It’s kind of tricky to understand the whole picture, so let’s use an example. Your friend, let’s call him Greg, buys a home for $900,000 with a $45,000 (5%) downpayment – taking out a $855,000 mortgage. Greg doesn’t care that the $5,826/month mortgage payment strains his budget, and that he can’t afford to save anything for retirement. Greg thinks that in Canada, housing prices “always go up” so he figures he’s making money on his home.

An unexpected turn drops housing prices by 10% overnight, so Greg’s home is now worth $810,000. His uncomfortable payments don’t seem worth it anymore, so he attempts to sell. Unfortunately, he would need to pay the bank $45k to get out of his current situation. Since he’s your average Canadian, he only has $1,500 in assets outside of his home – like most of the country. This means it’s impossible for Greg to get out of his mortgage without either borrowing more money, or defaulting on his mortgage.

The Bank of Canada is now worried that there are too many people like Greg. To prevent more Gregs, they raise interest rates – limiting the potential for bad loans. Here’s where things get sticky, when Greg renews his mortgage – it’s going to be at a higher rate. That higher rate is going to push his already barely affordable payment to completely unaffordable. He then falls behind, and then we have an uptick in arrears. This likely occurs a year or two after a market crash.

In a market of high demand, people have liquidity options. If you’re going to fall behind on your payments, you can sell and downsize fairly easily. This leads Canadians to responsibly sell their homes before declaring bankruptcy. In a market where prices are falling, there’s a lack of liquidity options. Or as they say in the stock market – no one wants to catch a falling knife.

When you graph the CBA’s latest residential Mortgages in Arrears report against home prices, this pattern is observed multiple times. Most prominent is in 2008, when a mini-scare dropped single family detached homes by 11%. This hiccup triggered late payments to soar 66% higher to a total of 1447 BC mortgages in arrears over the next 3 years. We also see the two trend lines diverge in 2014, when Vancouver prices started to experience exponential growth.

Interest rates are setting up for an unavoidable disaster, and this should be more concerning. As rates rise, the amount of money that can be borrowed by homebuyers is lowered, which cools prices (as you can see in 2008). This temporary rise in interest rates caused defaults to go soaring in the subsequent years. As Charles Souza told us earlier this week, interest rates will rise in the near future. If we look at history for any indication of what will happen next, it looks as though we should start preparing to see an increase in defaults as well.

Still Hoping For A Crash?

Most people think a crash would hurt foreign buyers, but it really only impacts locals. If you’re sitting overseas and the market corrects, you default. The end. Good luck to the banks trying to collect the balance on an overseas mortgages, it just won’t happen. However, the Gregs of the country won’t be so lucky. It might seem as though our low default rate is a signal that all is good in our housing market, but it’s quite the opposite. Looking at isolated indicators without looking at the whole story doesn’t paint an accurate picture. There’s a story that’s not being told here, and Canadian’s need to be aware so they can adequately protect themselves.