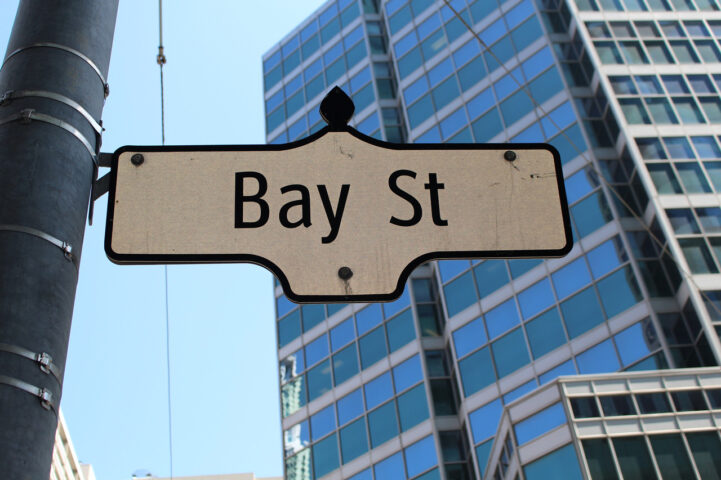 It’s no secret that smart money has been piling into bets against the Canadian housing market, but now it’s reaching an epic scale. A little digging revealed that more than $13.7 billion in short bets are being placed against Canada’s big 5 banks – that’s right, our big 5. While it could just be a number of poorly guided investors (billionaires be cray-cray), we noticed that banking insiders are now starting to make interesting moves that might pour gas on this fire.

Household debt is reaching ridiculously high levels, with the bulk of it coming from mortgages. Currently the average Canadian has a 166% debt to income ratio – which means they are spending roughly $1.66 for every dollar they earn. You can probably see why this is a problem, and analysts are increasingly becoming worried that a quick move in unemployment, or interest rates could force these consumers to default on their mortgages.

A little while back we did a breakdown that indicated some banks were trimming exposure through a decrease in their mortgage businesses, and some were increasing the percentage of insured loans. The Bank of Nova Scotia (aka Scotiabank) seems to be the most cautious, having reduced their mortgage portfolio by a whopping 37.77% to $117 billion over the past year ending in second quarter of 2016. Additionally, they increased the percentage of mortgages that were insured by 23.2%. The strangely aggressive move seems to contradict what’s being widely reported about how our large banks feel about the housing market.

Inside Stock Sales At Banks

The banks aren’t the only ones looking to reduce exposure, it appears insiders are reducing exposure in their own banks. A common way for analysts to gauge the internal sentiment at a company, is to monitor the number of shares being sold by insiders. Afterall, if you worked at a company you knew was going to kick a**, you would probably want to demonstrate your confidence by buying into your company. If you knew there was an upcoming risk, or you’ve hit peak, you would probably try to remove as much of your money as possible to avoid losses. Analysts commonly monitor insiders to see if the net flow is positive (more shares are being purchased than sold in total), or negative (more shares are being sold than purchased).

A whopping $89 million more in shares were sold than purchased collectively by insiders at Canada’s banks, according Canada’s System for Electronic Disclosure by Insiders (SEDI) over the past year. Probably worth noting that this is in contrast to big US banks, where executives at JP Morgan and Bank of America have purchased US$12,213,381 and US$1,296,900 more shares than they sold.

BMO led the pack of five, with their executives selling $27,877,194 more shares than they purchased – this includes $500k worth of shares being sold by their CEO, and a whopping $9,242,320 being sold by their CFO Thomas Flynn in just the past year. I know what you’re thinking, the Chief Financial Officer has no idea how a bank is doing, so don’t place too much thought into it.

Scotiabank is by far the most interesting however, since the bank’s CEO Brian Porter has been the most vocal about housing prices. In addition to the bank making aggressive moves to reduce housing related risk, bank executives have sold $14 million more shares than they have purchased in the past year. Porter, who has said he’s “a little concerned about housing prices in the Greater Vancouver area and Toronto”, seems to be putting his money where his mouth is. He put up his mansion for sale just six months after purchasing it, and has let go of $11.9 million worth of shares. Making CFO Sean McGunckin’s $500k worth of sales seem tame in contrast.

We’re sure it’s all just big coincidence. Afterall, Canada’s Big 5 are stable pillars of which the Canadian economy revolves around – renowned for their security. Although, that’s what they said about Lehman, and there was no hint that they were in trouble. Well…there was that trade on June 13, 2007, where a sale of $22,636,375 worth of Lehman shares were sold by then CEO, Richard Fuld Jr – around 77 days before they announced their mortgage issues. But this is Canada, that could never happen, right?


Edit: Since we had a number of emails inquiring if $13.5 billion is a big number, I’ll just qualify that by saying it’s roughly 4% short interest. A bank like JP Morgan that has approximately the same market cap of the Big 5 combined has 0.5%. Take what you will from that.

We’re building a different kind of news outlet that aims to stimulate discussion, but we need your help. Like this article? Share it with a friend. Hate it? Give us a tweet and tell us why.

Journalist that found inspiration in this story? Give us a shout and we’ll share our research. Beats the heck out of recreating the articles source by source, no?

Written with contributions by Stephen Punwasi.