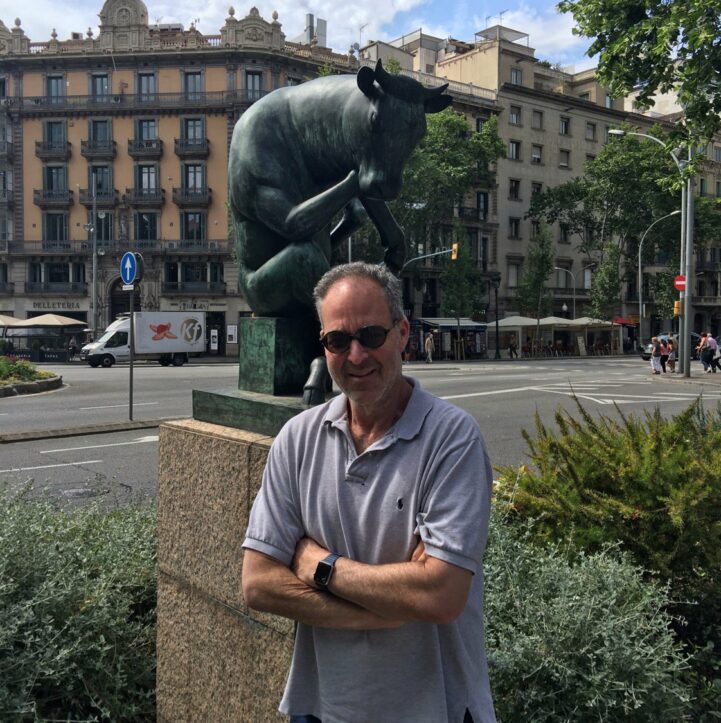 You may not know who Marc Cohodes is, but the 55 year old retiree is a Wall Street legend. So when the man the New York Times once called “the highest-profile short-seller on Wall Street” decided to come out of retirement, we were dying to get in contact with him to see what he was betting against – turns out it’s the Canadian housing market.

Before retiring, Cohodes previously ran one of the largest hedge funds in the world, Copper River Partners. They managed over $1.5 billion in assets, and made a fortune betting against companies whose books and practices didn’t quite make sense. In 2008 Marc quit the financial game after a correct bet against Lehman resulted in a complication between Copper River and Goldman Sachs, which led to the fund’s demise.

Since then he’s retired from his trade desk, and runs Alder Lanes, a swanky chicken farm in Sonoma County, California. That is, until he started following the Vancouver and Toronto housing market, which in his words “makes the US look like Sunday school with what’s going to happen.” So we sat down with Marc and he explained to Better Dwelling co-founder Stephen Punwasi, the perfect storm he sees in the Canadian housing market – a mixture of rising home prices, foreign money laundering, and an unregulated sub-prime lending system most Canadians don’t even know exists.

Our first question to Marc, was the most obvious—what’s with the rising home prices in Canada? His response:

“Supply and demand doesn’t make sense” Cohodes explained, “Income levels are up in the GTA, but they’re not up as high as housing”. He might have a point, housing prices in the GTA over the past 30 years are up 188% and income has only risen around 1%. So why are buyers scrambling to purchase homes they can’t afford?

“The Country is using housing as an economic generator, and it’s going to be an economic killer…housing is shelter, and right now it’s being used for speculative purposes”. With the average Toronto home appreciating $550 per day, buyers have been piling in faster than people can sell their homes, and Cohodes thinks this is “not an organic situation, and it’s dangerous.”

“Don’t buy the supply demand noise. There’s plenty of places to build and live [in Canada]. It was the same story with Phoenix, Las Vegas, and Southern California when housing blew up here”.

“You have a story that people laugh at, a college aged girl buys a $31 million dollar place to live in, she didn’t earn that money herself. She said it was her father’s, when they asked what her father does she said she doesn’t know.” While he didn’t specify the specific story he was referring too, he does appear to be referencing Tianyu Zhou, a “student” at UBC that was able to purchase a $31.1 million mansion in Vancouver’s Point Grey. As a student, Zhou was able to obtain a $9 million dollar mortgage from CIBC. Interestingly enough, her LinkedIn says she worked at the UBC cafeteria in her first year – a gig typically reserved for low income students.

“It’s international money laundering coming into Canada…regulations are very lax”, he further explained. “China has capital controls on their money, and Canada does not have respect for a nation that has capital controls”. Bloomberg estimates that US$500 billion in capital has been moved out of China by mostly individuals, with a significant portion of it landing in Canada. Much of that has been moved into the Toronto and Vancouver housing markets.

If you’re a Canadian that has your mortgage with one of the Big 5 banks, you most likely don’t realize that we have a bustling sub-prime lending industry that exists with almost zero regulations. A few have interest rates as high as 15%, with a 15% fee for renewal after the first year (because what’s an extra $150,000 on a million dollar loan right?). Some go so far as to lend you your down payment, so you can skirt the federal regulation of minimum down payments. Or as Marc says, “As long as you can borrow more, you can keep the Ponzi going”.

Home Capital Group (HCG) is where Marc is betting the implosion of this industry will begin. Despite not being a household name, HCG has built a mortgage portfolio that’s around 1/5th the size of BMO, impressive considering BMO had a 160 year head start. Shortly after Marc began shorting HCG, an anonymous letter to the board of directors explained irregularities in their numbers, which forced the board to launch an investigation. The board revealed around $1 billion in fraudulent loans, that they traced back to 45 brokers. They stopped doing business with the brokers, and that $1 billion was quietly adjusted to $1.9B.

“Home Capital Group has admitted to $1.9B in fraudulently underwritten mortgages last year alone,” he explained. “FSCO, who regulates the brokers, hasn’t punished the brokers. The problem is when there’s criminal behaviour going on—and originating fraudulent mortgages is criminal behaviour… you’re allowing one class of individual to benefit another. If you allow it to go on, what’s the deterrent?”

Find that a bit confusing? Marc broke it down for us, “if I went to your town and robbed a bank and broke the law…and you caught me and know who I am. My punishment is ‘you need to leave town tomorrow, I won’t name you but you can’t do this around here no more’, what  urges me to stop? Me and my whole crew should be put in jail, there should be an investigation by the RCMP on exactly what happened, and who was involved.”

It’s hard to argue with that, most of us would say yes, there should be an investigation and someone should serve time. He goes on to say: “Were these mortgages insured by the CMHC?”. The 45 brokers have not been named to the regulator, and HCG has said that taxpayers are on the hook for the fraudulent loans, as they are mostly insured by the Canadian Mortgage and Housing Corporation.

Advice For The Canadian Government

Marc, far from shy “invites any regulator or politicians” to contact him. “I could stop it in a week…they just seem to not want too. They want to hold meetings, and take half a million dollars and look into it”, referring to the Liberal government’s recently announced StatsCan program that will take the next year to collect data on foreign ownership. He also suggests the biggest improvements will be made by having the government focus on cracking down on illegitimate foreign ownership, and unregulated private lenders, that he refers to as our “shadow banking industry”.

“China has capital controls for a reason…stop the conduit of money coming from China into housing. Stop it meaning, who are these people doing it, where are they getting their money from, who are the banks involved?” Marc states “I would work with the Chinese government, because they don’t want this happening.”

“It’s clear in BC, massive amounts of money are being laundered into the housing and real estate markets, and that stuff should be stopped immediately”, he further suggested. “I urge the government to do a whole lot more than say ‘we’re studying it’”

What Marc has to say about alternative mortgage lenders

Marc thinks “They [the Canadian Government] should make HCG disclose exactly what’s going on there….FSCO should have HCG name names, and arrest brokers.”

He was also very direct when questioned about advice for Millennials looking to enter the market in Toronto. “If you don’t own a place, rent. If you own a place, and someone wants to buy it at the right price I would sell it in a hurry.” Then added “It’s not the end of the world to rent.”

Being a short seller hasn’t made Marc popular with investors, but his ability to mow through numbers and point out logical inconsistencies is so legendary they teach about him in some of the top business schools in the world. The real question is, now that we’re all aware of skyrocketing home prices, foreign money laundering, and unregulated sub-prime lending, how do we convince our government to sit up, take notice and make some changes?

Here’s an idea, why not tweet your thoughts to our fearless leaders?