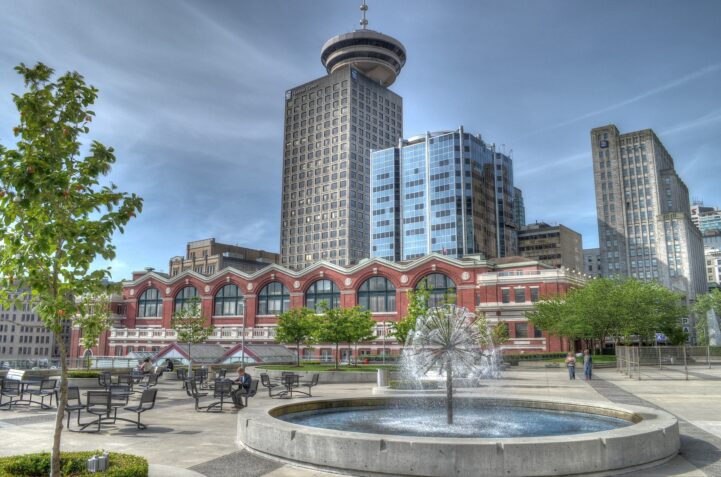 Enough about them, let’s talk about us. Foreign money plays an undeniable role in Canadian real estate, but are non-residents being scapegoated for our mania? Carrie Law, the CEO of Juwai, China’s largest overseas real estate portal, thinks so. Law, who is one of the most influential people in global real estate, believes that places like Vancouver will face downward pressure on real estate prices soon.

However, she doesn’t believe the pressure will come from expanded non-resident taxes. Mainland Chinese demand for Vancouver real estate peaked in 2015, and is declining. Instead, she says the problem is cheap and easy credit. This was addressed by the Office of the Superintendent of Financial Institutions (OSFI) in October. More interesting though, when we dig through the Bank of Canada’s notes, it seems like they would agree.

Chinese Demand Has Been Tapering

Law explains Chinese demand has been tapering, but prices have continued to accelerate. “Our data shows that Chinese buying interest in Vancouver peaked in 2015,” she explains. “The overpriced market and lack of inventory has restrained Chinese demand since that time.” An interesting point, that may actually be reflected in our numbers when looked at closer.

Source: BC MoF, Better Dwelling. The massive first data point is most likely due to the “warning” non-resident buyers received. This likely forced a number of non-resident buyers to accellerate purchases likely to have been later, into a smaller window. The number of sales in December 2017, actually sits pretty lose to the median number of all sales.

Metro Vancouver property transfers to non-resident buyers are up according to the Ministry of Finance. There were 190 non-resident property transfers in December 2017, up 13.09% compared to the year before. However, it’s important to remember how these sales are recorded. Condo pre-sales aren’t recorded as a transfer, until the building is completed.

This means transfers may have been demand from pre-sales. Pre-sales registering today, would have been initiated years ago. If 2015, was a scorching hot year for foreign buyers (it most certainly was), then these completions would be getting recorded now. This of course assumes these buyers are holding the properties through completion, and not flipping them before registration. Assignment flipping would not really be done through Juwai. Typically a developer has a special relationship with bulk buyers of assignments, whether domestic or international.

Did The Bank of Canada Know They Were Creating A Bubble?

Law instead suggests the Bank of Canada is to blame. “Vancouver’s housing boom was born in the halls of the Bank of Canada, where interest rates are set, rather than the streets of Beijing,” she explains. “When rates are low and credit flows, prices go up. It’s the first thing every university student learns about the housing market, and it has nothing to do with foreign buyers.”

“Vancouver’s housing boom was born in the halls of the Bank of Canada, where interest rates are set, rather than the streets of Beijing”

The Bank of Canada has actually echoed this statement… a few times. In 2010, former Bank of Canada governor Mark Carney stated “Experience suggests that prolonged periods of unusually low rates can cloud assessments of financial risks, induce a search for yield, and delay balance sheet adjustments.” You only need the first two parts for today, which means people will chase returns with excessive leverage.

Fun fact: Carney repeats a nearly identical statement to the UK Treasury Committee, before being appointed Governor of the Bank of England in 2013.

Just a few months later, former Governor Carney addressed the Vancouver Board of Trade, sharing his observations. “Cheap credit has been used to bid up the price of Canadian houses, a non-tradable good, rather than invest in expanding the productive capacity and export competitiveness of our businesses.” The implication here, is that Canada has used cheap credit to take out mortgages. The Bank of Canada was hoping it would be used by businesses to expand. Whoopsie!

Regulating Cheap Credit Will Have Bigger Impact Than Taxing

If the Bank of Canada thinks cheap credit is to blame, then reducing access would be the most effective measure, right? That’s the same page Law is on. “In Juwai’s view, the most important policy decision with respect to the BC housing market was made in Ottawa last October,” she explains. “The decision by the OSFI to hold Canadian mortgage applicants to higher standards will get to the heart of the cause of the property boom, which is cheap and easy credit — especially for investors.”

The new OSFI B-20 Guidelines she refers to does exactly that, reduces a borrower’s maximum credit capacity. Stress testing broadly rolled out at all Federally Regulated Financial Institutions (FRFI), reduces the maximum mortgage size by around 20%. This drops the supply of credit, making it harder to absorb home price increases.

In addition, it pushes banks to adopt better risk controls, including borrower income verification. Canadian banks had questionable income verification controls for both those with domestic or foreign income sources prior to B-20. This is no longer being debated, but acknowledged by international credit agencies.

These new B-20 Guidelines solve a foreign income problem, that a non-resident buyer tax can’t solve. Increasingly, newly immigrated families have been buying property, where the income source hasn’t been clear. Vancouver-based journalist Douglas Todd noted this in a 2015 piece, where he highlights the phenomenon of poverty level incomes being declared by some of Vancouver’s newly minted mansion owners. The reason is widely believed that those earning income overseas, just aren’t declaring their incomes locally.

Many of these are not technically foreign buyers, but are Canadian immigrants. They are exempt from foreign buying taxes, could still qualify for a mortgage using foreign sourced income, and many were not declaring any income in Canada. Post B-20, that’s not allowed. CIBC gave us some insights on the adoption of the new guidelines.

Income sources used to qualify for a mortgage, should now be verifiable and legal. Notifying the CRA of your cash pool, and paying any outstanding taxes is now a needed to get a local mortgage. This won’t stop those that have already bought, but will slow down people thinking about doing this in the future.

The role foreign money plays in Canada’s housing market can’t be discounted. Non-resident speculators undeniably play a role, but how and why that money is here is an important question to be asked. Even if non-residents were 25% of the market, that’s still 75% of the domestic market readily absorbing the price increases. Speculators, whether international or domestic, can’t make money unless they can sell. Usually you need to sell to those with local incomes… or at least a local ability to absorb the increase through credit.

Canada’s banking system has until now, focused on making homeownership attainable by expanding the credit supply. Rather than curbing and containing higher home prices, we enabled them. Now that B-20 and climbing interest rates are curbing that supply, speculators will see less opportunity to sell for a profit. Both foreign and domestic.