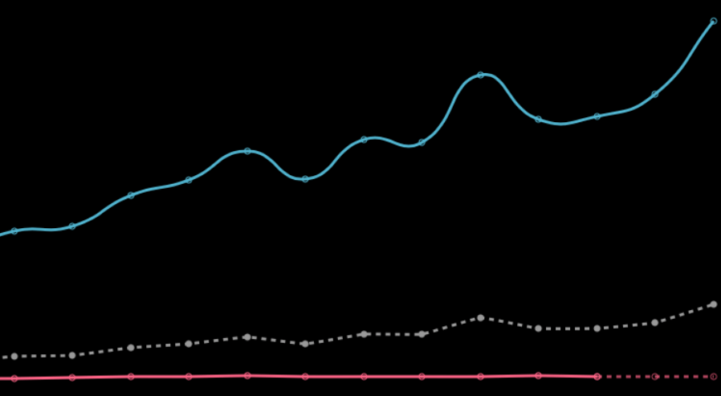 Are Vancouver millennials being screwed as badly as those in Toronto? Turns out not quite as hard, but it’s still pretty bad. Over the past 15 years, the average Vancouver household income grew just 10.75%, while housing grew *drumroll* 172% (inflation adjusted). Incase you missed it, Toronto’s housing prices grew 188%, while the median income grew just 0.38% – that’s right, less than a percent.

Most experts recommend a home that’s approximately 3-4 times your income. So we thought we would do a quick check to see where those income levels would be. Turns out you would need a family income of  $318,275, a whopping 322% rise over today’s income. Call us pessimistic (it’s the Millennial in us), but we don’t see that happening next year. Feel free to remember this point the next time you hear about how “robust” the economy is.

How Did You Get Your Numbers?

A common practice in finance is to use inflation accounting, adjusting all numbers to the dollar value of a single year. We adjusted those numbers using the Bank of Canada’s official rate to 2016 dollars. Housing data was courtesy of the GVREB, and we used January as the baseline. StatsCan only provides data up to 2013, so the 2015-2016 income levels were estimates we arrived at by analyzing the previous years. Some banks, like Royal Bank, have estimated that the median income in Vancouver during year of 2015 was as low as $63,000.

Not so fun fact (and why we sometimes use estimates):

Have you ever heard a politician talk about our robust economy and you were thinking ‘what the hell are they talking about?’ That’s because those nifty census forms you fill out take up to 5 years to process. The most recent data for things like income are 2013 – just think about that for a second. Uber was just a limo company, SnapChat was just founded in someone’s dorm, and no one knew what the hell ISIS was…so you’ll have to forgive us if in 5 years you find there was a minor statistical variance from our 2016 numbers. We try to move faster than the speed of government.