Interactive map of percentage return including all housing types. The map covers from June 2015 – June 2016. 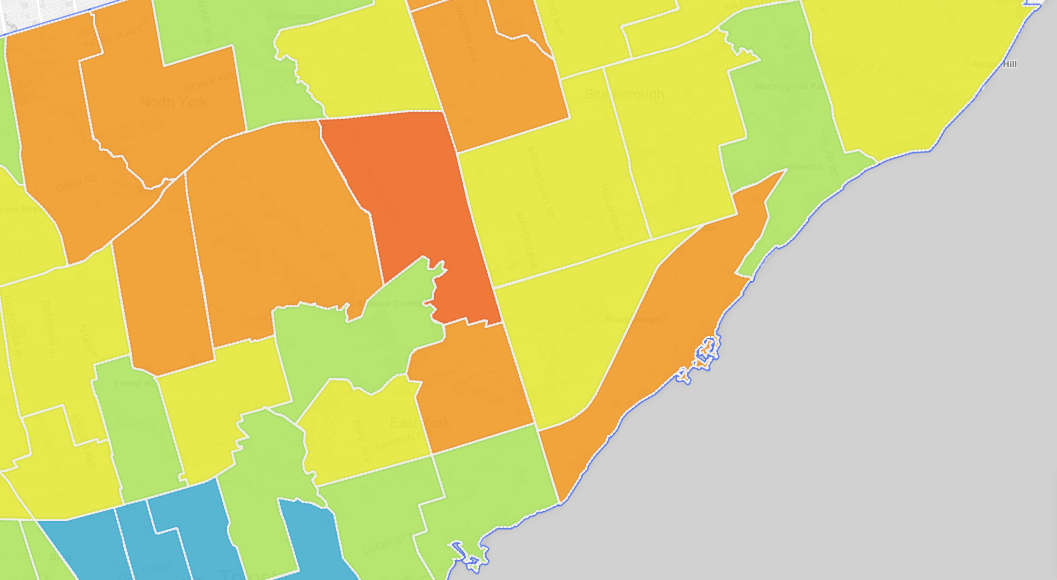 The Toronto real estate bubble talk didn’t slow down buyers in June, with the Toronto Real Estate Board (TREB) citing a 7.46% increase in sales activity over June 2015. Notably lagging behind the booming city is downtown Toronto, where the benchmark prices returned the lowest of the 44 wards.

TREB’s brand spanking new president, Larry Cerqua expressed concerns about “constrained supplies” as demand remained at a record level, but further said “we are certainly in an interesting environment for ownership housing.” He went on to say “As the federal, provincial and local levels of government discuss housing policy in the coming months, issues affecting the lack of supply in the GTA should be of paramount importance.” Paramount importance? That might be a bit of an understatement there Cerqua.