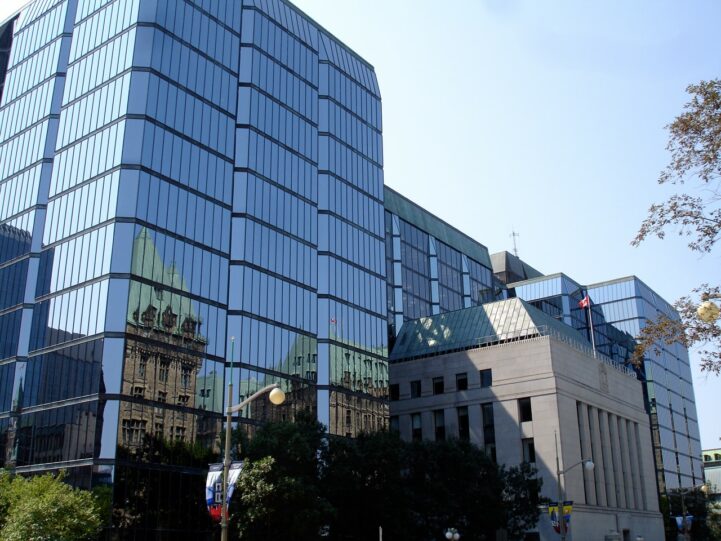 Despite the known correlation between interest rates and speculation, Stephen Poloz, head of Bank of Canada (BoC), maintains they aren’t related. In an interview last week, he boldly claimed “I don’t think even a five percentage point difference would take you away from [speculation].” Most people didn’t catch a keyword in that statement, think. As in he didn’t actually do the math. Rather than leave that thought as a mystery for the ages, we crunched some numbers to show you what the likely impact of a 5% rate hike would look like. So here’s what we know about interest rates, their correlation to speculation, and the impact of raising rates.

First off, the difference between a speculator and an investor needs to be made clear. A real estate investor is someone that purchases real estate, improves it in some way, and a couple of decades down the line sells it (ideally for a profit). If it’s a second home, they would rent it out, and focus on maintaining sustainable cash flow to improve their returns. An investor is often playing with their own money, borrows conservatively, and mitigates risk as well as possible. Markets don’t have to worry too much about these people, because they’re in it for the long run.

A real estate speculator is someone that purchases a house (or two or three), because they have a feeling there’s going to be a sudden surge. They flock to where they believe qualified buyers are, because they need someone to buy their speculative investment. They don’t rent it out, because they need to liquidate it whenever they find a “peak,” or if the market turns South. Some speculators I know couldn’t even tell you where their property is located, it’s just a piece of paper they plan on trading. They often operate on leverage, and the ability to borrow cheap money is crucial to their operation. The money needs to be cheap enough that returns will easily eclipse the cost of borrowing.

Low interest rates created a larger pool of qualified borrowers than ever previously existed. Interest rates impact mortgage rates, which directly impacted the size of mortgages Canadians could take out. If the cost of borrowing is high, you can’t afford to borrow quite as much. The reverse is also true, if the cost of borrowing is cheap – you can “afford” to borrow more. Since we’re at historically low rates, there’s more “qualified” borrowers than ever. New buyers were all of a sudden prey for speculators.

This cheap money isn’t just available to buyers, it’s also available to speculators. When the cost of credit fell to almost nil, buying real estate became the equivalent of getting a low cost call option on a property’s future. If that was too finance-y, it means you’re betting real estate will appreciate faster than the cost of borrowing. Which is a pretty good bet, because it has to appreciate just a touch over inflation to profit. Beats the heck out of a 10 year Government of Canada bond, which was a little safer, but pays less than inflation.

It was almost stupid to not buy property at these rates, since it was almost free money. This didn’t just give speculators more capital, it created speculators out of people that would normally not be able to play the game. These aren’t Bay Street suits with wads of cash. Everyone from your barber to grocery store clerks are turning into real estate speculators. Cheap rates, a larger qualified buyer pool, and the expectation that you can always make money, turned shelter into lottery tickets.

Toronto real estate maintained a fairly consistent buffer until 2013. This is when Equifax’s mortgage fraud flags increased by 52%.

I only used the comparison to 2013, because that’s where things get murky. Interest rates still went down, increasing the size of mortgage people can carry. However, prices disconnected from borrowing rates. This was the year Equifax saw a 52% surge in flags for mortgage fraud. Toronto became so synonymous with mortgage fraud, Americans now call inflating your income for a mortgage a “Brampton loan.” Brampton, for those that don’t know, is a Toronto suburb that’s being called out for entertaining dodgy mortgage practices. People like US short-seller Marc Cohodes have been warning Canadian regulators about this for years.

An Equifax survey in 2016 also found Canadians are becoming comfortable with mortgage fraud. 13% of survey respondents said it was okay to lie on a mortgage application. As rates continue down, even adding the risk of being caught for mortgage fraud leaves speculation attractive. These people that would not have otherwise been incentivized to buy a home, added fuel to the fire—accelerating prices.

The Province of Ontario’s financial watchdog thinks that a one percent hike per year is a safe climb, so let’s use that number. I’m also an optimistic person, so let’s assume the median income increases at the target rate of inflation – even though last week’s stats show we’re falling behind. If mortgage rates continue to be an average of 2.37% higher than interest rates, households will see a 33% reduction in borrowing power.

Projected numbers use a 1% rate hike per year, adding 5% over a period of 5 years. This might seem aggressive, but the Financial Accountability Office of Ontario is modeling for a similar hike, and considers it safe. Projections are in 2017 dollars for simplicity, but the sticker price of homes likely would adjust to inflation/deflation.

Since borrowing power propelled prices forward, the opposite would be likely as well. This means home prices would fall around 30%. That is, if there isn’t a massive devaluation of currency, and they commit to cracking down on fraud.

Speculation has to do with incentive, and risk. Lowering rates increases the amount of qualified buyers (a.k.a. demand), and lowers the risk associated with investing. If there’s little risk, and a flood of demand, prices will move higher. Increasing rates presents significant risks, and lowers the number of qualified buyers. This would likely result in more incentive for investors to return to safer plays like fixed income investing, such as bonds.

Now whether or not he should raise rates is a different story. The BoC could easily cool the market by increasing interest rates, but that’s not their mandated job. They’re an independent body created to ensure that antiquated measures of inflation are kept on target. They’ve never had to “cool” housing markets before, they are literally there to ensure they can keep CPI between two target rates, and nothing else. However, don’t say you “don’t think” an interest rate hike will impact the market, because that’s not true.