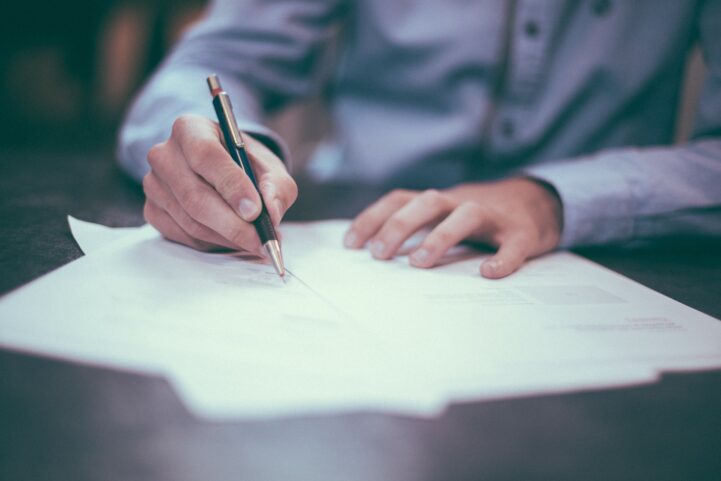 The cost of shelter in Canada has been skyrocketing for the past few years. So much so that analysts and economists have been scratching their heads at how it’s possible that so many Canadians can afford homes at these prices. The answer might be simple according to mortgage broker Scott Nazareth – fraud.

Scott, who is also the founder of Loanerr, estimates that mortgage fraud is much higher than people would think. “Many people may not consider ‘fraud’ the word to use for a ‘white lie’ for omissions of information to their broker or bank” he explained. “[but] they may be surprised to note that any wrong information on their mortgage application is considered fraud.”

No, these aren’t super villain-style gangsters that dabble in mortgage fraud when they aren’t trying to kill Spiderman. Many are regular Canadians scrambling to get into the real estate rush, but can’t afford it by regular standards. In fact, a lot are families trying to buy a home before prices become so high it’s no longer a reality. Scott estimates it’s “as high as 20%,  or 1 in 5 people.” He explained some people may “strategically try to withhold information or inflate their income through various means.”

Those precarious employment opportunities Finance Minister Bill Morneau is telling us to get comfortable with, seems to be a major contributor. According to Scott, a large segment of people that commit fraud are sales, contract, and seasonal workers. “Mortgages require at least a 2 year tenure in their job, and usually up to 3-4 years industry tenure for a bank/credit union to consider their income as part of a mortgage qualification… This hurdle or relative difficulty posed by CMHC/Genworth/Canada Guaranty and Financial Institutions themselves motivate borrowers to try and omit important employment details.”

This is the difference between what the median household qualifies for, and the cost of a benchmark home. A household earning the median income would have to make a downpayment this size, or lie about their income in order to buy an average home.

How Does It Work?

How do Canadians commit mortgage fraud? Let us count the ways…actually, a little digging revealed there are hundreds of ways so we asked Scott to give us the three most frequent methods he keeps an eye out for. It turns out falsifying owner occupancy, hiring a shady mortgage broker to forge documents, and a little personal financial engineering, are the most common.

If you’re purchasing a home that you plan on renting out, you generally need to have a downpayment of 20% or more. Rapid price appreciation has resulted in people forging owner occupancy to get around this rule.

Turns out it’s actually pretty easy to falsify whether a property is owner-occupied or a rental, which might be why so many Canadians are doing it. “Aside from an affidavit, there is no measure to ensure that property is in fact owner-occupied or was intended to be owner occupied,” explains Scott. “If someone is a first time homebuyer and they want to buy a property with 5% down, and they don’t own another property, if they turn around and rent the place thereafter – there is nothing anyone can do about it.”

We’ve all heard the stories about mortgage brokers that fabricate documents to help secure a mortgage. Last year former hedge-fund manager Marc Cohodes told us that Canada was filled with rogue mortgage brokers, especially in the Toronto suburb of Brampton. Now mortgage broker Scott is echoing those claims.

“This one disgusts me,” he explains. “but it does happen a lot in Brampton, a shady mortgage broker may completely falsify all employment documentation, and facilitate the transaction with a known person, whether through the broker channel or through a bank not on the broker channel.” He further explains “A person can request company ABC – to create pay stubs, an employment letter – and confirm via telephone that this person is gainfully employed, when they are not.”

In case you didn’t get that, the rogue broker fabricates a whole career for the customer. Often the owner of the brokerage has no idea that a broker is doing this, and it has become a problem impacting some of the larger lenders. In 2015, Home Capital Group suspended 45 brokers, alleging that they committed $2 billion worth of fraudulent mortgages using similar techniques. This move has become so synonymous with the suburb of Brampton, American fund managers have begun calling it “a Brampton loan.”

“People who may not be able to qualify for a mortgage based on their debts, may ask family or friends to loan them money to pay off debts” explains Scott. And unless your friend or family member is a bank or credit union, this won’t show up in credit bureau. It will however, “reduce their overall ratios in order to qualify,” Scott tells us. This only moves the liabilities to someone else, who the shuffler will likely default on. The rules are there for a reason.

Consequences For The Borrower

There may be fines for the broker, or they may suffer internal discipline – but ultimately you’re responsible for the circumstances you create. “When a bank specialist/broker is really hungry for business, and does not want to accept a “decline” from lenders – they may entice a consumer to inflate assets or omit information,” Scott told us. “…but in 95% of cases, consumers would have to sign off on the information disclosed to the bank.”

Cops won’t be kicking in your door tomorrow, but there are consequences Scott warns. “The biggest consequence is having a mortgage/debt that you cannot afford, as it can put a daily stress on your family, and impact your finances for the life of a mortgage.” In a hot market, your home generally has liquidity – so default rates are low. It’s when the market starts to experience hiccups that you might not be able to unload that 5 bedroom in Oakville. That presents a few issues if you were living paycheque to paycheque when you purchased it.

“If a lender or broker suspects mortgage fraud, they may contact the insurers or FSCO and report the matter, which can result in your inability to obtain financing because a “fraud” notice will appear to any lender on your credit bureau.” noted Scott. So there’s a the possibility of being branded with the scarlett “F” on your credit portfolio. Although I imagine someone that just attempted to trick a broker, isn’t above borrowing an identity from a friend.

So what do you do if you can’t afford to buy a home? Find a mortgage broker, and be blatantly honest. Scott suggests finding a brokerage that “focuses on transparency.” He further adds that honest brokers “do not turn people away who do not qualify.” Instead, “we work with them over time to educate and prepare them for the goal of homeownership.” Yes, homeownership is a goal, not your right.