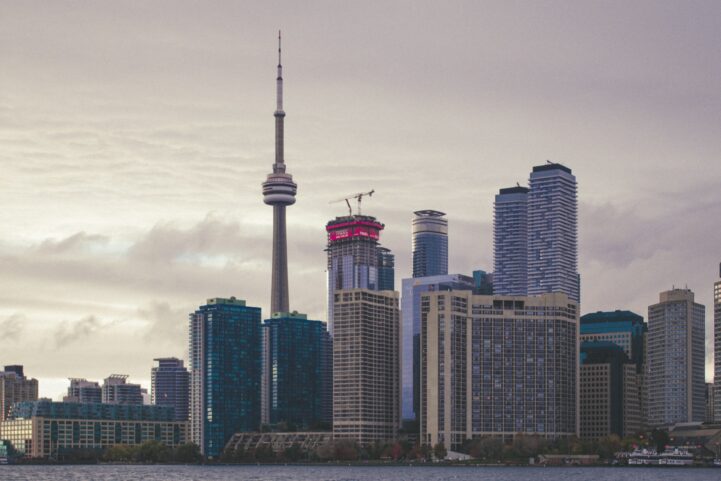 Everyone’s been struggling to explain Toronto real estate prices, and the government thinks it found an answer. The Canada Mortgage And Housing Corporation (CMHC) studied major urban markets, and modeled where they should be. The government owned organization concludes that more than half of Toronto’s real estate price increases can’t be explained.

Models are never 100% accurate, but a well planned model is much better than saying “it always goes up.” Or you know “immigrants.” CMHC analysts breakdown their model into three major characteristics – personal disposable income, young adult population, and mortgage rates. All three of those are “real” measurements, meaning they’re adjusted for inflation.

More Than Half of Toronto Real Estate Price Increases Are “Unexplained”

Greater Toronto real estate prices were soaring, even before the epic run in 2017. Prices increased 40.19% in real terms, from 2010 to 2016 according to the CMHC. Real disposable income accounted for 5.04 of those points. The young adult population (a.k.a. population growth), accounted for 8.09 of those points. Real mortgage rates represented 3.22 points. Yes, that leaves 23.84 points to the unexplained – or almost 59% of the price increases.

That’s before any of the gains in 2017, which reached over 30% at one point. To make that clear, the CMHC believes the compound annual growth rate should have only been 2.56% per year. The city more than doubled that rate during that period.

More than half of Toronto price gains are unexplained, pretty spooky! The CMHC actually addresses this as unmeasurable demand side factors. To those that don’t deal with assets on a regular basis, this usually means a shortage of supply, perceived shortage of supply, and/or plain ole’ exuberance. Before the developer bros start high fiving about the shortage of supply, and housing activists start crying foul – let’s quickly touch on supply shortage.

Much more homes were built, than households formed during the period the CMHC studied. That’s not a secret. Even old school bank economists like TD’s Brian DePratto, have pointed this out. A shortage of supply doesn’t mean that there wasn’t enough housing for the number of families in the city. It means there wasn’t housing for everyone who wanted to buy at the same time. There are several types of buyers, which range from millennials looking for a starter homes and families looking to upgrade, to speculators and urban landbankers looking to chase yields.

Not all of these buyers are permanent demand. Speculators and yield chasers are only in the market, for as long as the market accepts exuberance, which the US Federal reserve has been quietly observing in Canada. Once exuberance dies down, speculators tend to release a lot of the pricing pressure. Once that pressure is released, we typically see prices “walk” closer to fundamentals. Which in this case, could be a steep a drop. Most of 2017’s price gains have been given up.

Note: There’s a different school of thought on these types of economic models. Many of the world’s most noted economists now link prices to credit expansion and contraction. We’ll touch on that next week.