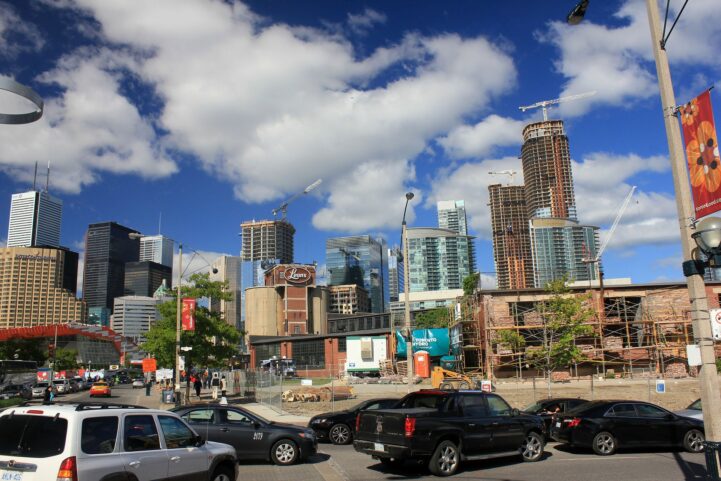 Toronto real estate getting a foreign buyer tax dominated headlines, but a lot of people missed the most important note. Same-city multiple home purchasing has been surging in the Greater Toronto Area (GTA). As in, people are buying second, third, and fifteenth homes in the same city they live in, presumably to flip. The Ministry of Finance dropped us some data showing how this trend has evolved over the past 16 years. Turns out Toronto’s domestic speculation problem is much bigger than previously thought.

The province is calling out Torontonians that bought multiple homes in the GTA, and there’s a lot of them. An analysis conducted by the Ministry found that 121,100 people in the GTA owned at least one other home in 2016. This number was a 14.46% increase from the prior year, and was the highest year of growth in the 16 years of data provided. In 2000, that number was just 24,000. So we’re looking at a massive 404% growth by 2016. Since this data was taken from MPAC property assessment records, it’s likely an underestimate. Families where a partner is legally registered at another address, wouldn’t have shown up on the query. So while 404% is a big number, it’s probably much larger.

Number of Owners With More Than One Residential Property In GTHA: 2000 – 16

Numbers are just numbers without context, so let’s compare second homes to Toronto Real Estate Board (TREB) sales. The total net flow of second homes purchased is equivalent to 14% of sales in 2016. This number has been in the double digits since 2010, with the exception of 2013. That means the city of Toronto has a similar sized group of people buying a same-city second home as Vancouver had foreign buyers. It’s not as exciting as money laundering, and foreign buying in Vancouver, but wealthy people in Toronto speculating on shelter is a boring story.

Second homebuyers are GTA residents that are registered to multiple property records in the same area. They’re only counted once, even if they appeared 15 times. Note, 2007 was a drop, but the Ministry of Finance says this was due to a change in recording standards. Source: TREB, MPAC, Ministry of Fianance, and author’s Calculations.

Why Should You Care About Domestic Speculators?

The idea that Toronto was filled with foreign buyers mostly came from media reporting that there was a “shift” in foreign buyers from Vancouver, post foreign buying tax. This was based on a misinterpretation of statistics from a small Chinese real estate marketing firm, where terms like “inquiries” gave the impression of a hot foreign buying market in Toronto. This became parroted by everyone and their mom, perpetuating that a foreign buyer tax is the fix the city needs.

Domestic speculators present the same problem, buying and often leaving homes empty until the right time to make a profit. Cheap borrowing has fueled domestic buying, and stagnating wages have made real estate the most lucrative game in the city. A foreign buying tax doesn’t even begin to solve this problem, it actually provides an advantage to domestic speculators.

There’s never been solid foreign buyer numbers on Toronto, and the narrative became less believable as China stopped capital outflows in January. Then there was the voluntary disclosure of a massive number of vacant homes in the 2016 Census, which would have been locals disclosing – not overseas buyers. This data point confirms that domestic speculation is a bigger issue than most people think, even if your cousin’s barber that’s also a Realtor tells you foreign buyers are everywhere and that’s why you should speculate on a home.