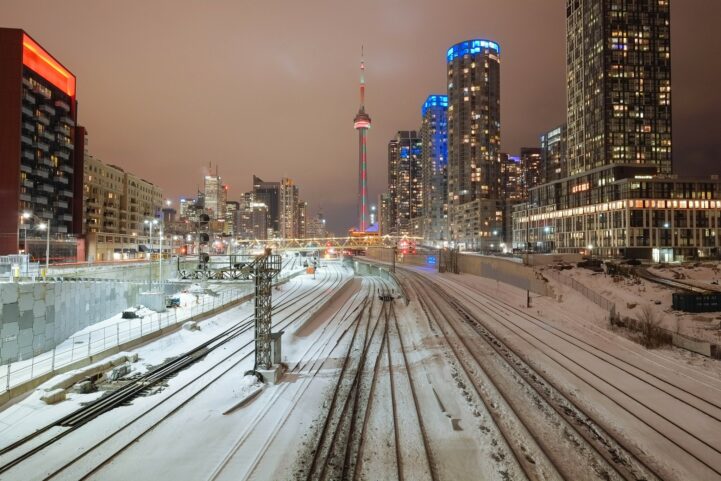 Condo pre-sales in Toronto and Vancouver have been targeting non-resident buyers overseas for years. Although not a secret, we never really had an idea of how large the segment of the market is. Even transfer data from the Ministry of Finance aggregates, and dilutes the impact by spreading it across the entire market. New numbers from Statistics Canada finally sheds some light on the issue. Non-residents play a huge role in the development of condos, even keeping up to 1 in 5 units through the completion of the building.

Most of us have never had the pleasure of developing a condo, but it turns out it’s pretty hard. Securing financing for a large number of units requires finding enough people that can pay a deposit of up to 20% of the sticker price. These aren’t easy to find from regular buyers, since 20% of a condo in Toronto or Vancouver is actually a huge wad of cash. Securing funding from both domestic and overseas speculators becomes the most efficient option.

Usually the “investors” flip the assignment before the building registers (a.k.a. completes), especially if they’re an overseas buyer. If they hold it through registration, they’re subject to that pesky non-resident sale tax (NRST). However, if they sell it before, they make a tidy little profit and don’t have to pay a NRST. Some buyers keep it through completion, hoping the price will rise even further before selling it. These buyers that chose to keep it through completion are the ones we can find in Statistics Canada data. Even numbers excluding those that flip, will highlight just how much Canada’s wacky market depends on foreign money.

1 In 10 New Toronto Condos Are Owned By Non-Residents

More than 1 in 10 recently completed condos in Toronto are held by non-residents. Non-residents, for those that don’t know, are people that declare their primary home in another country. Isolating condo apartments constructed between 2016 and 2017, we find that non-residents own 11.32% in the Toronto Census Metropolitan Area (CMA). In the City of Toronto, that rate of non-resident ownership is just a teensy bit higher at 11.65%. Remember, these are just the non-residents that kept the assignment through completion. It also excludes any resident speculators, which are by no means scarce.

1 In 5 New Vancouver Condos Are Owned By Non-Residents

The king of non-resident ownership still retains its crown. Non-residents own 15.54% of condos completed from 2016 to 2017 in Vancouver CMA. That number gets even higher if you isolate the two largest cities in the CMA, City of Vancouver and Richmond. Non-residents in the City of Vancouver own 19.14% of condo apartments competed during that period. In the Chinese-Canadian suburb of Richmond, that number is an even higher 23.69%. That’s almost a fifth of condos used as a second home or kept empty.

It can’t be stressed enough that these are just the non-resident owners. There’s likely a significant portion of domestic investors that are playing a similar role. Making it harder and less profitable for non-residents to buy a home is a popular method for attempting to tackle this issue, but it doesn’t solve the domestic speculator problem. It just gives domestic investors a competitive edge. A more comprehensive strategy for tackling the issue, without elevating one type of speculator over another needs to be found.

We know, you have *no* idea what to get us for Christmas. Why not donate some cash to the Ontario SPCA or the BC SPCA instead? Every dollar helps!