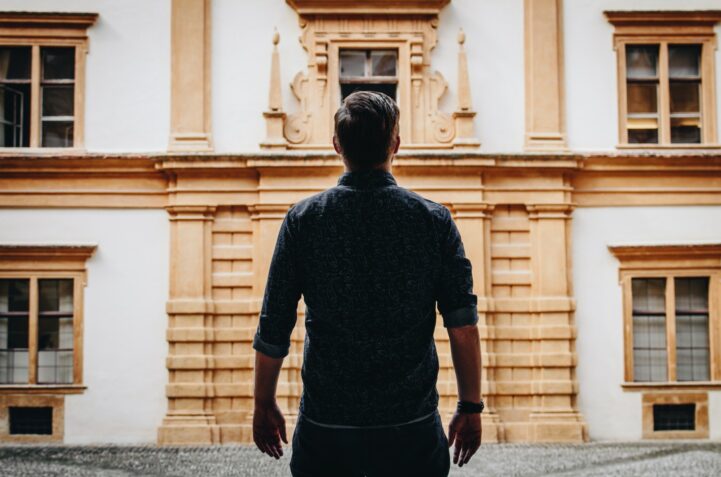 Due to my background, I’m invited to quite a few privileged conversations. One of those occurred a few months ago, when a Beijing-based money manager sent my office an email, and asked if I could meet him in Toronto for coffee. He was fairly vague, but said he just wanted to have a casual conversation about real estate in Canada. Turns out he owns Canadian property, and wanted to know if I felt he should sell. We met a few days later, and I told him what I tell everyone: If you’re buying a house to live in, it doesn’t matter. If you’re living in it, it’s a lifestyle choice. Enjoy your home, even if you only occasionally use it. If you make a profit on the sale, that’s a bonus.

Then half-jokingly, I laughed and said “if you’re a land banker, it’s a little different. There’s a lot of building in Toronto, prices climbed an unsustainable amount, and the market presents significant downside risks in my opinion.” He didn’t laugh. He looked at the quiet dude he showed up with, and nodded. Turns out he was land banking, and had 15 properties. They were already on the fence about selling, but they wanted to see what I thought. They were not tenanted, so it would be quick and easy he explained. This is urban land banking.

Fast forward to last week, and I was having a coffee with a bank director on Bay Street, telling him this story. Surprisingly, he didn’t understand why you would land bank, or how exactly it worked. He also didn’t know it was such a popular alternative investment strategy. Don’t worry I told him, I will happily write a guide for him. Without further ado, here’s your guide to land banking, working around low interest rates, and ruining cities.

Land banking is a simple concept, that’s been used for decades. You buy a piece of property, and treat it like a long-term bank deposit at times when money is being rapidly devalued. It was popular in Europe, where land bankers find property between a green zone and a developing city. They create a land assembly, and wait for the city to develop around it. They sell when the surrounding area becomes so dense, developers “need” the land. It was extremely popular until the 1980s, when interest rates started to skyrocket.

Once interest rates started to rise, it became less appealing to use property as an inflation hedge. There was a buttload of other investments you could use to make money, property wasn’t that sexy. That is, until the global recession in the 1980s and early 1990s. Japan used an “unconventional monetary policy”  – insanely low interest rates. This is when urban land banking made an appearance around Tokyo.

People would buy houses and condos, in and around the city, and hope that it didn’t lose money through inflation. This was mostly contained to Japan, until the Great Recession in 2008. To understand why, we need a quick look at an issue with low interest rates. No, not debt. This issue is rarely discussed beyond banking circles.

What You Don’t Know About Low Interest Rates

If you’re a regular reader, you’re familiar with the fact that low interest rates make higher debt loads easy. The lower the interest rate, the cheaper it is to carry huge amounts of debt. That’s one way the economy is “stimulated,” by an increase in borrowing.

What most people don’t know is artificially low interest rates are designed to penalize savers. If interest rates are lower than the rate of inflation, your money dies a slow and painful death. This forces responsible savers, to move their money into something more productive… ideally.

To get this one, you need a brief understanding of inflation from a trader’s perspective. Real investment return is the interest being paid, minus the rate of inflation. If you’re receiving 0.5% interest, and the rate of inflation is 2%, your real return is -1.5%. Yes, you’re losing 1.5% of your money. Let’s go through a quick example, for those that don’t deal with money on a daily basis.

What $100,000 dollars looks like if deposited in 2007. The deposit was calculated at a generous 0.5%. What it should be is what it would need to be to maintain buying power over that decade. Buying power is what your $100,000 feels like after inflation. Source: Bank of Canada, Author’s Calculations.

S**t. That’s not cool. Instead of being rewarded, you just got a penalty for doing the responsible thing. You’re good with money, so you’ll invest the capital to prevent losing buying power through inflation.

The Stock Market Lifeboat Gets Overloaded

The stock market is usually the go to for excess capital, especially in this situation. Afterall, most of these companies sell goods or large amounts of labour, which tend to adjust with inflation. As long as they keep selling goods, your money will move with inflation. If they experience any growth in business, that’s just a premium.

Except low interest rates aren’t just a Canadian problem. They’re low in the US, England, Australia, New Zealand, Japan, Germany, and a buttload of other countries. All of these investors are trying to get their capital into not all that many stock markets. This unfortunately, leads to people paying huge premiums on stocks, hoping that companies can use that capital to make more money. Eventually, it reaches unsustainable premiums, and they look something like this.

F**k that, am I right? This where real estate comes in.

Real estate is an inflation sensitive asset, and moves with the rate of inflation. Let’s remove emotion from real estate, and assume it’s a perfectly logical market with no building or construction costs. If a city has no change in density, property prices should rise at the rate of inflation. If a city becomes less dense, property values go down. If density rises, prices go up. In order to preserve your capital, all you have to do is buy real estate at a fair valued cost.

One problem – transaction fees, and the potential for a downturn create a higher risk environment than your deposit. Mitigating that is easy peasy. All you have to do is find countries with liberal immigration policies. Ideally one that has a quota based system, where they’re trying to hit an arbitrary number. If immigrants are forced to move into just a few economic regions for work opportunities, that’s even better. The government will import mandatory density, ensuring downside risks are mitigated for urban land banking.

Land banking will provide a little (okay, sometimes a lot-tle) artificial pressure to the housing stock. You’ll notice this if you look at a city, and the rate of homes not regularly occupied continues at the same rate. Well intended, but naive governments, won’t figure out how weird it is that homes not regularly occupied are scaling. Even so, urban planners will hilariously try to explain to housing activists that as a city becomes more dense, empty homes rise at the same rate. I haven’t met a dumb urban planner, but I have met a lot that are suspended in false beliefs that preserve their jobs. You just sit back and laugh. This s**t is funny.

All cities 2015, except for Toronto and Vancouver which are 2016. Source: Local Governments.

Note: If there’s push back about your land deposits, just declare “racism” any time someone says people aren’t occupying those homes. It’s especially effective if you’re land-banking in the same city you live in. It seems like a jerky thing to do, but it could preserve your capital for much longer. If that fails, say that it’s impossible to collect a vacant tax cost effectively. Which makes no sense, but even the Mayor of Toronto has said it. Obviously if they wanted to fix the issue, they would raise the tax until it was cost effective. They don’t want to fix it, they just need to save votes.

The most important part of investing is an exit strategy, otherwise you’re just lucky if you make money. To achieve maximum value, you’ll need to look for overheating in the market. This doesn’t take a complicated analysis, you can get a pretty good read on it using building, and sales.

Once you start hearing in the media that a city is “world class” and therefore will run out land, you better believe overbuilding will start. Can you name a city that has run out of land? That’s because it doesn’t exist. Even Monaco, one of the densest cities in the world, is still chugging along. Regardless, politicians will start approving projects at a rapid rate, even if it makes zero sense in the context of population.

For example, Toronto averaged a net migration of 65,000 people per year for the past 5 years. Between October 1 and the end of November, they’ll see 17,000 new condos hit the market in the city proper. This excludes suburban condos, where a lot of those 65,000 people will move to. If you see this, you might be hitting peak.

Sales are another easy indicator. If the detached market starts slumping, those with actual amounts of cash are no longer buying. Less sophisticated buyers (read: not rich) are always a little late to the investment opportunities – after all, they’re the liquidity.

They’ll start jumping into less expensive markets like condos. If the condo market continues to move higher, while the detached market is slumping – you may have exuberant buyers. If you have potential overbuilding, and exuberant condo buyers, this is most likely your exit opportunity.

Try not to giggle when agents and first-time buyers tell you it’s a great time to buy. You’ll blow it for everyone. Source: CREA.

Irrational buyers are, well… irrational. You likely won’t be able to capture all of the potential gains. Don’t be too beat up about it though. Nathan Rothschild once said, “fortunes are made by buying low and selling too soon.” It’s better to not make a little on the top, then introduce more downside risk into your portfolio. Besides, you likely beat the crap out of inflation.

Now, it’s not quite clear what happens when all of you land bankers leave. The best example we have is Tokyo, where the blood of failed urban land bankers spilled into the streets. Now whole suburban neighbourhoods are vacant, in one of the most dense cities in the world. Oh, this has nothing to do with a dying economy either, Tokyo’s GDP is larger than all of Canada. That’s not really your problem though. Hopefully you have a passport in a more prosperous country in the first place.

On the upside, once real estate markets collapse from land banking, you can go back to traditional banking or find a new market. It’s stressful, but beats the hell out of productive contributions to society, am I right?

Disclaimer: While this article is how you would do land banking, it’s not investment advice. Find a professional land banking specialist to personally explain how you can ruin a city or two. Before you blame capitalism though, even Adam Smith, the OG of capitalism, argued that it is not a productive use of capital. He believed land banking prevents capitalism from functioning as intended.