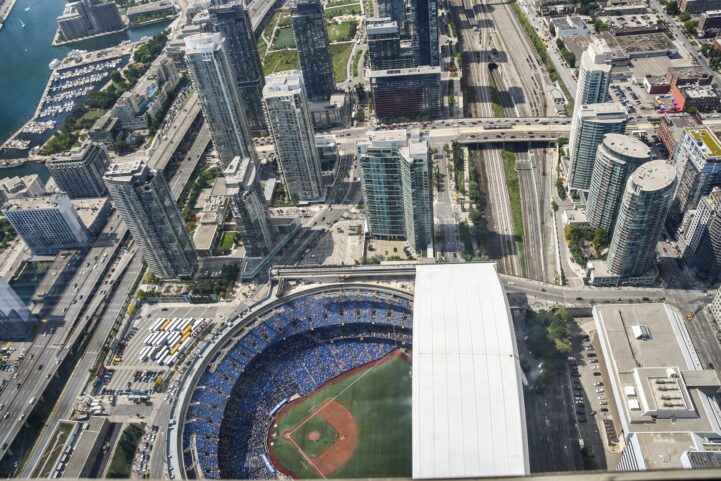 Canadian real estate prices are seeing tapering growth in many cities. Numbers from the Teranet-National Bank of Canada index show one of the largest monthly declines in the index’s history. The declines were led by a massive drop in Toronto, which is the biggest component of the index. The monthly decline wasn’t enough to bring any of the cities into negative territory.

“But Teranet Is Delayed!”

MLS data is often “good enough,” especially in a market going up. A market that may be getting turbulent however, may have cancellations. Any sales that fail between close and registry won’t be counted in Teranet numbers. MLS data also doesn’t capture any private market transactions. Private sales are estimated to be up to 30% of the market, and are popular with overseas property owners engaging in urban land banking. Delayed? Arguable. However you get a more accurate market measure.

Nationally, the Canadian urban composite saw a monthly decline, but still remained higher for the year. The 11 city urban composite dropped 1% in October, led by a huge decline in the city of Toronto. This monthly drop was the largest observed on the index since 2010. The composite still remains 10% higher than the same time last year. There’s tapering, but it hasn’t gone negative at least. Let’s look at the biggest gains and declines.

5 Out of 11 Cities Saw Price Increases

Let’s start with the monthly gains, which occured in 5 out of the 11 urban composite numbers. Monthly gains were observed in Halifax (1.3%), Vancouver (0.7%), Quebec City (0.6%), Montreal (0.4%) and Victoria (0.1%). Vancouver and Victoria are now at all-time highs, with Victoria having hit a high for the eighth straight month.

6 Out of 11 Cities Saw Price Declines

Monthly declines occurred in the other 6 out of 11 cities in the urban centers. Toronto, which is the largest component of the index, saw a massive decline of 2.8%. Other cities that saw monthly declines were Hamilton (−1.8%), Edmonton (−0.7%), Winnipeg (−0.7%), Ottawa-Gatineau (−0.3%) and Calgary (−0.2%). Toronto’s decline is the third consecutive, and Hamilton is seeing its second consecutive drop.

All Cities Are Still Positive On 12 Month Trends

Once again, the monthly decline wasn’t enough to drag the index into negative territory. Markets that had a big run in prices, appear to be taking a breather, and giving back some of the gains. Markets that were left behind on the great Canadian real estate price jump are finally starting to see a slight bump higher.