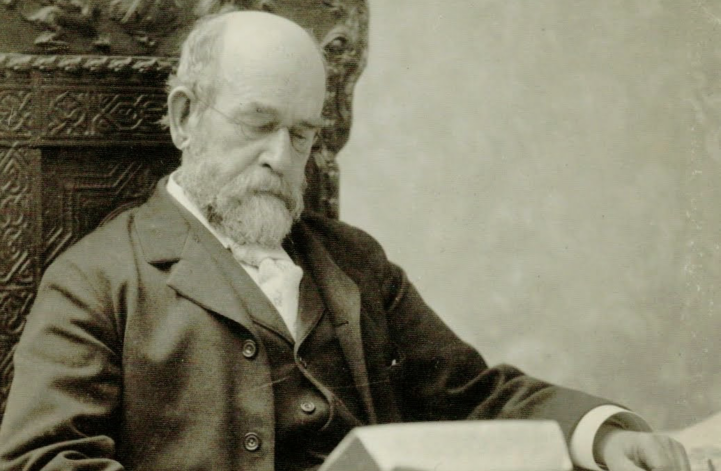 Anyone that says real estate can’t drop in value, doesn’t know s**t about real estate. It’s not pessimism, it’s a natural part of the real estate commodity cycle. It was first observed over a 100 years ago by American economist Henry George. As early as 1876, George observed that real estate follows a simple but unavoidable cycle. Understanding where exactly your local market is in the cycle, is key to evaluating the risk of profit and loss.

You may not have heard of George, but his work is widely studied by experts on commodity cycles. Professor Fred E. Foldvary wrote in a 1997 paper that building on the “insights of Henry George,” he believed “the next major [US] bust, [will be] 18 years after the 1990 downturn…if there’s no major interruption such a global war.” He was proven correct in 2008, when the US real estate commodity cycle took down the whole global economy in the Great Recession. Got your attention yet? 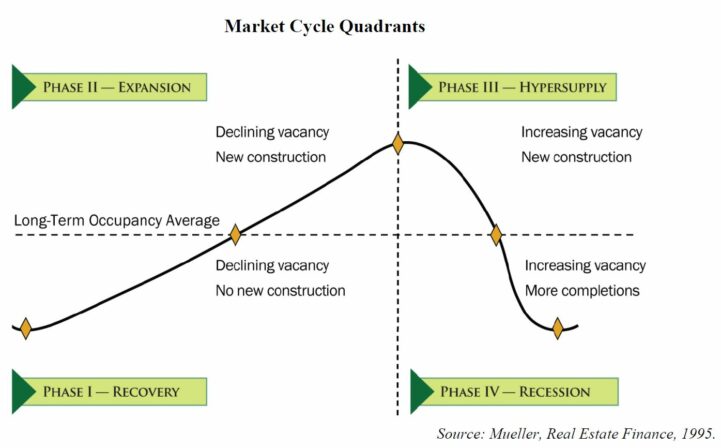 Since real estate is prone to cycles, we’ll start with the recovery phase George observed. After a crash, everything looks bad and has less optimistic values attached to it. The price of labour and land is cheap, unemployment is high, and there’s tons of vacant real estate. This is when the general population has zero to no interest in real estate markets.

While it seems like a negative time, this is when movers, shakers, and profit makers see opportunity. Cheap labour, land, and vacancy are the perfect opportunity to start a business. Smart developers start assembling land, and planning “transformative” aka gentrifying developments. People that enter this phase are the ones that stand to make the most money.

Concord is arguably one of the most successful developers in the country. Would you like to guess where in the commodity cycle they bought land for Concord CityPlace in Toronto? That’s right, 1997 – one year after the trough bottomed from the last peak. Chart data: TREB.

The next phase observed by George is the expansion phase. This is when economic development is now back to “normal.” Unemployment drops, land vacancy starts to decline, and rents start to rise. Consequently, new construction starts to make bigger strides, since more income, and less vacancy makes more building cost effective.

This is when those smart developers that made land assemblies under the radar begin developing. Since real estate takes a long time to actually see the results of building, the impact of this building won’t be felt for a few years. This is when people begin to feel the “shortage,” and prices begin taking off.

The third phase observed by George is called hypersupply, and it’s just what it sounds like – supply catches up and exceeds demand. New construction hits all time highs, and the inventory that was being built during the expansion phase finally begins to hit the market. This is when everyone takes an interest in real estate, and people forget what happened before the recovery cycle, and what happens next.

Smart owners that bought during the previous two phases that are not equipped to handle rising rates, or were looking to cash out, begin selling their properties. Whole blocks of homeowners that think they’re clever begin offering developers massive lots of property for development. Smart developers are just finishing up their cycles however, so they probably aren’t interested in your land.

Harvard real estate professor Teo Nicolais claims this when you should look for the first warning sign, an increase in vacancy. Neighbourhoods begin to feel empty, and even more homes are discretely held vacant. To be honest, I’m not sure if Toronto and Vancouver are in this phase or not, but if I had to pick a spot in the real estate cycle – this sure sounds like it.

That’s a lot of housing starts for Toronto, which averaged a population increase of just over 120k people per year for the past 5 years. Source: CMHC.

The final stage in George’s cycle model is recession. Rents cap out due to wage constraints, and the cost of building becomes ineffective. Professor Nicolais says early in this phase, you’ll see occupancy fall below the long term average. This becomes very obvious with retail, since you’ll see empty storefronts. Poor employment numbers, and a flood of inventory causes developers to pump the breaks on existing plans. You’ll see scaled back numbers, and cancelled developments in this phase.

Declining demand, an increase in inventory, and a declining job market usually means lower prices. The record new construction for the last phase turns into record completions. Vacancy goes even higher, and prices start to deteriorate rapidly (or money deteriorates in value). Consequently, mortgage rates go up and defaults start to uptick. There’s a lot of good deals during this phase, but like commodity traders say – you never catch a falling knife.

Well capitalized individuals will begin buying depressed assets at cut-rate prices. Developers begin shopping for the next phase of projects, and begin buying under the radar. Once GDP growth stabilizes again, you’re in the recovery phase – and the cycle repeats.

Understanding that real estate doesn’t always rise in value shouldn’t be scary. It’s a natural part of market cycles, and understanding the basics will help you maximize potential profits, and minimize potential losses. I know it’s disappointing that no market always goes up, but on the upside most markets bounce back. Note I said most, but that’s another article for another day.