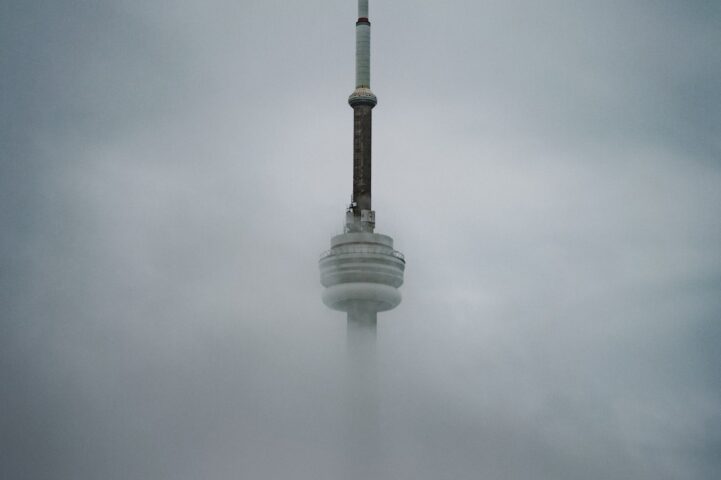 One of Canada’s Big Six banks is joining the CMHC and credit risk agencies in forecasting lower prices. National Bank of Canada (NBC) economists expect real estate prices to make a sharp drop this year. The bank is calling what would be the largest price drop in Canada’s history, with Toronto and Vancouver hit hardest.

The bank’s forecasting the largest recession drop for real estate prices in Canada’s history. Prices are forecasted to fall an average of 9.8% from 2020-2021. To contrast, prices dropped just 6.3% during the 2008 recession. During the 1981 recession, the largest home price correction to date, prices dropped 9.2%. This is on the low end of Canada’s national housing agency’s forecast, and below most risk agencies.

Canadian home price declines over the past 3 recessions, and National Bank of Canada’s forecast.

The forecast does model region variances, with the largest drops in expensive cities. Toronto real estate prices are forecasted to dip 13% from the end of the year through next year. Vancouver real estate prices are forecasted to fall 12% over the same period. Montreal, which only started to climb quickly recently, is expected to see a 7% price decline. Montreal’s price gains lagged national gains, so a smaller impact wouldn’t be a surprise.

Unemployment Is Rising, and Immigration Is Expected To Fall

The biggest contribution to this trend is expected to be unemployment. The bank sees retail, accommodation and restaurants, and the arts impacted longer. They also see unemployment averaging out at 9% by year end. This is lower than most other bank forecasts, but still high enough for a recessionary environment by itself. They expect this to have a big impact on immigration.

The hit to employment is expected to have some fall out when it comes to immigration over the next few years. Canada doesn’t have a plan to lower immigration. In fact, the government plans to stick to its population growth strategy, which would see mild increases. Despite this, the bank’s economists note during recessionary periods, immigration voluntarily declines. This trend is observed in all three previous recessions, and expected to occur in this one.

The rolling 12-month sum of immigrants to Canada.

Low Interest Rates Not Expected To Have The Same Impact

During past recessions, lowering interest rates helped to stabilize real estate markets. This is expected to have a smaller impact this time, since rates were already very low to begin with. The bank notes 5-year mortgage rates only declined 17 bps from the beginning of the pandemic, to now. To contrast, the overnight rate has shed 150 bps over the same period. When home prices are at record highs, and mortgage rates at record lows – lenders now face a high risk and low reward prospect.

NBC’s forecast is mostly in line with Canada’s other Big Six banks, which see declines in this range. CIBC notably stated they expect Toronto and Vancouver to see bigger price corrections than the rest of the country. The big banks, credit agencies, and national housing agencies all have similar timelines though – with significant price declines not showing until the second half of the year.