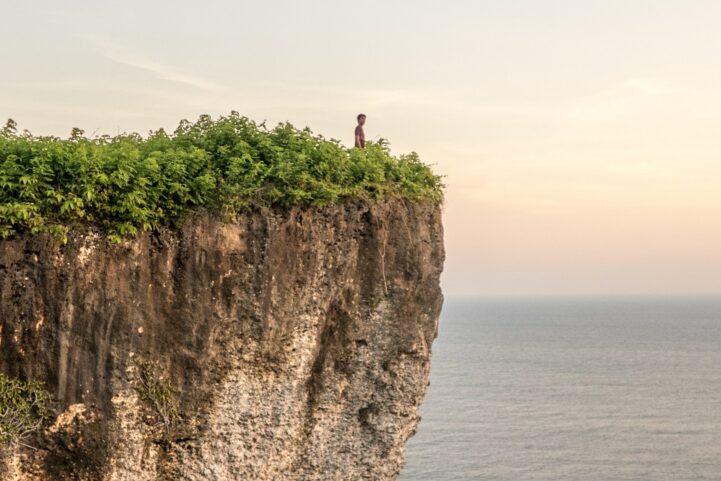 Canadian real estate buyers are jumping in head first, since the recession didn’t impact housing. However, since the beginning of the pandemic, experts said no issues would be apparent until the end of the year. The reason is a term only finance and banking nerds have been using – the deferral cliff. The deferral cliff is the expiration of programs that bought distressed owners a few extra months. Until the deferral cliff arrives, we won’t see any of the problems in the housing market. Here’s when it’s coming, and when you should see an impact.

The mortgage deferral cliff is when payment deferral plans begin to expire. After the pandemic driven shutdown, Canadian and US governments scrambled to get banks to defer mortgage payments for the unemployed. Starting in April, people without income were allowed to delay payments for up to 6 months. This eliminated the spike in arrears we would normally see during a recession. It also happens to restrain inventory from hitting the market. As the six month deferral period ends, homeowners that aren’t back on their feet, are going to have to deal with their housing woes.

Industry experts warned mortgage deferrals give a false sense of security. Since people haven’t seen any defaults or distressed sales, moral hazard was created. That is, people now think housing markets have no risk. However, this is only temporary. As these deferrals expire, we approach the cliff. Once we get there, a significant number of people that haven’t got back on their feet will start to surface.

Most Canadian Mortgage Payment Deferrals Will Expire In October

Since the longest deferrals are six months, we don’t really see any issues pop up until October. In October, about ~500,000 mortgages should expire. Followed by another 221,000 in November, and a big dip lower to 15,000 in December. There’s a mild bump higher with 24,000 in January, and February won’t be known until the cut off is reached next month.

The estimated number of expirations of payment deferrals for Canadian mortgages.

Now, don’t confuse the expiration of payment deferrals with a spike in arrears rates. It takes 90 days of non-payment for a mortgage to fall into arrears. This means October’s surge wouldn’t see any contribution to arrears until January. November would be in February, etc… That said, rising arrear rates depend on liquidity.

If you can’t afford your home, what’s the first thing you do? List it for sale. The inability to pay doesn’t always turn into defaults when there’s buyers. Instead, people list their homes for sale and hope it sells and closes before the lender tries to claim it. Unless you’re not all that smart, this is the first thing you would look to do. In which case, we should see a spike in inventory first.

Rising inventory tends to give buyers more options, which turns into longer selling times. When you can’t dispose of your home in a timely fashion, that’s when defaults rise. This would explain why everyone from the CMHC to the Bank of Canada never expected arrears rates to rise this year. Rising inventory is expected later this year, and defaults are forecasted to climb next year.