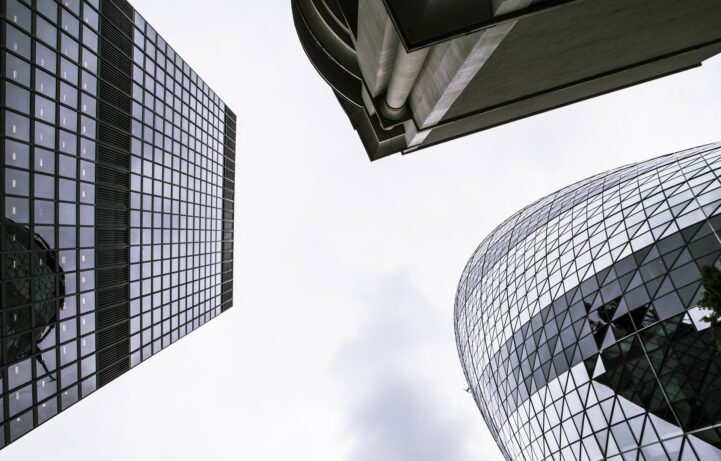 Still convinced global real estate speculators aren’ehe  a major contributor to the empty home epidemic around the world? Transparency International UK (TI-UK) analyzed land registries at 14 of London’s landmark property developments, and gave me a breakdown of what they found. Turns out locals account for less than a quarter of all purchases, and over 40% were from countries that presented a money laundering risk.

The analysis looked through 2,066 properties and concluded that locals aren’t buying some at the most important property developments in the city. Only 21% could be identified as beneficiaries located in the UK, and that number could be even lower. 185 of the 449 beneficiaries that gave UK addresses also left information that indicated that they were overseas buyers. You know, little hints…like they’re a member of a Middle Eastern royal family.

You likely noticed the term beneficiary when you might have expected buyer. The reason you’re seeing the word beneficiary is because some of the records indicated they were held by a trust, corporation, or lawyer. This sometimes makes it unclear if the final buyer is the beneficiary listed, or if it is being purchased through a proxy.

Hover or click on an area to see where the beneficiaries are from.

The analysis concluded that many of the sales were from regions at risk of being used for money laundering. 40 percent of the properties listed beneficiaries in high risk jurisdictions, or “secrecy havens.” In case you’re wondering, a high risk jurisdiction is one that ranks low on the organization’s corruption index, and a “secrecy haven” is a country with high banking or corporate privacy.

Now they aren’t alleging any wrongdoing, and there’s no reason to believe these specific transactions were involved in anything illegal. They are saying that the origins of these beneficiaries would make it hard to actually investigate any suspicions authorities might have.

Some choose to not include their personal address, which makes it tricky to figure out who owns the home. 30% of people instead listed the office of their legal representation. TI-UK analysts found 130 different law firms involved in these transactions at the 14 properties. 5 of the firms specialize in assisting overseas investors buy UK property, and they accounted for 65% of these sales. One building called South Gardens in Elephant Park was exclusively represented by a firm that deals in overseas investment.

Where Are They From?

I know, you’re thinking “China!” Everyone always does, but they aren’t leading the party this time. The largest single group of overseas buyers are from Malaysia, which composed 15.98% of the beneficiaries. Next is China, including Hong Kong, where 10.59% of beneficiaries are listed. Not far behind is Singapore, at 9.03%. Once again, since 30% were anonymous, TI-UK wasn’t able to confirm what the country of origin is. So these numbers could be low estimates.

So which developments did they look at? TI-UK gave us their findings so you can have a comprehensive breakdown of where buyers are from:

Now, I can’t stress this enough – this doesn’t mean that there is anything nefarious about these deals. It does mean that the developments currently being built are out of reach for the average London family. If investors are buying real estate at a ratio 4 to 1, you’re not building a city, you’re building a bank vault.