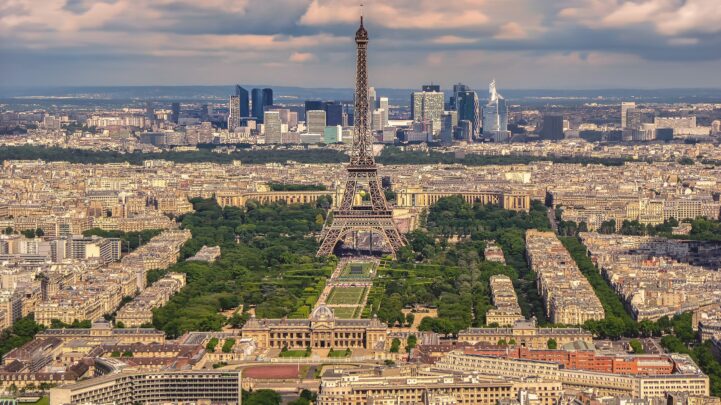 Runaway real estate speculation has been filling global capitals with vacant homes, creating artificial shortages in the world’s most sought after cities. The “shortage” has made local home owners wealthy overnight, but it comes at the cost of turning lively cities into empty shells. The city of Paris has decided it’s had enough, and implemented a tax in 2015. They didn’t quite get the results they wanted, so they’re now tripling the tax to 60%.

Paris has been trying to deal with vacant property owners for some time. Despite warnings that the city will have to take action, the number of vacant homes is growing. There’s now 107,000 vacant homes, representing 7.5% of all residential dwellings in the city according to France’s INSEE. Deputy Mayor Ian Brossat told Le Monde that 40,000 of those vacant homes aren’t even connected to the electrical grid.

Local developers have argued that more new construction is the solution. However Brossat argues “In a city as dense as Paris, where it is very difficult to build, controlling the occupancy of housing is strategic.” It appears the city believes they have 107,000 reasons more construction is not the solution.

Total number of vacant homes, as reported by local governments.

Paris implemented a tax recently, but it didn’t quite produce the desired outcome. Starting in 2015 the city elected to tax vacant homes the equivalent of 20% of the fair market value of rent. On January 30 this year, they decided to triple that amount to 60%. The idea isn’t to punish those fortunate enough to own a second (or twelfth) home. They’re trying to discourage speculation and promote a healthy rental market.

Vacancy As A Percentage

Percent of homes vacant as a percentage of total homes as counted by local governments.

Empty Homes Across The World

Paris’ 107,000 empty homes might seem like a lot, but it’s becoming strangely normal around the world. New York City had a whopping 318,831 vacant units in 2015. It’s a hot topic in Sydney, where 118,499 vacant units were counted in 2013. Heck, London considers it a critical issue, and they “only” have 22,000 empty homes. There’s a massive numbers of vacant homes across the globe, but only Paris has decided to take aggressive action to tackle it.

Growing populations have barely put a dent in the vacant homes in  global real estate capitals. The amount of speculation has been scaling with demand, which is a curious paradox. This signifies an issue that’s more complex than just a basic supply and demand problem.

Is the Paris’ tax going too far, or not enough? Tweet us your thoughts. Over the next few weeks we’ll be exploring the issue of vacancies around the world. Want to keep up to date? Like us on Facebook for the next post right in your feed.