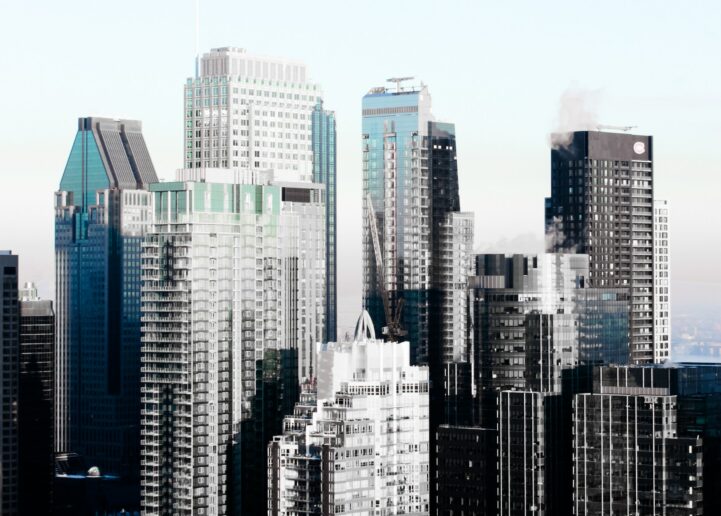 Falling Canadian real estate sales are still taking a bite out of mortgage growth. Bank of Canada (BoC) numbers show mortgage debt reached a record high in December. Despite the record, the annual pace of growth fell to a multi-year low. In fact, it’s only been lower for one month, over the past 30 years.

The balance of outstanding mortgage credit at institutional lenders reached a record high. There was over $1.546 trillion in mortgage debt in December 2018, up 0.4% from the month before. This represents a 3.1% increase compared to the same month one year before. Remember, this is only institutional lenders. Mortgage debt owed to private lenders, mom & pop, and the mob would are not included in these numbers.

The annual pace of growth has been on a steady pace of decline. The 3.1% rate is 40% lower than the same month last year, and the ninth consecutive month of deceleration. There’s only been one other month where it’s been lower in recent time, and that was April 2001. Other than that, we would have to go all the way back to the 1980s to find anything near this level. It’s been really slow.

Canadian Mortgage Growth At The Bottom?

One common way to see where this trend is heading is by annualizing a period. We do this by measuring growth over a shorter period, and projecting it as though it was a whole year’s growth. In order for the 12 month period to reverse, the shorter annualized period must first become larger. Once short-term annualized growth is larger, it’ll have to stay that way long enough to drag the 12 month trend with it. Annual growth can’t reverse without this happening.

The 3 month annualized growth finally is now larger than 12 month growth. The 3 month annualized trend reached 3.3% in December, jumping 26.92% from the month before. This represents a 28.26% decline compared to the same period last year. On one hand it’s larger, but one other – it’s the first month it’s larger and it’s still significantly smaller than last year. Last year at this time was not exactly a booming period for growth.

It’s Different This Time… Not In A Good Way

Keep in mind a reversal doesn’t mean the same thing today, as it would have a few years ago. The effective rate of loans, a.k.a. the “typical” interest rate on loans, is higher than the annual pace of growth. Variable rate mortgages have also increased substantially, leading to less principal paid down. A reversal is expected because borrowing rates are higher than the annual pace of growth. Greater interest accumulation is not as positive as sales volume driven growth.

The sharp decline in real estate sales across the country is dragging growth to a new multi-year low. There are some signs that the numbers are starting to reach a near-term bottom. The rise in short-term growth will be driven by higher debt accumulation though. Not quite as good for prices, as when this number is being driven by increased buying volumes.