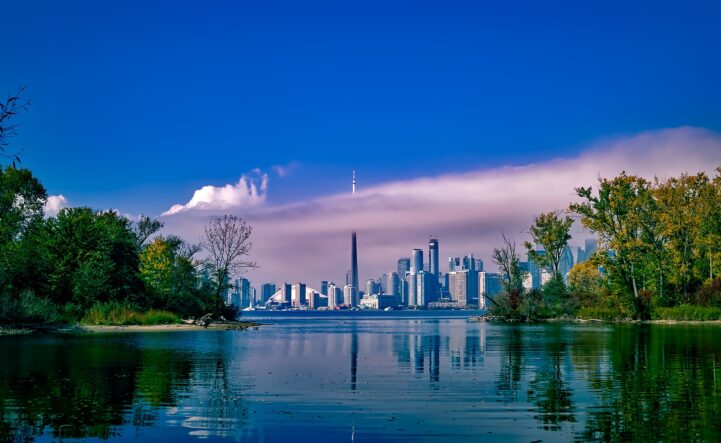 Canadian real estate buyers with large down payments, will now be stress tested at banks. Numbers obtained from the Bank of Canada (BoC) show this will have a “significant” impact on buyers that are stretched thin. Yes, that means absolutely nothing to most people. To give a better sense of what it means to the market, we applied these stats to real mortgage numbers. This gives us an idea of what “significant” means. A pool of buyers roughly the size of a year worth of sales in Toronto will be affected. More interesting is what happens if the rules don’t cool buying activity,  it would make housing less affordable in the near term.

You’re Going To Need To Know This First

First, there’s two industry terms you’ll need to understand for any of this to make sense the new low-ratio mortgage stress test, and loan-to-income ratio. First off, a low-ratio mortgage is one where the buyer makes a hefty down payment of more than 20%. A low-ratio mortgage stress test is a new check for these borrowers. It makes sure that they can continue to pay their mortgage, even if their rate rises 200 bps. It does ensure high mortgage rates won’t be a surprise, but it also reduces your buying power by over 20%. Yeah, bank regulators are being a total mom here, but it’s for your own good. You think not owning is stressful? Then you are unprepared for the reality of owning and not being able to afford the payments.

The loan-to-income ratio is the size of your loan, relative to the annual income of your household. Financial experts in the US, where mortgage rates are much lower, say 200 – 400% is where you should be. That means, if your household makes $100,000, your home should be somewhere around $200,000 to $400,000. Not a lot of Canadians have heard of this rule, and some people even say it’s a little dated… mostly real estate agents and mortgage brokers. We won’t be debating that today, but you do need to know what the term means.

Over 81,950 Mortgages Last Year Would Have Failed The Stress Test

The vast majority of mortgages in Canada are low-ratio mortgages. This makes the impact much greater than stress testing high-ratio borrowers. During the period the BoC studied, there was an estimated 662,496 low-ratio mortgage originations. At 12.37%, that means about 81,950 would not have qualified. That’s a huge number, but distribution is a key that needs a better understanding. Higher loan-to-income ratios are more common in markets like Toronto, and Vancouver. The impact to these regions would be much higher than say… Quebec City.

Most of these buyers that would fail the stress test, would either delay their purchase or get something less expensive. Delaying their purchase while inventory is climbing in Toronto or Vancouver, could lead to declining prices. This has a domino effect, placing less urgency on other buyers, since they aren’t so inclined to panic buy. That’s likely the intended goal of the government – to reduce prices, by reducing demand.

If people “choose” to buy a more affordable home instead, that increases competition for lower priced segments (like condos). The increased competition would bring the floor of prices higher, actually hurting affordability. This drives even more risk into speculating on lower prices units. It also has the potential to create a condo bubble.

At some point the cost of lower priced segments like condos, no longer make sense. Eventually the market rejects it, and prices come down across the board. That’s what would have happened without any stress test though.

Stress testing low-ratio mortgages will have a huge impact, but where is still up for debate. If it reduces demand while inventory continues to climb, we have a broad market decline of prices. If demand stays similar, as the real estate industry is anticipating, buyers will compete for similar segments of housing. This would create a bubble in the condo market, making things even worse. So which one is it, industry? Will demand taper and prices drop, or do we have a condo bubble getting ready to inflate?