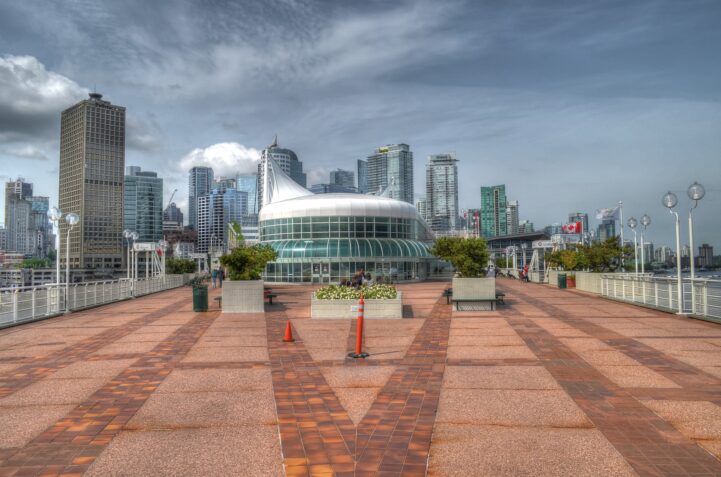 Despite sky high Canadian real estate prices, the country’s cities aren’t as dense as many think. The Fraser Institute, a Canadian think-tank, analyzed a number of cities and compared their density. The study concludes that Canadian cities have plenty of room for densification. Missing was whether there’s an economic need for it. The study emphasized building a city to just physically accomodate people, rather than a healthy and stable economy. Let’s take a dive through their numbers, and look at how these cities rank in terms of economic output as well.

Canadian Cities Can Stand To Be More Dense

The study from Fraser Institute’s Filipwicz concludes that Canadian cities aren’t overly dense, and can stand more densification. Debate over. Not really. Canadian cities are less dense than many of their peers on the list, but they’re also much poorer. Many of the Canadian cities on the list are already lagging on economic output. This should ring alarm bells for these governments that are advocating density, without considering the lack of economic opportunity. Without even considering this problem, this country’s major cities are looking to create less affordable places, with even less opportunity than their peers.

The most dense cities were the usual suspects. In first was Hong Kong, with 25,719 people  per km2. Paris was in second, with 21,067 people per km2. In third was Athens, with 17,036 people per km2. These are global capitals, and have been for centuries – they had a lot of time to plan for density.

Sure, we can stand more density – but how is the current density doing? Generally speaking, density is a sign of economic opportunity. Afterall, no one’s moving to San Francisco just because they can physically accomodate more people. Dense cities should have a high level of economic output as they grow, otherwise you stand to create a greater level of wealth disparity. We decided to add GDP per capita, and rank this list to see how these cities are doing in terms of economic output.

Canadian cities are placing an increasing amount of focus on density, but not what people are actually doing in these cities. Consequently, housing has become one of the most important industries in the country, which is a disastrous setup if you think about it. The country isn’t trying to figure out how to warehouse people generating economic activity. We’re trying to figure out how to warehouse people building warehouses for people. Consequently, the price of housing in these cities is amongst the highest in the world, with a relatively low amount of density. More on that next time though.