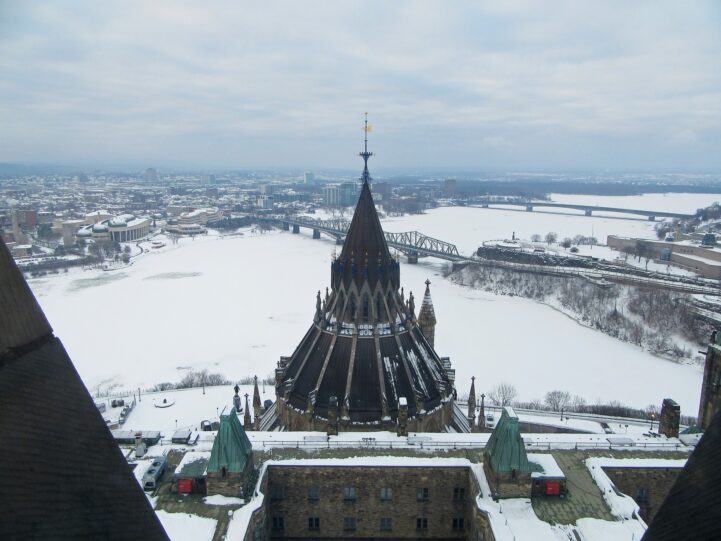 If Canadian real estate prices won’t wait for incomes, what happens next? Last week the Canada Mortgage and Housing Corporation (CMHC) asked me to speak at their Housing Finance Symposium. If you haven’t read part one of my notes, it’s worth checking them out for a little context. If you have, today we’ll be building on those notes. We’ve determined home prices won’t wait for incomes to rise, so how do we determine what they’ll do?

While we can’t say with 100% accuracy, we can process a metric f**k ton of data, and come up with some pretty good assumptions. We can then backtest those models, to see how they work.

X Will Happen Sometime Isn’t A Forecast, It’s A Guess

Last week we discussed how unlikely it is for Canadian home prices to stay flat until incomes catch up. Ironically, the day before a big bank economist gave that exact unrealistic forecast. Forecasting isn’t an exact science, but the biggest problem you can probably see are timelines. If home prices aren’t going to stay flat until incomes catch up, where do they meet? When, and if home prices decline, how long will they decline? This is where you would need an additional model, and today we’re going to use one we’ve been developing here at Better Dwelling – median credit market exhaustion.

We’ll get to the model in a second, but first you need to understand something about the stock market. Have you ever heard someone say real estate markets aren’t like the stock market? Usually you’ll hear this from people that have no idea how the stock market functions. They’re still under the impression that company fundamentals matter. Fundamentals matter as a basic screening tool, but they don’t factor into pricing as much as buyer expectation. How else do you explain people paying the second highest premium for the S&P 500 in history? No, #MAGA is not an acceptable explanation – even if you heard it on Fox news.

Measuring buyer expectations is exactly what anyone that wants to build a robo-trader should do. It’s hard to predict a company’s future revenue, but it’s easy to determine when buyers will think something is overvalued. All you need is a little artificial intelligence, machine learning, data, and tens of thousands of dollars in servers. Probably a good time to thank Microsoft for the server time they give us, thanks!

Median credit market exhaustion sounds complicated (and it is), but it is a simple concept. Basically it’s a score that’s the difference between what the median family can borrow on conventional mortgages, and the price of a typical home. A Department of Finance employee specifically asked me if it factors in interest rates, and yes it does. It also factors in inflation, credit defaults, applicable lender policy frameworks, and another six pages of potential lending and housing impact factors. It’s a little more complicated than most models I’ve seen used by the government, but once again – it’s not perfect. You’ll see what I mean.

What To Look For In This Model

We look for a break from typical tolerance levels, just like we would with a chart for equities. We try to establish different tolerance levels, which is similar to trading ranges. For those that don’t know, a trading range is a psychological range. It’s the range where buyers will buy and sell a commodity, based on historical acceptance/rejection of prices. Just like the stock market, this has nothing to do with fundamentals. It has everything to do with buyer expectations.

Every city has a different tolerance level, and it requires machine learning to determine it for every market. What we’re looking for is a break from range, which indicates a major shift in opinion. When it breaks above the tolerance, we get a market that’s undervalued. When it breaks below the tolerance, we get a market that’s overvalued. We can get a lot more from these numbers, but that’s what you’re going to have to know for the next part – when we apply it to Toronto real estate prices.

Any of you old enough to remember what Toronto real estate was like in the 1980s? It’s been a while, so I’ll give a quick lesson for younger readers. Prices skidded lower from 1976 – 1986, before nearly doubling over the next three years. Prices peaked in 1989, before falling until 1993. From there, they made a healthy walk lower until 1996. There’s a lot of stories about how it was the end of the world, and people lost their shirts – which are mostly exaggerated. People did lose money if they needed to flip shortly, but the biggest loss was mostly the cost of opportunity.

Got it? Now pretend it’s 1989 and you have no idea what’s about to happen. The banks just predicted flat home prices until incomes catch up. You’re sitting there with a Better Dwelling Median Credit Exhaustion Model. Yes, the scenario has some time travel issues, but that’s besides the point. The model looks like this.

Looks like… not a whole lot, I know. What you’re seeing is the model showing how quickly credit ballooned from 1976 to 1989. It stays within to the 50 point range, only breaking in 1987. Remember it’s 1989 so we don’t know what’s going to happen next. Let’s call a top, and try to peg where credit market sanity will be restored. We’ll also assume that this is going to be an orderly correction, since we have nothing to indicate anything will happen other than prices correct. Toronto isn’t going to lose a major industry as far as we know. The leg lower took three years, so let’s assume three years up (which is the red projection line). Let’s see how that worked out.

Not perfect, off by one year. Better than the 40 year bank prediction I showed you last week. We still can’t build an automated home trading robot here, but we’re getting closer.

Take your scrunchies out, and mute the Milli Vanilli – we’re fast forwarding to today. Quite a few people have been saying Toronto real estate has been overpriced for the past decade. That’s not what we see here. Actually, there was some prime buying opportunities in the 2000s according to this model. It’s not until 2015 that we break out of range. From there, we actually drop right down to today, where we’re nearly at the point we were in 1989. Now, this doesn’t mean people can’t afford Toronto real estate anymore. There’s tons of numbers that say otherwise, and a heck of a lot more people can support higher prices. However, this is the point where prices detach from lending conditions dramatically. This historically sparked people to question whether the risk/reward opportunity exists.

Let’s apply the same forward assumption that we did in 1989, and assume that it’s going to be an orderly correction. I know, some very smart people think it’s going to be the end of the world, and others think it’s going to take out the whole economy. At this point, we’re not considering any other data – so all we know is prices will have a correction. The first negative print was in 2013, and if bottom is today – we’re at a four year drop. If we assume a symmetrical restoration of credit market expectations, we would see prices stop dropping in 2021. Basically, this model is showing a four year drop in prices on the horizon.

Note, if credit markets loosen – this number could go lower. Although with an increasing crackdown on credit, that’s pretty unlikely. There’s also people telling the government things like this in private right now.

IMF Director Lim says the higher the debt, the more severe the recession will be, in regards to Canadian real estate.#cdnpoli#HFsympo2017

Now, this is just one model – although it’s much more complicated than most residential real estate pricing models you’ll see. In the next and final piece in this series tomorrow, we’ll discuss layering models. This helps us build precision, and accuracy – as well as gives us final price targets for homes – and when incomes actually do catch up to push prices higher. We’ll also be publishing all two-hundred and some-ought models we’ve created in the near future, so you can benefit from our robo-housing economist as well.

Note: This is not advice on dealing with investments – either real estate or equities. Consult a specialized professional for those matters. I’m just giving you better questions to ask those professionals.