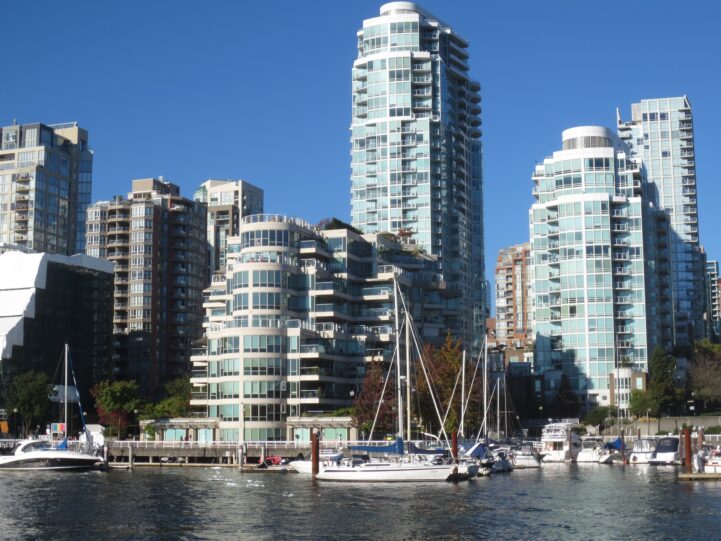 One of the most important conversations happening in Vancouver right now is whether pricing is related to a shortage of inventory. Consequently, many people are being sold on the narrative that the city needs to build more homes in order to bring the prices down. While that logically makes sense, I spoke to Vancouver Realtor Steve Saretsky, who made the observation that roughly one unit started construction in 2016 for every person projected to move to the city that year. That doesn’t quite sound like a shortage, so I thought I’d run some numbers and see what you folks think. Pending no significant change to household size in the future, Metro Vancouver might be overbuilding by 50%.

The number of housing starts in Vancouver are soaring according to the Canada Mortgage and Housing Corporation (CMHC). Data from the national housing organization shows that there were 105,712 units started from 2012 to 2016. This represents a 29% growth over the period from 2007-2011. That’s more than half the number of dwellings in a city like Halifax, Canada, so it’s a lot of building by any measure.

The latest numbers from Census 2016 show that the Metro Vancouver area is experiencing robust growth. The Metro region is now home to 2,463,431 people, an increase of 6.5%. This means that 150,103 more people are in the Metro Vancouver area than in 2011, when the previous Census was taken. Canada’s national population grew at a rate of only 5%, so the growth is pretty substantial in Vancouver.

Let’s do some basic number crunching to help understand this build/grow ratio. The population of Metro Vancouver on average has 2.56 people per occupied dwelling. At that rate, you would need 58,633 units. Let’s add 8% (the national average) to that number to account for unoccupied dwellings, which brings us to 63,323 homes. That’s a lot of homes for the region. 27,914 units were started in 2016, that’s roughly a home for every 1.07 people that moved to the region that year. Looks like Saretsky’s math game was on point.

Maybe The Use of Homes is Changing?

In a perfect statistical world, that means 91,470 units are being overbuilt during that time. Clearly that would be an issue, but unfortunately (for urban planners) people aren’t statistically perfect. The use case of these homes and future building are large factors that will determine whether or not the housing stock is at sufficient levels.

The first scenario involves a significant change in the number of people occupying homes. Census 2011 showed 2.59 people per dwelling occupied by usual resident, which is slightly higher – but not all that much. So unless there’s a major shift in data that the Metro areas know are going to come into play, I’m not exactly sure why they would assume a drastic near term shift.

As for tapering on the build, that doesn’t look likely. The Urban Development Institute (UDI) is arguing that the Metro area is still “under-building.” Politicians are on the same page, MLA Sam Sullivan had previously told us that he believes that pricing in Vancouver is a function of supply, and building would fix it. Not sure if he’s had a change of heart since then, but it appears that politicians and developers think that 1 house per 1.07 people isn’t enough at this point.

This isn’t a comprehensive look at urban real estate development and the mechanics behind it. It does however give you a slightly better look at the supply and demand balance. Right now the argument to build more relies mostly on “we build it, and it sold.” Which is great if your business is real estate development, but takes profits into consideration more than sustainable development.

Building isn’t a bad thing, but it often comes at the destruction of the charming character that Vancouver is known for. I’m not a nostalgic person, but if you’re going to destroy the character of the city, it should be because there’s no other option. Not because you can sell empty inventory.

So is Metro Vancouver overbuilding? You decide. Will almost every person moving to Vancouver purchase a house? Tweet us with your thoughts @betterdwelling.