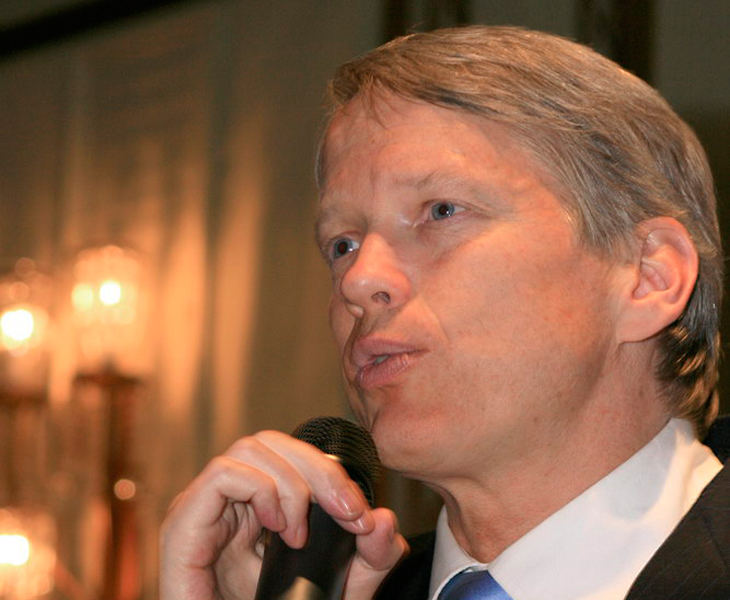 We know there’s a real estate bubble, and we know it’s going to pop any day now. The real question is, what do we do about it? Former Vancouver Mayor Sam Sullivan has been warning us about this very thing for over 25 years now, so we thought we’d get his take on what’s behind the housing increase, the government’s role in all of it, and what we need to do to fix it.

Sam, currently the Vancouver-False Creek MLA, is a popular and outspoken politician that encourages engagement and discussion of ideas to help build better cities. In fact, he’s so committed to the exploration of new ideas and engaging the public, he has hosted public forums where over 190 experts have contributed to the discussion of policy. Naturally, we thought he would be the perfect person to discuss housing and the role of government in all of this.

What’s Behind The Rising Home Prices

“Prices have been rising ever since Vancouver down zoned the City in the 1970s. Prices are a function of supply and demand”, explains Sam. “Government policy that restricts supply of housing is behind most of the high prices.” During his tenure as mayor he introduced EcoDensity, one of the world’s most ambitious plans to create affordable, sustainable, and eco-friendly housing in Vancouver.Its primary focus was to create more towers, and laneway homes, adapting existing land use so that it accommodates the increasing demand for Vancouver real estate. The plan mostly stagnated after his party denied him the nomination for reelection (yes, in Vancouver they have municipal parties), and the new municipal council, while verbally committed to building on the policy changes, has mostly been disengaged with the public.

According to city data, he might have a point. Last year Vancouver, while at a multi-year high, approved only 56 residential buildings more than 3 stories. While that sounds like a lot, it’s only 1,829 units – not quite enough for the 30,000 people that move to the Vancouver region every year.

When asked about foreign investments, Sam thinks it’s a problem, but one that can be fixed. “Foreign investment has local effects but is not the main problem.” He further explained that the city needs to create greater investment opportunities for foreign capital.

“In the 1990s city government saw large pools of capital looking for a place to land. We freed up large areas in the downtown for new housing. If capital does not have opportunities to invest in new housing it will settle on existing housing. We need new opportunities for investment capital to land on.”

One of those projects in the early 90’s was Concord Pacific Place, Canada’s largest planned community that just happens to also be in False Creek. The 1986 Expo lands were sold to Chinese-Canadian billionaire Li Ka-shing, who led a consortium of investors from around the world to build 10,000 homes at a cost of $4billion dollars. Since then, the largest densification approved by council was the Oakridge centre, a $1.5 billion dollar development slated to create 3,000 homes – which has since hit a snag with city council earlier this year.

If capital does not have opportunities to invest in new housing it will settle on existing housing.

“EcoDensity has moved the City in the right direction but not fast enough. We need to change the structure of civic government to facilitate more supply.” explains Sam. “The structure of city government is very simplistic and unsophisticated. Executive, legislative and judicial functions have all been given to the City Council, which should only do legislative functions. A judicial tribunal should decide on rezoning.”

While Vancouver’s city council has been requesting more powers from the province, Sam brings an interesting point – do they need less power? In the current model, council proposes, executes, and reviews its decision. It’s a system that works well in countries with planned economies, but Vancouver has a slight difference that makes the whole system questionable – elections.

Each councillor needs to satisfy the demands of their party, with the needs of the city. While everyone on council is very happy to make announcements about new multi-unit housing, it seems they aren’t so keen to have it in their neighbourhood. Afterall, if you own a multi-million dollar home in Point Grey, would you be running to the polls to elect someone putting up a condo that casts a shadow on your neighbourhood? Most politicians probably aren’t interested in testing that theory.

Think city council needs a power restructure? Why not send the province a tweet.