While not as hot as Vancouver, Toronto’s real estate market is still scorching – with more demand and less available inventory. 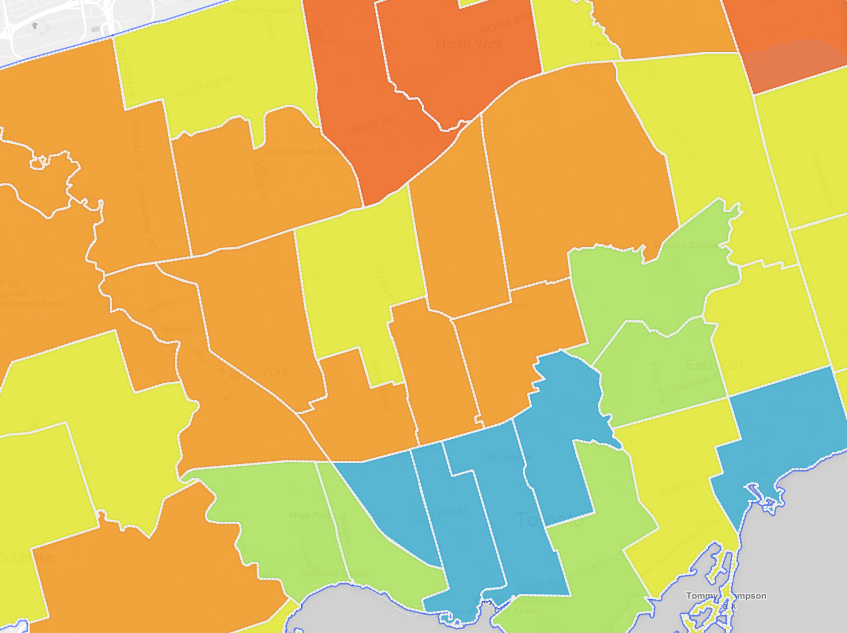 It isn’t quite as scorching as Vancouver, but the Toronto real estate market is still on fire. The latest report from the Toronto Real Estate Board (TREB) showed that prices increased dramatically year over year, with strong demand continuing to move price north.

Composite Prices Are Up

Across the board home prices soared in every segment. Or in TREB president Larry Cerqa words, there was “very strong home price growth, irrespective of home type or area”. Millennial translation: Prices went up regardless of what it looked like, what it was, or where it was. If you can live in it, you’re paying more this year than you were last.

Composite prices increased by 17.7% to $710,410 from August 2015. So if you were thinking of waiting until the end of summer for prices to come down, you probably weren’t feeling so lucky when September rolled around. The strength in pricing is being mostly attributed to low mortgage rates, and strong economic growth around the region. Although it will be interesting to see how the market will deal with increasing mortgage rates in the future.

As you can probably guess, demand remained strong. The average home only spent 18 days on the market, a -21.7% change from last year. In addition to people snatching homes more quickly, the number of listings decreased by 1.2%. If that wasn’t enough market pressure, the number of sales made through the MLS increased 23.5% to 9,813.

For those of you that got lost in the numbers, it’s a perfect storm for increasing home value. There’s less homes available, a higher percentage are being sold, and they’re moving faster than ever. Anyone looking for a pullback likely isn’t going to find it in the short term.

Single family detached homes represented the largest segment, a whopping 45.3% of sales. The average price moved 22.1% from last year to $964,000. Nowhere near Vancouver’s teardown detached homes, but you can’t argue that 45.3% isn’t an impressive gain.

It’s too soon to say whether increased demand had anything to do with foreign buyers. Although Juwai, China’s largest overseas real estate company, recently told us that inquiries for Toronto properties has soared. That’s just one source of information, but the Chinese firm is a behemoth. Their data might be the best and most detailed early source of information.