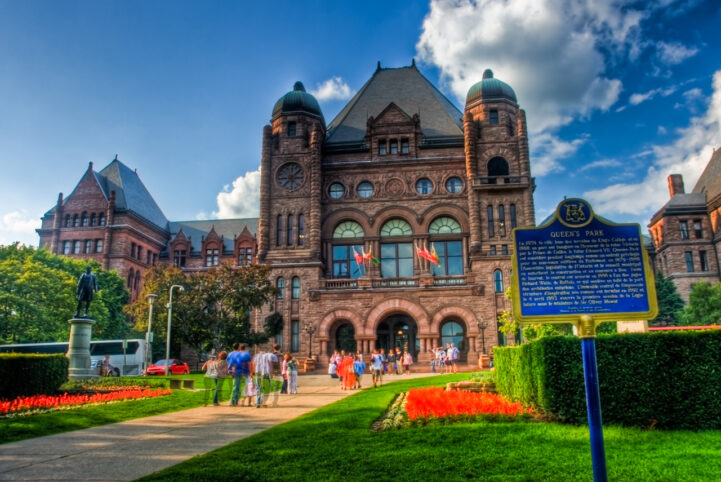 BC’s real estate has received a lot of media attention lately, but there hasn’t been a lot of talk about Ontario. Despite the lack of noise, the province also has skyrocketing real estate prices, an economy equally dependent on real estate, and may have more foreign buyers than BC.

I know, your real estate agent told you there was no problem. Even so, we reached out to Ontario Finance Minister Charles Sousa to get his read on the Toronto real estate market, it’s contribution to the employment sector, and what he’s been hearing about foreign buyers in Ontario.

“Home price appreciation is projected to ease over the next few years as interest rates rise gradually” explained Charles. “Looking ahead, most private-sector economists expect a soft landing in the Ontario housing market.”

He didn’t elaborate, but we’re currently at some of the lowest interest rates in history. This has allowed consumers to carry a larger mortgage than they previously would have. As interest rates return to prehistoric (before 2008) levels, the amount that can be borrowed will be lowered. This will decrease the number of people that can borrow sufficient amounts of capital to keep propelling the market.

“Ontario’s housing market remains an important source of economic growth and employment in the province. Strong job gains, low interest rates and growth in the number of households have been supporting strong house price gains in the Ontario housing market.” said Charles in response to why real estate prices are rising so rapidly in Toronto.

This is an interesting observation by itself. Real estate agents have become an “important source” of employment in Ontario. A quick search shows that the Toronto Real Estate Board has over 45,000 licensed real estate brokers and salespeople. To help wrap your head around how large that number is, Toronto only has 22,900 permanent and occasional teachers in the Toronto District School Board (TDSB). That’s right, we have almost 2 real estate agents for every teacher at the TDSB – the province’s largest school board and Toronto’s largest employer.

This makes a possible real estate crash more significant than you would think, because it’s not just a few boomers losing a few thousand dollars on the resale of their home. The business of selling each other homes is now one of the province’s largest employment sectors – and around one-third the size of Toronto’s whole retail sector. One that can be impacted by something as simple as rising interest rates.

Charles didn’t directly answer my question on a foreign buyer tax in Ontario, but he did remind us that “it will be important to ensure that policies intended to promote housing affordability do not create any unnecessary walls that prevent newcomers from contributing to our society.”

“There currently are data limitations regarding foreign activity in the overall Toronto housing market”, but he noted that “the Canadian Mortgage and Housing Corporation (CMHC) recently issued a report highlighting that the share of foreign ownership of condos in the Toronto CMA was 3.3% in 2015”. While that does seem like a low number in contrast to the BC government’s recent report of Metro Vancouver’s 9.7% of buyer transactions, keep in mind that the CMHC is tracking purchased property, whereas the BC government is using two month’s transaction data. One of those months immediately before a tax was announced.

He did mention that “the 2016 Federal Budget proposed to address the data gap on foreign activity in the Canadian housing market by allocating $500,000 to Statistics Canada in 2016–17, to develop methods for gathering data on purchases of Canadian housing by foreign homebuyers.” That could be his subtle hint that we’ll need to wait a year or more for any meaningful data. Afterall, if you develop tools to collect data for 2017, how long would you have to use those tools to get results?

While you may or may not agree with Charles’ politics, it’s hard to argue he doesn’t know his numbers. It’s nice to see that the provincial government in Ontario is assessing the problem in advance, and it’s definitely interesting that the province (which skews optimistic), is expecting a soft-landing. Unfortunately, whether you’re with Charles or you’re expecting a complete market failure like Marc Cohodes, it’s starting to look like the easy days of real estate money might actually be coming to end.

Source: StatsCan, Ministry of Finance. Photo of Ontario legislature a.k.a. “the Pink Palace” by Benson Kua.