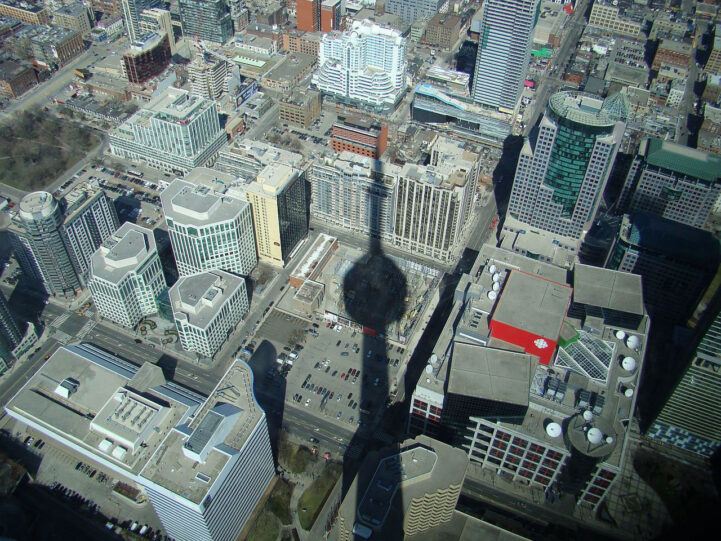 It’s like the saying goes “put your eggs in one highly volatile, and fragile basket – because nothing can ever go wrong”. Wait, no…that’s not the saying, is it? Us millennials are terrible with idioms.

Yesterday we broke down BC’s “thriving” economy, revealing that most of its growth was in real estate. Today we thought we would do the same for Ontario. After all, Ontario is the economic engine of Canada, so it can’t be depending solely on Toronto real estate for its economic growth, can it? Turns out, Ontario’s economy isn’t doing that much better than BC’s.

Our latest annual GDP numbers indicate 18% of all growth was in real estate transactions. That’s right, almost 1/5 of Ontario’s growth was selling or renting real estate. While it would be nice if we all just sold houses to each other, we’re building a pretty lopsided economy and we really should be asking “what’s next?”.

19% of Ontario’s provincial growth was in finance and insurance – an industry also tied to real estate. While Canada’s banks have historically been very conservative pillars, there’s mounting evidence that Canada’s big 5 are preparing for a market correction in the near term. This excludes the multi-billion dollar mortgage fraud situation we’ve been discussing.

Construction is tied to real estate in an obvious way, and this represented approximately 12% of Ontario’s GDP growth. In the event of a real estate crash, this industry isn’t likely to continue the breakneck growth we’ve been seeing. For those of you keeping track, that’s 49% of all growth tied to real estate. Starting to look a little scary? It gets worse.
This wouldn’t be terrible if the other 51% was meaningful growth, but a good portion of it isn’t. Unfortunately, 8% of the province’s growth came from retail, a generally low paying industry. And another 8% came from manufacturing, an industry with unsustainably high subsidies for wages.
Our government advocates more education to get a ‘good’ job, but it seems they’re only fostering industries that don’t necessarily utilize that education. If all of our growth is focused in just a few areas, where does this generation fit in?

We Need To Ask More Questions

This isn’t meant as a malicious critique, but rather an observation we found interesting. Millennials often receive a lot of flak, claiming that they’ve been greedily sitting out of the economic growth. In actuality, there isn’t much growth outside of one industry, so if they don’t want to join the 42,000+ real estate agents in Toronto, there isn’t really a whole lot of places for them to participate. Now, with Canada’s financial regulators acknowledging that the real estate heyday might be coming to a catastrophic end, people need to ask the province, how much of Ontario’s “thriving” industry has been smoke and mirrors all along?

Let’s Have An Honest Discussion