Vancouver real estate prices creeped up, but a significant drop in demand questions its ability to continue its rise. 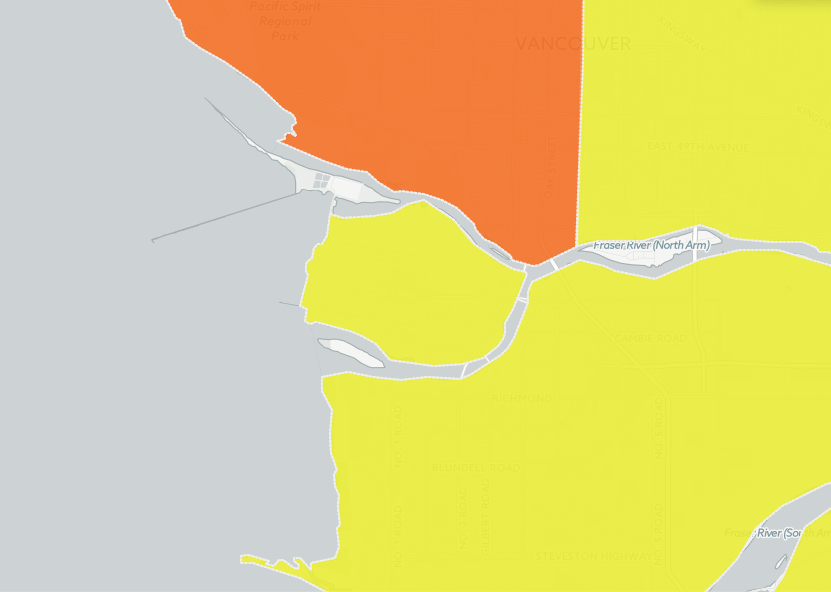 Timberrr…The Vancouver real estate market saw a significant drop in demand for the second month in a row. The latest numbers from the Real Estate Board of Greater Vancouver (REBGV) reported 2,489 sales, a decline of 26 percent year over year. There was a lot of interesting numbers in there, but detached homes is where the good stuff was.

For those that don’t know, Vancouver’s real estate has been on fire – reaching ridiculous heights. However, the single family detached homes are defying all logic. Prices have increased 70% over the last 3 years, almost twice as fast as all other urban centres in Canada. Everyone wants to know how high these can go, but the plummeting demand may be answering that soon.

Prices moved up ever so slightly last month, and they’re still far from a deal. The benchmark price for detached properties now sits at $1,577,300 – a 35.8% gain from last year. That’s around 60% higher than Toronto, Canada’s second most expensive market.

Vancouver West, where teardowns go for $3 million, had a minor uptick of 0.7%. The benchmark price currently sits at $3,617,400, which is a whopping 73% higher than a benchmark detached in Toronto’s most expensive neighborhood. Demand has been high for Vancouver, but that’s just wacky.

Absorption rates continued on a downward trend, reaching 29.3% – a 19% decline from the month prior. This is a trend that started earlier in the Spring, months before the province even began tracking foreign buyers. Sometimes called a sales-to-list, downward pressure on prices typically appears under 20%. In contrast to March’s high of 65.3%, it’s looking pretty close.

This is the first month BC’s new foreign buyer tax went into effect. It’s too early to tell whether it accelerated the cooling trend or not, but it did spook buyers at the very least. There’s substantial talk about a bubble pop in the upcoming months, so any changes may put buyers on edge.

While it’s hard to believe prices can continue to rise, it’s still too soon to call a trend. Domestic buyers could be sitting on the sidelines, monitoring foreign demand. The only thing that’s for sure, inventory is definitely building up.