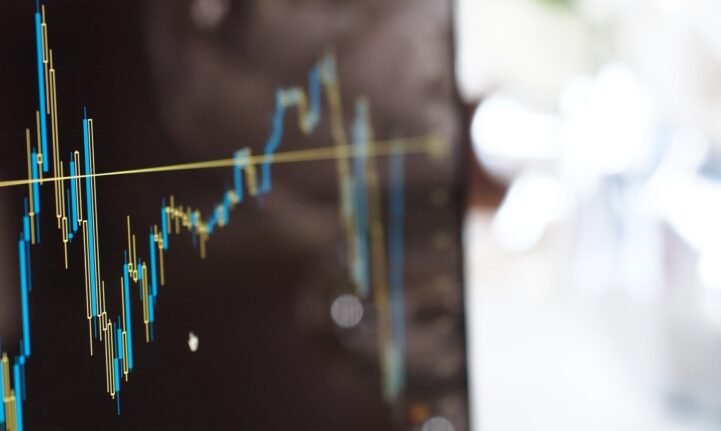 Earlier this week we published a piece on the divergence of supply and demand in Toronto’s detached market. A number of real estate agents sent us some hate mail to say a couple of months doesn’t mean anything, along with some not so cute nicknames for us. Then I saw institutional investment advisor (and one of the best in the biz) Ben Rabidoux drop a five-year chart that really highlights how big of a swing this is. Toronto is seeing detached listings rise at a massive rate, while sales drop. The general public might not understand how important of an issue this is, but smart money has been taking note.

New detached listings are hitting the market at a much higher rate than usual, and it rightfully brings up some questions. April saw 11,863 new detached listings, a more than 50% increase from the same month last year. Last month saw 9,012 new listings, which was also an increase of 28% from the same month last year. To be clear, both numbers are higher than any monthly year over year increase observed in the past 5 years. So yeah, it’s a lot of listings.

It’s easy to spot the divergence of sales and listings over one year. It still leaves the question however, how this trend looks over many years? Source: TREB.

Sales May Have Just Peaked Early

This becomes a little more concerning to potential sellers when you couple it with declining sales. There were 5,715 sales in April, a decline of 5.72% from the same month last year. This was also a 2.92% decline from the month prior. Typically going into spring, sales increase not decrease. Actually, a decline from March to April has not occurred in at least five years prior. Some people will argue that the decline is slight and shouldn’t be a concern, but a divergence of sales and listings is always an issue worth noting.

The gap between detached new listings and sales in Toronto narrowed until 2016. In 2017, this trend is broken. Broken trends generally signify a swing in market direction. Source: TREB.

A typical market is simple, less supply and more demand equals higher prices. However, this isn’t a normal market. Overheated markets like Toronto are often said to be operating on greater fool theory. This is actually a technical term, for a not so technical process. People are purchasing a home not based on any fundamental value, or even because they think it’s worth the price. They’re buying because they think prices will always go up. These people operate on the assumption that since prices “always go up”, they can simply unload the property at any time to what economists lovingly call, “a greater fool.” The next person that buys at an inflated price likely thinks the same thing.

These are the same people convinced a super rich foreign buyer wants to purchase their beatdown bungalow in the suburbs. You know, because why wouldn’t one of the world’s wealthiest people, who could live anywhere, pick a bungalow in the suburbs? A suburb, in a neighbourhood consumed by an opioid crisis. Yup, that makes perfect sense.

Toronto’s new listings for detached units overlapped. It’s a little easier to see how much more inventory has hit the market. Source: TREB.

What This Does Not Mean

Markets that operate like this aren’t using fundamentals on the way up, and they won’t use them on the way down. Buyers had more options last month, and less people competing for the same listings. What did they do? Instead of negotiating prices down, they bid more, and closed faster than when there was less inventory. The function of supply and demand was not in effect, and won’t be until there’s a change in buyer or seller mentality. So don’t expect lower prices, unless there’s a sudden market shock.

Market Shock Is Closer Than You Think

This information of a pending shock in the near future is already circulating amongst banking insiders. Earlier this year, the Bank of International Settlements warned the banking industry that Canada was at a high probability of a recession, and they said it could be as soon as the end of this year. This week Moody’s downgraded Canadian banks, warning institutional investors that your mortgages are nowhere near as good as gold. Generally speaking, insider trends will take 12 – 16 months for the average person to notice. Makes you wonder why so many bank executives were selling their homes just a few months ago, now doesn’t it?

Real estate agents are an essential part of the home buying process, and I wouldn’t try to buy without one. However, at 48,000 in the city of Toronto alone, not all of them know what they’re talking about. Even high profile agents analyze based on current market conditions, not relative conditions. Most have no idea how the shadow banking system plays into the market, or what a deposit run means for mortgage issuance. If you have an agent in this market that is not telling you there are risks associated with buying now, find a new agent.

In my opinion, Toronto won’t see a pull back on prices for detached units for at least a year. The surge of subprime buyers in the city has me convinced that the market is being driven by less financially sophisticated individuals. These types of buyers are stretching themselves thin to buy a dream of riches, not a home. Odds are pretty slim that they’ll consider the facts before the facts find them.

There’s a reason both professional investors and professional gamblers say the same thing, “never put down more money than you can afford to lose.” This doesn’t change if a real estate agent thinks it’s a minor blip, or they say analysts are “f**king morons.”

Note: Some agents will quote active listings to say inventory is down. Read why there’s issues with this number here.