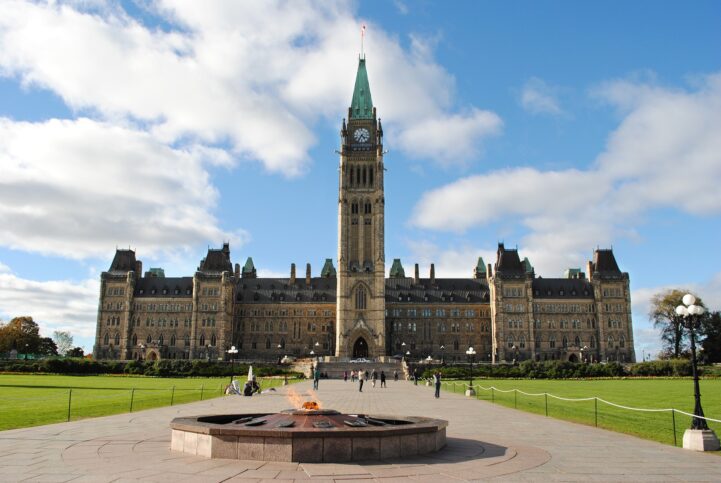 More bad news for the Canadian economy. The Bank of International Settlements (BIS), an international financial watchdog, released its fall quarterly report this week. In it, they expressed concern about Canada’s debt-to-GDP gap, which is used to measure the stability of the local banking system. The organization has flagged Canada for a financial crisis as early as next year. Yikes.

Advanced Indicator of A Financial Crisis

The credit-to-GDP gap is a scary accurate indicator that’s used by the BIS to monitor where the next financial risks will occur in the world. It’s accurately predicted the relatively recent and financial turmoil in England, the United States, as well as a few other economies. Generally speaking, any time a country’s credit-to-GDP gap is higher than 10% for three years, a banking crisis follows (along with a recession). Canada has now been in that territory since 2015, and there’s no sign that Canadians are going to have a sudden windfall to correct it.

Canada approached a dangerously high credit-to-GDP gap, then kept going. The BIS’ latest quarterly shows that Canada’s credit-to-GDP gap is now at 17.4%, which is way above the 10% warning threshold. China is the only other major economy with a higher ratio, although their GDP is growing at three times the rate of Canada’s. As a result, China’s planned economy might be better equipped to manage a downturn. Canada? Not so much.

Credit-to-GDP gap for Canada, compared to its largest trade partners. Note that the BIS breaks down 2016 into quarters for comparison, to highlight developments. Source: BIS.

Canada’s addiction to real estate speculation has driven Canadian consumers to record amounts of debt. As of December, discretely released numbers from the Bank of Canada (BoC) show that Canadians have $2 trillion dollars in consumer debt. A whopping 71.6% of the debt was mortgages, which Canadians have been piling into as they aggressively chased soaring real estate prices. BIS’ credit-to-GDP analysis shows that typically large binges of debt like this are followed by proportionally large recessions.

Now that Canada has been flagged for a recession next year, it’ll be interesting to see how Canadians respond. Will they abstain from further binging, or are they too busy shopping for new homes to hear the warnings.