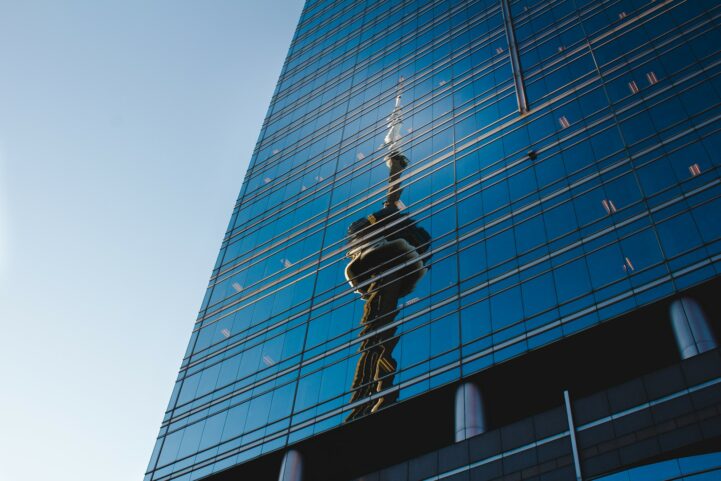 Toronto real estate is one of the world’s hottest markets right now, but the stats are looking a little strange. Despite the “record demand,” and “shortage of inventory,” thousands of listings are cancelled each month. Many of these listings reappear within days, in an attempt to game buyer psychology. Since Toronto’s MLS is a closed system, the listing history for properties is not available to the public. The consequence? Buyers have been led to believe that they should buy a home as quickly as possible, and pay over the asking price.

A small group of agents have been removing listings just before the MLS does the “active listings” tally. In 2016, there were 45,551 listings removed from the Toronto MLS without being sold. This number is roughly the equivalent of two cancelled listings, for every three sold. The ratio is 18% higher this year, than last year. Seems a little wacky, especially in a market where homes sell in less than two weeks, and for over ask… or so buyers have been trained to believe.

Last week I reached out to Jason Mercer, TREB’s director of market analysis, and asked him what I was missing. He explained what I called cancelled listings, are “terminations, suspensions, and expires.” He couldn’t tell me why Toronto had more cancelled listings last month than all of the homes sold in Vancouver during the same period, because “TREB does not collect data on why the status of a listing changes.” Apparently quite a few agents are familiar with Mercer’s last statement.

What Does This Mean?

There are many reasons listings are cancelled, but an average of almost 4,000 per month? I asked a few Toronto agents what they’ve been seeing. Many did confirm that it’s a common tactic to reduce the number of days on a listing, and it will give the appearance that it sold over ask. Unfortunately, no Toronto real estate agent was willing to do an official interview, for fear of alienating other agents.

I did reach out to Vancouver real estate agent Steve Saretsky, who has a reputation for being brutally honest about the market. He bluntly explained “the most common reason for a cancellation or termination of a listing is to re-list a stale property, usually at a lower price. This makes a once stale listing appear to be brand new or fresh once again.”

It also has the benefit that it’s not a price drop, it’s a new listing. Our early research with IBM’s Watson artificial intelligence engine tells us that days on market is one of the most important psychological factors impacting what a buyer is willing to pay. Manipulation of this number will have severe consequences to what could be a healthy market.

While Saretsky isn’t seeing a spike in cancelled listings in Vancouver, he did say “it’s one of the oldest tricks in the book.” He also told us, “ultimately a buyer’s agent will still have a history report of that property and a buyer should be aware of the previous stale listing.” That is, if you remember to ask your agent for a full listing history. I’m sure everyone does that, right?

The Consequences of Gaming Numbers

Toronto real estate is in demand, and it’s relatively scarce – no one’s denying that. However, the prices properties are being exchanged at, are not increasing at a rate that fundamental demand supports. When assets trade this way, traders say the market is operating on “greater fool theory.” Sellers are finding buyers that will pay a premium, relying on the belief that prices will always go up, a.k.a. “a greater fool.” There’s no justifiable reason, other than the buyer’s belief that other people are doing it, and they believe they can sell it to someone else, at a higher price.

Now that isn’t to say you won’t make money, because you might be able to find someone else that is willing to pay more. It does mean that the premium people are paying will be more susceptible to manipulation by fear. Here’s the problem: if people are told the statistics show that everyone is paying over ask, and in a really short period of time – that’s what people think you’re suppose to do.

honest real estate agents are caught in this crap storm, and are forced to participate whether they want to or not.

Through this manipulation of statistics, first-time buyers have been tricked into accepting a culture where you have 13 days, and can’t negotiate the biggest purchase of your life. It also means that honest real estate agents are caught in this crap storm, and are forced to participate whether they want to or not.

Still think people are doing this because Toronto is going to be the next New York? Well, this isn’t a normal process there. The average days on market in Manhattan is 68.

Data Should Be Open And Inspectable

Let’s make it clear that TREB isn’t at fault here, but they aren’t exactly trying to sort out the issue either. Having an opaque marketplace of real estate data leaves buyers susceptible to manipulation. A buyer’s only access to research is through press releases from real estate boards, or a sales associate.

If these numbers have been manipulated, you’re depending on TREB to catch that and notify you. If they don’t, you’re out of luck. A simple solution is to allow all buyers access to listing histories themselves. Unfortunately, TREB has been fighting tooth and nail to ensure that the data isn’t available through anyone else. Meanwhile, the province is still convinced that the real estate industry is capable of self-governing.

Is manipulating data in this way a good sales technique, or a serious problem with the way the system is set up? Give us (or Kathleen Wynne) a tweet, and let us know.