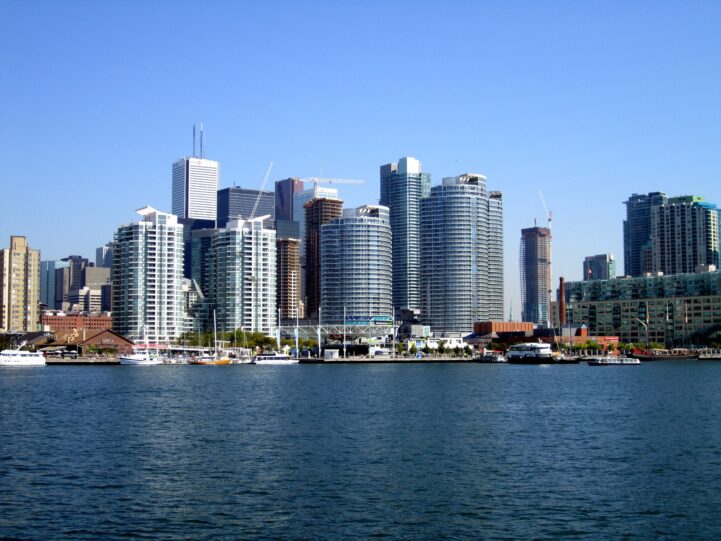 Toronto real estate had a sudden surge last year, and we’re finally starting to get a better picture of what happened. New statistics released by the Toronto Real Estate Board (TREB) once again confirm everyone didn’t just wake up to a shortage of land overnight. Instead it appears that speculators saw a gold rush, adding pressure to prices that sent emotional buyers into a bidding frenzy.

Sold In Less Than A Year

A surprising number of properties in the city of Toronto have been bought and sold in less than a year. In 2016, TREB said it was “less than 5%” but stopped short of giving a number. In just the first five months of 2017 however, it accounted for 7% of transactions. TREB called this “a very small share,” but to give it context it’s about twice as large as Toronto’s luxury market. Also probably worth noting here that Toronto’s luxury market is considered one of the hottest in the world. In case you didn’t catch that, 7% of the properties that were sold *this year* were bought less than 12 months ago – right around when prices started taking off.

Foreign Buyers Are A Smaller Segment

Foreign buyers represented another “small share.” From the third quarter of 2015 to the third quarter of 2016, 4.9% of transactions were conducted by “foreign buyers.” These aren’t the foreign buyers looking for assignment flips, and guaranteed cap rate investments like in Vancouver. In 2016, 91.5% of these buyers bought their home to move into, likely implying many of these were immigrants. Less than 1% had mailing addresses outside of Canada, and TREB found the majority of addresses were in the United States.

Most of the larger brokerages in Toronto have been telling us that domestic speculators are a larger segment than foreign buyers, and TREB just confirmed that too. In the Greater Toronto Area – Hamilton economic zone, 6.2% of homeowners own more than one home. Not 6.2% of transactions in the past few months – 6.2% of all homes. This is in line with the number the Ministry of Finance released just a few weeks ago.

Source: Second homebuyers are GTA residents that are registered to multiple property records in the same area. They’re only counted once, even if they appeared 15 times. Note, 2007 was a drop, but the Ministry of Finance says this was due to a change in recording standards. Source: TREB, MPAC, Ministry of Fianance, and Better Dwelling.

Sure, some might be informal landlords, but the cap rates don’t make economic sense. If you’re not familiar with the term, that means home prices in Toronto can’t be made up with rental income in an efficient way. Most purchases return around 2% in rental income, which means you’ll lose money on a mortgage annually. These are either extremely dumb business people that can’t do math (not likely), or people holding empty to flip at peaks. Tenanted properties are more difficult to sell than untenanted ones, and even easier if they’ve never been occupied before. Toronto’s vacant home situation starting to make sense? Perfect.

Speculative pressure is fleeting, and usually results in prices caving very quickly once the incentive gets removed. Prices are still creeping up in Toronto, but at a smaller rate than they previously were. Meanwhile listings are soaring, as people try to exit. Toronto needs to continue building to prevent an actual housing crisis in the future, but if you still think land became scarce in Toronto overnight, good luck with that.