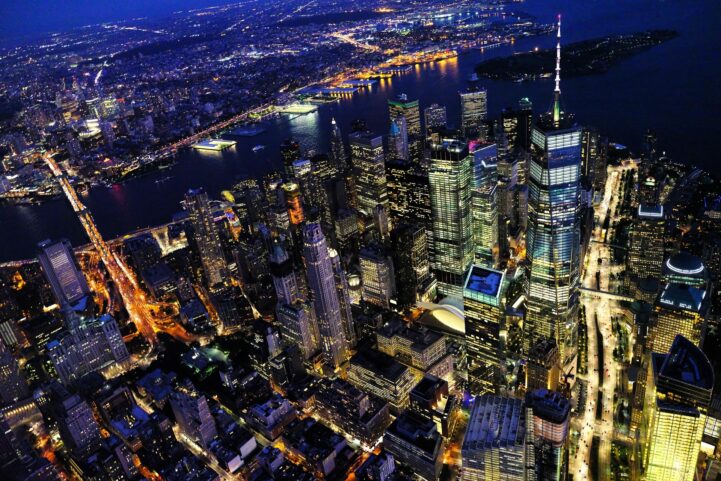 New York City is one of the most expensive markets in the world, and it’s taking its toll on the population. Rather than see the city fall into complete disrepair, like I don’t know… Vancouver, Canada – the New York State Assembly is moving swiftly to give the city the tools it needs to crack down on speculators. The Assembly is granting the city the power to leverage an additional tax on flippers. The flipper tax would be the latest tool employed by the city, looking to send a message that real estate speculation is not welcome.

New York City has attracted two destructive groups for any real estate market – predatory equity and flippers. Predatory equity, for those that don’t know, is when investors buy rent-controlled apartment buildings, only to systematically evict the tenants from their affordable housing. They then slap a new coat of paint on the walls, and jack up the rent. Hedge funds and private equity firms are the biggest culprits.

Flippers, one of the primary drivers of the Great Recession, are people that buy and hold for a short period of time. Sometimes they completely gut a building, and restore it to its former glory. Most of the time, they don’t really do anything, but hold and wait – like it’s a stock. This segment now represents 4.6% of sales in the city. I know, reality TV makes it looks like so much fun, but there’s some consequence. Yes, even the ones you see on reality TV.

What happens when predatory equity, flippers and a dash of foreign money all decide to meet up in New York City? Prices climb very quickly, eroding affordability at a rapid pace. While over 308,690 vacant homes sit empty, the number of families that have moved into the city’s shelters has jumped 27%. Both the city and the state have had enough, and are rolling out aggressive measures to curb the rapid price growth. How rapid did prices have to grow before sending the city and state into crisis mode? Just over 5%.

The first measure was rolled out by city the earlier this year, with the passing of the “Predatory Equity Bill.” The bill creates a watch list, to track rent-regulated properties bought by potentially predatory investors. The list is updated when a building is bought for a lot more money than rent would support. The thought being, if a building is unprofitable when bought, the new landlord wants to raise the rent. In order to raise the rent, they would have to force existing tenants out, usually through targeted harassment. There’s no guarantee notifying tenants of a predatory landlord, but at least it helps to prove intention.

A Flipping Tax Is Coming To NYC

On Thursday, the State Assembly added a provision to the 2018-2019 budget, which gives New York City the power to tax speculators. Part UU, the “NYC real estate flipping tax,” proposes amending the city’s tax code to allow for sales on real estate bought within two years of selling. The budget also proposes the money be directed to the New York Transit Authority, since you know… the people being displaced will need better transit to get to work. Details on how much the tax will be hasn’t been revealed, since the city would need to implement it first. However, the change would be the first step in giving the the city the tools it needs to tackle flippers.

New York City’s roll out of tools to curb speculation, are tame in contrast to cities like Paris, but it’s a start. Low interest rates and rapid expansion of the credit supply, have sent prices soaring across world class cities. Fortunately, most world class cities know that what makes them “world class” isn’t expensive real estate. It’s that people can live, work and do fantastic things in the city.