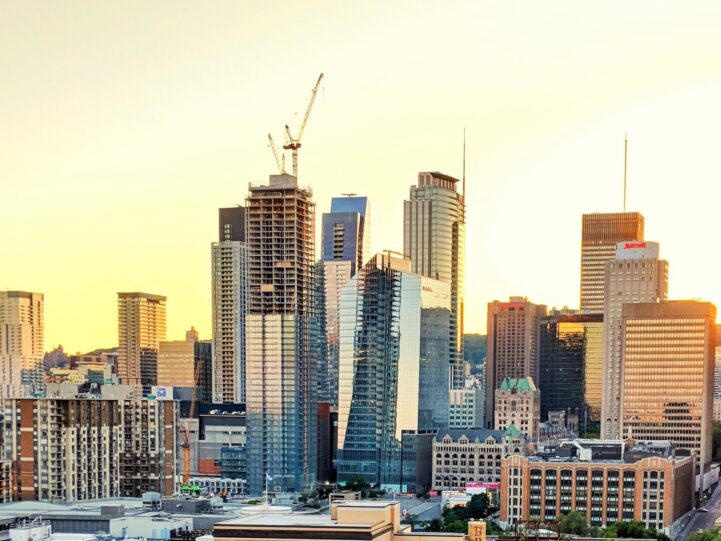 Who Did They Survey?

The Chinese market is an important funding source for nearly all North American developers. More than 90% of respondents said 1 in 10 units were sold to Chinese buyers. Juwai notes that this is consistent regardless of size, city or developer surveyed. Only 13% of Canadian developers have dedicated Mandarin speaking staff, with the rest outsourcing. Confirmation that Mainland money is a significant, but not majority, of the building boom.

Canadian developers are looking to Chinese buyers to pick up domes market slack. The survey shows ~40% of Canadian developers plan on raising overseas marketing budgets. Specifically, they’re looking at scaling efforts in China and Singapore. “Nearly half” will keep their current budgets, and only 13% will lower. This comes as foreign buyer taxes have hit both Toronto and Vancouver, and Montreal has one in the works.

The shift to ramping up pre-sale construction marketing overseas isn’t surprising. New home absorption in Toronto is less than a point away from a buyer’s market, and ditto with Vancouver. Developers can either sell overseas to massify, lower prices, or cancel projects. The last point is difficult as rates rise, making sitting on land less profitable.

One important takeaway from the survey is the developers aren’t all large. Large developers with dedicated resources to reach the Mainland market are noted for chasing foreign capital. However, the survey shows smaller developers are increasingly interested in the source of funding.