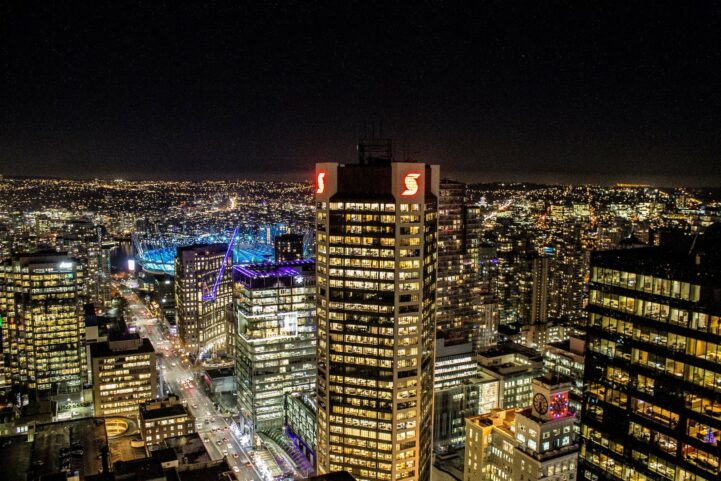 If you’re looking for a new condo in Greater Vancouver, a whole lot of supply is kicking around. Numbers from MLA Canada, a Vancouver-based real estate advisory firm, show a huge number of projects are expected to hit the market this month. The increase of new pre-sale units for sales comes at the same time as a slowdown in sales.

The number of pre-sales units launched fell last month. MLA estimates 688 pre-sale units launched in September, down 33.78% from the month before. This represents a 25.94% decline when compared to the same month last year. A lot more inventory is expected in October, so it’s assumed that many projects held off for an extra month.

You would think fewer units launched would mean a higher rate of absorption, but that wasn’t the case. September only saw 38% of units launched absorbed, down -13.63% from the month before. This represents an annual decline of 52.5% when compared to the same month last year. The rate is the lowest the city has seen in years.

This would be considered a buyer’s market. A buyer’s market is when the ratio falls below 40%, and the city is currently at 38%. Generally speaking, a buyer’s market means a buyer holds a little more power in the negotiation. Buyers can ask for more concessions, like lower prices or upgrades. It doesn’t mean they’ll get them, but the seller won’t laugh if asked about them. Probably won’t laugh… depends where.

Greater Vancouver is seeing a lot of new pre-sale projects launch in October. MLA anticipates 2,086 new units expected to hit the market, up 203% from the month before. This represents a 13.49% increase when compared to the same month last year. September was a little light, so a few of those launches could have been postponed until October.

October’s numbers are expected to the be the most new pre-sales to hit the market since February. It’s a mystery why February was so popular, but we have a hunch it may have to do with Mainland Chinese buyers. Juwai, an overseas real estate firm located in Mainland China, estimates that 21% of Chinese travelers during the February 2018 new year were looking to buy real estate overseas. If you’ve been under a rock the past few years, Mainland Chinese buyers are kind of an important market for the city.

The slate of new condos hitting the market comes at a time when the odds are stacked against quick sales. Chinese capital controls, higher interest rates, a tighter lending criteria, and sky high prices all hit in a short time. Individually, each one of these factors would be a hurdle to developers. All three of these factors? A nightmare. On the upside, there’s inventory if you’re looking for it.