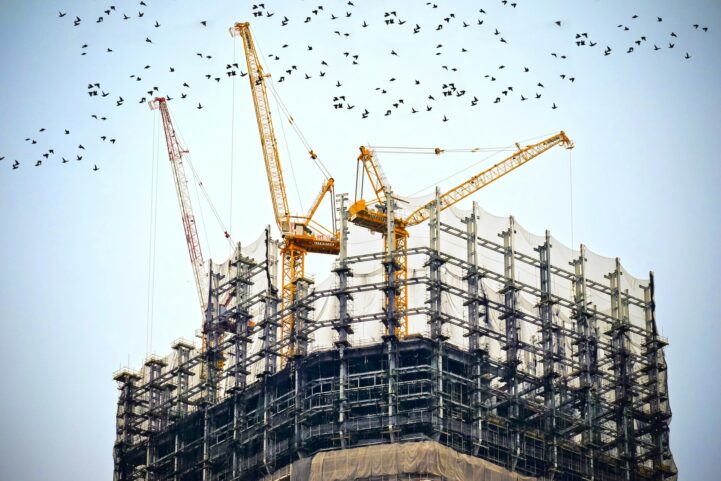 Canadian politicians are promising everything but the kitchen sink in the 2019 Federal Election. Although, there’s still 19 days – so don’t rule out kitchen sink subsidies. Most notable to our readers is obviously their housing platforms. A wide range of readers, from fund managers to Millennial buyers, have asked for our take on specific platforms.

Rather than take a partisan approach, we’re going to drill down each of the major party’s platform. There’s no shortage of politicians willing to talk about the benefits of each program. However, they always fail to mention how they might screw you over. They also tend to mislabel who benefits the most from each program. So instead of trying to promote a specific idea, we’re going to focus on the risks each program introduces.

Today we’re starting with the Liberals, but we’ll cover the other platforms this week. All parties are taking a similar approach of granting special rights to parties. As noted Columbia finance prof Charles Calomiris once wrote in 2009, “…Government subsidies or special rights granted to favored participants in the banking system and the incentive consequences of those subsidies and rights … has been at the center of the explanation of the propensity of banking crises for the past two centuries.” Hey, but I’m sure it’s different this time in Canada. On that note, let’s do this.

“…Government subsidies or special rights granted to favored participants in the banking system and the incentive consequences of those subsidies and rights … has been at the center of the explanation of the propensity of banking crises for the past two centuries.”

The Liberals will expand the First-Time Home Buyer Incentive (FTHBI) if re-elected. The plan lowers monthly payments, by letting you buy less of the house. The government kicks in up to 10% of the price, and you pay back their share with your profit/loss. Only households making less than $120,000 per year, can qualify. The mortgage also can’t exceed 4x the household income, so it caps at $480,000. If you’re from Toronto, and Vancouver – this program basically doesn’t exist for you.

If re-elected, they plan on expanding the program for Toronto, Vancouver, and Victoria. The cap on household income will increase to $150,000 per year in those regions. The maximum mortgage will also increase to 5x income, thus capping out at $750,000. Yes, the government will entertain the idea that a starter home costs more in Toronto than New York City.

The Program Is Designed To Simulate Demand, Not Increase Affordability

The program was helicopter money to the real estate industry, to prop up, or inflate, prices. By providing a part of the down payment, the government is pulling demand forward. That is, those that would have bought in a few years after saving enough for a downpayment, don’t have to do that. They can buy today, and the government will invest in their home purchase.

Dope. What’s the issue? By combining two cohorts of buyers, the government is creating more demand. The combined demand can increase competition, which increases prices. The government knows this, which is why they capped the price at the chosen amounts. The current limits are designed so the FTHBI doesn’t inflate Toronto or Vancouver. By raising the limits, they’re attempting to artificially stimulate demand in those very markets.

The US Tried Something Similar… It Sucked

If you’re wondering why this sounds familiar, it’s because the US has tried it before. The US tried stimulating housing markets twice in our lifetimes with similar programs. Once with the American Dream Downpayment Act (ADDA) in 2003. The second time with First-Time Homebuyer Credit (FTHC) in rounds between 2008 to 2012. Both were similar programs designed as temporary stimulus policies… not billed as affordability measures.

The American Dream Downpayment Act (ADDA) was a down payment assistance program. First-time buyers strapped for cash could get the government to pitch in up to six percent of the sale price. The program roll out came shortly after mortgage lending was tightened. They were trying to make sure poorer buyers weren’t “penalized” by tighter lending. Sounds vaguely familiar, but I can’t place exactly where we’ve heard this strategy before… Anyway–

The ADDA was considered odd at the time, but people didn’t ask a lot of questions. Why would the government loosen mortgage requirements, shortly after tightening them? Especially when there was no significant movement in price declines. Turns out it was the result of extensive lobbying from the mortgage industry. The players that pumped out the cash for lobbying, and ended up with a taxpayer bail out later that decade. Academics now consider the ADDA one of the key precursors that led to the Great Recession.

First-Time Homebuyer Credit (FTHC) is the other program rolled out in the US for down payment help. The program gave interest free down payment help, to stimulate the market. It was 2008 after all, and home prices had fallen an unprecedented 5% from peak. The correction was even infamously declared “contained” by the US Federal Reserve.

First the program rolled out to lower incomes, to not re-inflate expensive markets. In 2008, the program was extended to households making less than $150,000 per year. When they ran out of buyers to pull forward, they upped the minimum income to $225,000. The public read it was an affordability measure, to help those that couldn’t afford to buy. However, US Congress stated it was for “the explicit purpose of inducing demand for home purchases at a time of unusual weakness.” The plan worked, and home prices continued to rise right to the moon from 2008 onward.

Kidding! The program accelerated the transfer from low-use homeowners to high-use ones. In plain english, investors and developers holding empty homes sold to families. Most likely these investors would have sold to families at lower prices if the demand simply wasn’t there. However, they didn’t have to – demand was increased while prices were falling. Rather than investors losing money, sucker families could ride out the loss. After all, the loss of a few developers is a tragedy. The default of a few families is just a series of bad decisions they need to own up to.

The FTHC is considered a massive success, but not the way most people would consider it. The reallocation of inventory from investors to households provided liquidity. This helped to prevent prices from falling as much as they could have. Buyers in the program didn’t even default at a higher rate as expected. Although it was a myth that lower income homeowners were behind all of the defaults in the first place.

Investors that failed to sell fast enough were actually behind the surge in defaults. Lower income homeowners in the US, continued to pay their bills. In fact, they did so right into negative equity – some doing it to this day. Friendly banks didn’t bother to seize the negative equity homes, because… let’s be honest – they don’t want a house. They just want interest payments. Isn’t that nice of them?

Nerd! Who Cares? If It Works, It Works… Right?

Sure, lowering the size of a mortgage always makes the payments lower – but that may not be the case. Programs like this are often billed as demand inducement schemes. Canada’s billing it as an affordability measure is an odd interpretation of old programs.

Whenever you increase demand, you stand the chance of pushing prices higher. This may not be apparent in aggregate analysis, due to the fact that it impacts the price floor. Which is how nerds say the cheapest houses see prices rise, because that’s where the buyers are at. This would be a problem for both users and non-users of the FTHBI.

If you’re a user of the program, that house you were looking at may now have more buying competition. If there was no additional buyer demand, this lowers your payment. But if there is more demand, prices increase. That would mean the benefits of lower payments are a wash – you just paid more for the same house. You just happen to own a smaller share of it. If you’re not using the FTBHI, too bad – you’re dealing with government increased demand as well.

The induced demand is also an issue, because it’s just borrowing future demand. You can only pull so many buyers forward, before exhausting the supply. Think of it like debt, but with actual buyers. The more buyers we borrow from the future, the more we need to pay back. Plus interest. Otherwise we have the exact same issue we’re dealing with right now, but at much higher prices.

On the upside, the increased home buying benefits the economy, giving a boost to GDP – right? Well… sometimes it doesn’t. The US initially thought that was the case, and even claimed it as a benefit when they ended the program. However more in depth research from NBER researchers shows the cost of the program “considerably exceeded the potential GDP gains.” Having future buyers stretch to fit into today’s market means they don’t have as much to drive additional consumer spending. Whoops!

The FTHBI is likely to do little to help affordability. In fact, similar programs were used for the exact opposite – they were used to bolster demand. Which makes a little more sense when you realize absorption of new homes in Toronto and Vancouver is abysmal. Normally builders would lower prices to accommodate falling demand – you know, because excess supply. Instead, the government is trying to induce demand at these prices, potentially mitigating any developer losses. As the US has proven, that doesn’t necessarily mean the buyer’s risk has been mitigated.