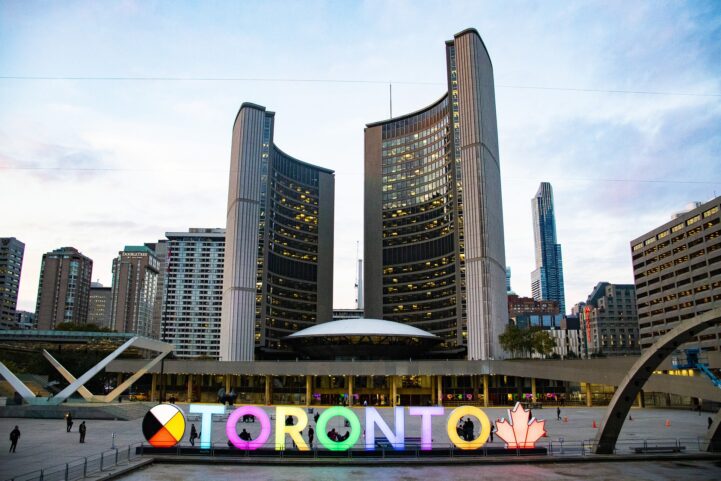 One of the world’s largest banks is seeing the beginning of a global real estate correction. UBS, a Swiss multinational mega-bank, published the 2019 Global Bubble Real Estate Index. Analysts from the bank are seeing more favorable financing conditions around the world. Despite the cheap money, the bank is also seeing the beginning of a price correction in global cities.

UBS analysts are seeing a collapse in interest rates around the world, but it’s not leading to higher prices. In fact, they’re seeing a negative trend in home prices, despite more favorable financing. They believe this is due to the interest rate “bottleneck” being cleared over the past few years.

In plain english, buyers that only needed more favorable financing already got it. Lower rates are failing to bring in new buyers in significant quantities. Economic uncertainty and low growth is outweighing the positives of falling rates. Analysts from the bank called it the emergence of a “correction phase” for global markets.

Global cities that have seen bubbly growth, and there’s a lot of them, aren’t likely to see large price growth. The decoupling of home prices from local incomes are creating unsustainable cities. In the long-term, the “absence of economic viability” will shift demand away from cities.

Suburbs are expected to pick up that slack, and likely have more room to see prices grow. The firm notes global cities historically preserve inflation adjusted capital. However, a persistent economic disconnect will lead to migration from the city centre. This can lead to stagnating or lower prices. New York City is currently undergoing a similar trend outlined here.

Toronto real estate is climbing up the charts, and is back to the second highest risk for a bubble. This is up from the number three spot it held in 2018, but down from topping the list in 2017. The firm notes prices are largely unchanged from last year, but prices tripled from 2000 to 2017. They estimate a 650 sqft apartment now costs 25 years worth of rent, up from 16 years just a decade ago. 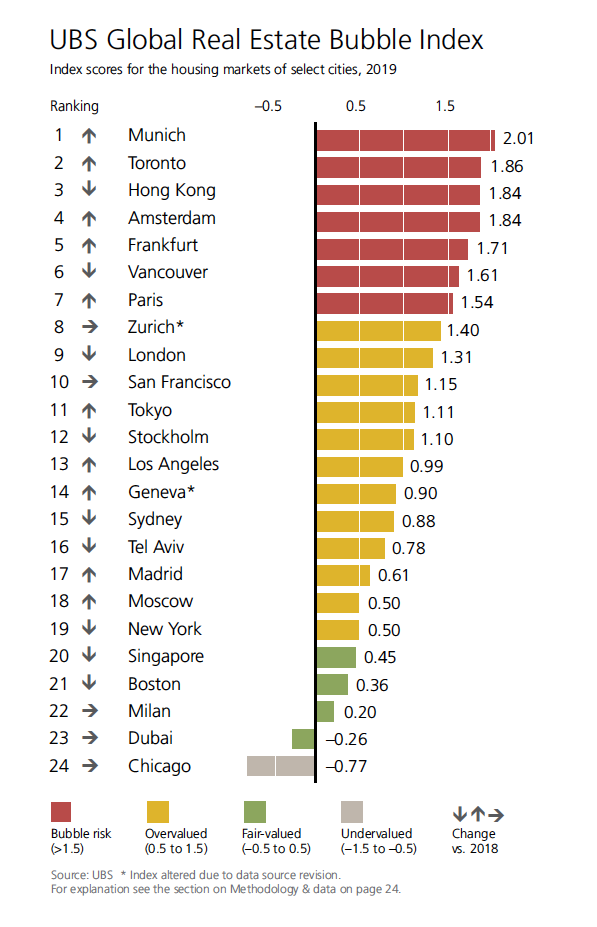 Vancouver real estate fell to the sixth highest market on the global bubble list. This is down from the fourth spot, which it held for the past two years. The first noted a price drop of 7% helped to correct things. However, real home prices in the city still remain over 75% above where they were 10 years ago. It would take 29 years of rent to pay for the equivalent 650 sqft apartment. This is up from the 20 years it would have taken, just 10 years ago. 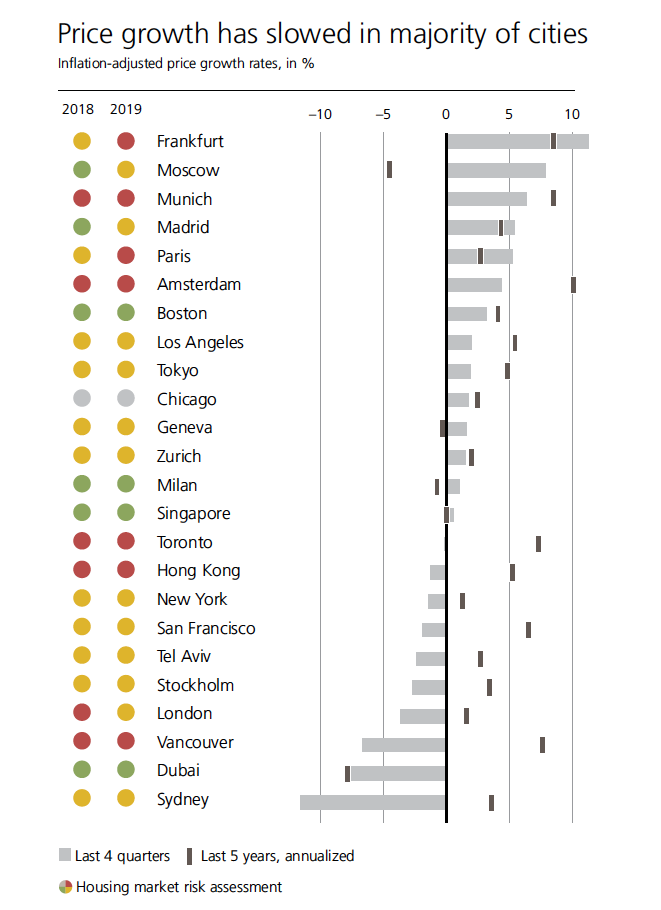