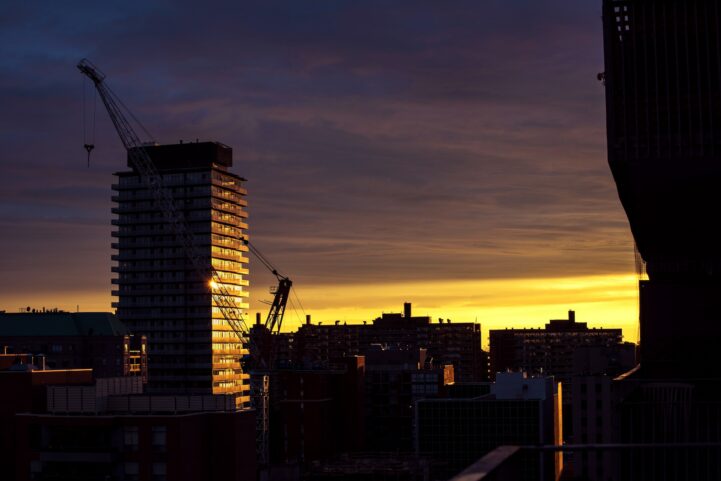 Slow sales be damned, Greater Toronto new home buyers are still pushing prices. At least for condo apartments. Altus Group and BILD data shows sales were climbing in August. However, so was inventory – which lead to even more new homes on the market compared to sales. Even though fewer than one in ten homes are being sold, buyers continue to push some price segments higher.

Greater Toronto continues to see new detached home prices fall, while condos rise. The Altus single-family benchmark price fell to $1,083,358 in August, down 4.1% from last year. The typical new condo apartment price reached $840,799, up 7.2% over the same period. The price divergence has been happening for nearly two years now.

Sales of new Greater Toronto real estate increased. There were 1,400 new home sales reported in August, up 18.84% from the same month last year. Breaking it down, condo apartments represented 961 of the sales, which is down 3.61% from last year. Single – family home sales reached 997, up 450% from last year.

New home sales in the GTA are significantly better than last year, but that doesn’t tell us a lot. There have been 21,349 sales year-to-date (YTD) in August, up a massive 39.65% from last year. Compared to 2017 YTD, this year is down 28.50%. Sales volumes are also down 23.49% YTD compared to the 5-year median volume. If you’re hearing things are better, it’s absolutely true. Unfortunately, better than last year wasn’t exactly a high bar to clear.

New home inventory was up bigly across the region last month. There were 16,529 homes for sales in August, up 21.36% from the same month last year. Compared to August 2017, this year’s number is 94.73% higher. The massive rise in inventory from 2017’s lows should have released a lot of price pressure.

Inventory rising faster than sales dropped the sales to active listings ratio (SALR). The SALR dropped to 8.47% in August, down from the 8.65% it was during the same month last year. The market is considered a buyer’s market when this number is below 12%, and prices are expected to fall. Above 20% is considered a seller’s market, and prices are expected to rise. Between 12% and 20% is considered balanced, and the market is priced right for demand.

Greater Toronto new home sales continues its path to recovery last month. The poor inventory absorption should be relieving price pressure. However, only single-family homes appear to be benefiting from more inventory. Master negotiators are still pushing the price of condo apartments higher, even though only one in ten new homes are selling.