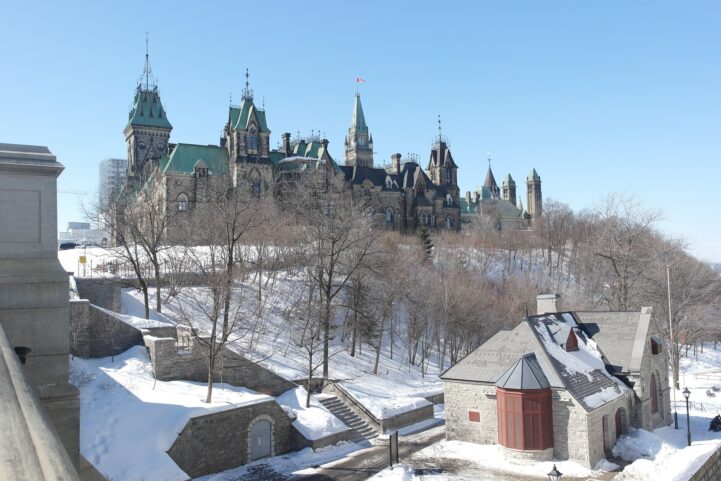 The Government of Canada is mulling over how to increase household debt. Seriously. The Ministry of Finance is considering extending the maximum amortization for insured mortgages. The move would lower payments relative to 25 year amortizations, in exchange for paying more interest. The move helps in the short-term, but can cost households a lot more. In addition, it’s also likely to drive prices even higher during the next housing cycle.

The Federal government is considering extending the maximum amortization schedule on mortgages. Amortization is the length of time a borrower agrees to pay off their loan. Insured mortgages are limited to a 25 year term, meaning their home will be paid off in 25 years. It’s a very long time, but it’s a cap that we’ve become fairly accustomed to in Canada, over the past few decades.

The Home Builders Association claims that could change very soon. Canada is considering allowing first-time buyers the ability to amortize for 30 years. The thought is this increases affordability, but does it actually? Let’s run the numbers to see what they’re talking about.

Today we’re comparing the cost of different amortizations to a borrower. The home will be a typical Toronto home, which now costs $761,800. We’ll assume the borrower has 10% down (since it’s insured), and borrowing at a rate of 3.59% on a 5 year fixed. We’ll also assume the rate throughout the whole mortgage, which underestimates the cost. We’re currently near an all-time low for interest rates, which means they’re likely to climb. The numbers are for Toronto, but the ratios will apply to all regions, since we’re only extending the amort.

The taxes, maintenance, and insurance are not included in these numbers either. Also excluded are utilities, or anything else really. We’re just using the cost of the mortgage today, since that’s what’s being influenced. Actual costs are likely to be higher.

Lengthening the amortization lowers payments, when comparing the same sized mortgage. Using the numbers from above, a borrower would pay $3,562 per month on a 25 year schedule. On a 30 year schedule, that payment drops to $3,103 per month – down 12.88%. Lowering your payment gives a little more wiggle room, and improves payment “affordability.” This is how the government, banks, someone profiting from your mortgage, and idiots look at the numbers.

It Increases The Amount of Interest You Pay

The government and industry always forget to mention it’ll cost people more… a lot more. The payments we ran on the 25 year amortization work out to a hefty $351,103 in interest payments over the term. Over a 30 year amortization, it jumps to $431,511 – about ~22.9% more than a 25 year term. Same house, lower payments, but you end up paying over 22 cents more per dollar you pay back.

The amount of interest paid on a Canadian mortgage, with an average mortgage rate of 3.59% over the term.

It Makes Housing More Expensive In The Long-Term

Extending amortizations only makes housing “more affordable” temporarily, since credit inflates prices. Lowering the cost of borrowing is often thought of as a way to increase affordability. After all, less interest being paid mean you can increase the amount you can pay down on principal. Less money to servicing your mortgage means cheaper housing, right?

The percent of income used to service mortgages across Canada. This number includes mortgage payments, and utilitilies.

If you’re a real estate agent stuck on “home prices will go higher?,” remember that’s long-term. Real estate works in a cycle, and once it’s made an exhaustion move – prices need to correct for new buyers to enter. Near term, we’re looking at a global synchronized downtrend for home prices. If you’re a believer that home prices lead the business cycle, a recessions follows to purge economic inefficiencies. Recessions make it difficult to push prices higher. Instead, we would be likely to see the impact in the next real estate peak, in a few years.

The important thing is borrowers with a 30 year amort will pay less towards principal. While it does cost borrowers more, and it inflates home prices – it boosts bank revenues. Improving bank revenues is going to be a priority soon, since mortgage growth at the banks has dropped to multi-year lows. In hindsight, it seems less like a tool to improve affordability, and more of a stealth bank bailout.