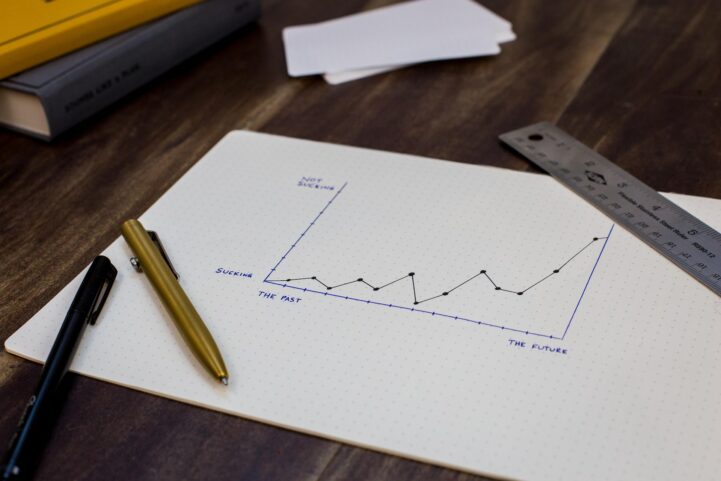 The recession indicator “that has a perfect record” in the US is now flashing red alert in Canada. Canada’s 10-2 treasury yield spread officially inverted in July. The spread has been flattening since 2017, but finally turned negative last month. The yield curve inversion indicates investor expectations for the future are spiraling lower. We know, none of that made sense to the average person. Don’t worry, here’s a plain english guide to why your portfolio manager is randomly sobbing.

First, here’s a quick refresher (or intro) to bonds and yield curves, for those that need one. Bonds are a way for issuers to raise money, for a predetermined set of time. In exchange for the cash, issuers give regular payments over the term – called coupons. Bond yields, in its simplest form, are the annual total of the coupons, as a percentage of the face value. The rest, i.e. the face value, is returned at the end of the duration. The general rule is, the higher the return, the more risk is assumed. Longer terms usually have greater risk, since the future is less clear the further out you go.

The yield curve is a plot of bond yields from an issuer, usually a government, by length of time to maturity. A healthy yield curve slopes higher as it moves further to the right of the graph. That is, the longer the bond offer, the higher the yield should be. Under normal circumstances, a 10-year Government of Canada bond pays more than a 2-year. It’s not easy to know what will happen in two years, but it’s usually easier to guess than 10-years out.

An example of a typical “healthy” yield curve, with yields rising as term lengths increase.

An unhealthy yield curve slopes lower as it moves further right on the graph. As longer term rates begin to drop, the yield curve “flattens,” as risk piles on. If the curve slopes down, and longer-term bonds return less than near-term, there’s a problem. Investors are demonstrating they believe the future is less risky than today. This is an ominous sign, often indicative of a recession, and known as yield curve inversion. Now that you’re on your way to being the next Bill Gross, here’s what we’re looking at today.

A common yield curve watched is the 10-2 (pronounced ten-two), from governments. This is the difference between the yield of a 10-year bond, and a 2-year bond from the same issuer. Ideally, when watching this you want to see a positive spread. Meaning the longer-term (10-year) is higher than the short-term (2-year). When the spread is negative, the 2-year is higher than the 10-year, we get yield curve inversion.

The 10-2 is common due to the distinct sensitivity and demand influence. 10-year treasuries are most influenced by investor expectations of the future. Since they’re long dated, they aren’t as volatile as shorter-terms. The 2-year more closely resembles the overnight rate. These shorter-term bonds tend to reflect the movements of consumer borrowing rates. So when the 2-year rises above the 10-year, investors have turned bearish – the consumer just has no idea. In plain english, investors are demonstrating they think borrowing to buy an asset near term means you’re probably overpaying for the asset.

Note, demonstrating is distinct from saying something. Often the words don’t align with the actions of an institution. Traders have a mantra that describes this, “trade what you see, not what you know.” The reason is, by the time someone tells you they see an issue, they’ve already prepared themselves. Otherwise, they risk losing liquidity, which impacts their profits.

Canada’s yield curve inverted last month, for the first time since the Great Recession. The 10-year Government of Canada bond yield fell to 1.49% in July, a decline of just 1 bp from June. The 2-year Government of Canada bond jumped to 1.55%, rising 9 bps in a month. Canada hasn’t seen the spread fall this low in over 10 years, and even then it was only for a few months.

The spread between the 10 and 2-year Government of Canada benchmark bond yields, as reported monthly.

Canada’s 10-2 inverted in the year 2000, without a technical recession. GDP did not fall for two consecutive quarters shortly after inversion. Unemployment did rise 90bps, and nine interest rate cuts were made. One of the few reasons GDP didn’t print a recession was oil prices surged. In the year 2000, oil prices reached the highest levels since 1990, helping to bolster the GDP print. No technical recession was made, it just felt like one.

“Those who say things are different each time are probably counting on the fact that it will take about 2 years to know for sure, so who’s going to remember?”

— Arturo Estrella, the economist that first noted the relation of yield curve inversion and recessions. 2019.

There’s some discussion that “this time is different.” Which is usually what’s said right before an issue boils up. After all, if they acknowledged the issue, they may be able to change the outcome. The fact that they aren’t, is typically what causes so much damage.