One of the “Big Three” credit agencies warned they expect a big jump for insolvencies. TransUnion gave the industry a look at recent macroeconomic and consumer credit activity this week. During the presentation, the firm’s analysts highlighted various deteriorating macro events. They warned lenders to expect a rising wave of defaults, as a “severe” risk scenario plays out.

A “Severe” Scenario Is Now Most Likely

As previously discussed, risk firms forecast in ranges – which depend on various factors. TransUnion analysts looked at over 40 different metrics, including forbearance and credit. The “base case” before the pandemic saw slowing credit growth, and rising delinquencies. As the pandemic set in, analysts from the firm began to think the medium case was likely. However, due to recent developments, metrics now show we’ve entered the “severe scenario.” 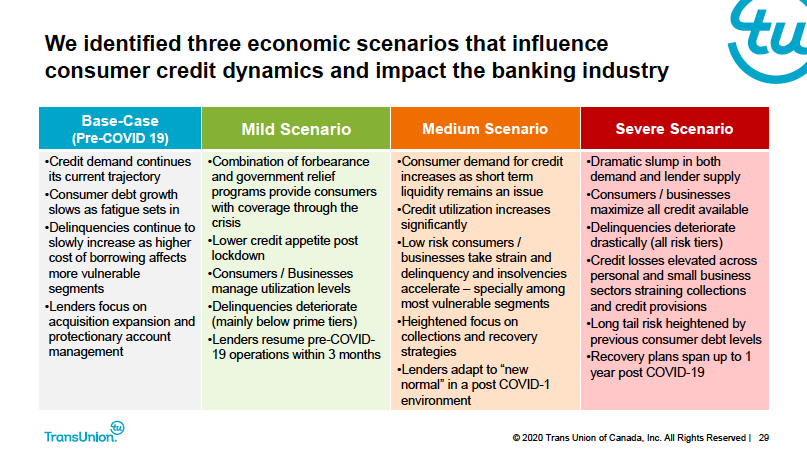 In the severe scenario, they expect the mortgage market will be hit fairly hard. By Q3 2020, they expect mortgage originations to drop by 43%. Average balances rise by 20%, as people stop aggressively paying off balances. Most interesting – the delinquency rate could rise 200%. The end of the third quarter would be around when the surge in mortgage deferrals begin to expire. 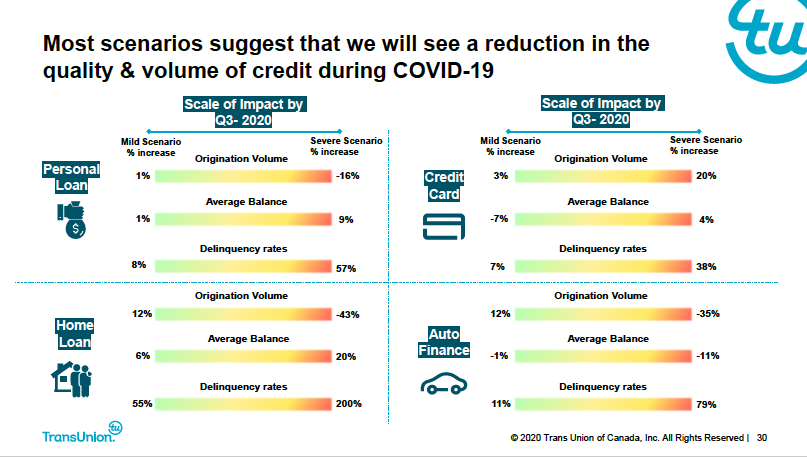 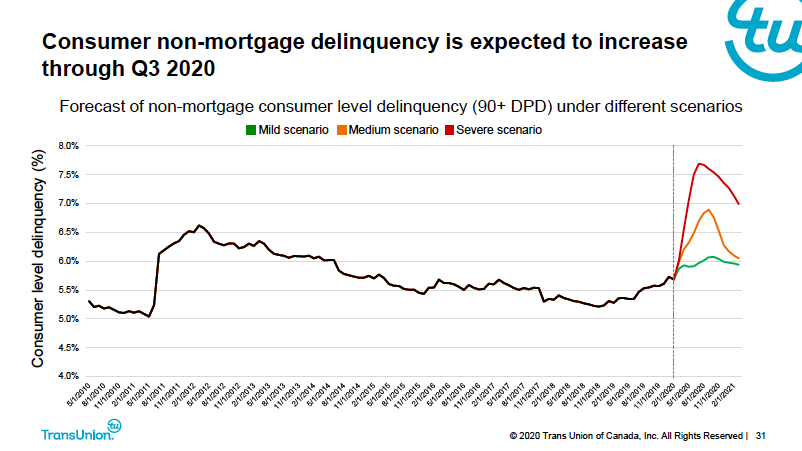 Overall, the firm’s outlook seems to be in-line with what other credit risk firms have been saying. Insolvencies were rising and credit growth was slow last year. Now with a recession approaching, they expect the trend to accelerate. Over the long-term, the firm  also warned, “entire sectors of the economy will have long lasting impacts and some may not recover (travel, small business, ride-sharing, Commercial real estate).”