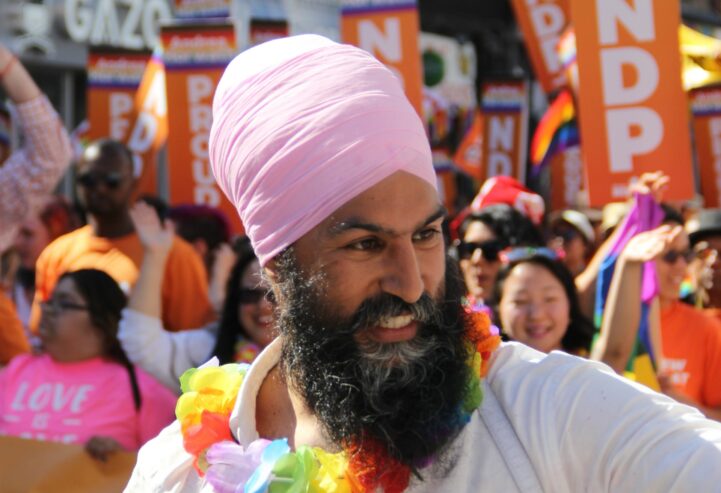 Only 17 days until the election, and all parties are promising helicopter money for housing. The NDP plan, with rental subsidies, is probably the most well intended one. Rather than using tax dollars to help buy investments, they’re focusing on core needs. Unfortunately, every time you inject a large amount of cash into a market, it creates a ripple effect. The ripple effect flows through the whole market, not just a targeted segment. Even if they’re only looking to help low income renters, there’s broad implications for both non-subsidized renters and homebuyers.

As mentioned in the pieces covering the Liberals and CPC, we’re not picking on a party. Instead, we’re taking a non-partisan look at just the housing plan. We’re also exclusively looking at the risks, and unintended impact to the broad market. Politicians are more than willing to discuss the positives, so we’ll leave that to them.

That last part is in bold, because despite writing this yesterday – a number of CPC supporters still contacted us to say it was biased to not cover the positives. Once again, JUST THE RISK AND UNINTENDED CONSEQUENCES. If you pull up a pizza menu, you really shouldn’t be complaining if you can’t find sushi. On that note, let’s take a look at the NDP’s rental subsidies.

The most interesting key point in the NDP platform is rent relief via supplements. The full details of the plan have yet to be released, but so far they’ve said it would amount to $5,000 for 500,000 families. An extra $416 per month is quite the windfall, if you’re living on a tight budget. In theory, this income frees up more household cash to spend on necessities.

First off, if you’re going to give taxpayer money to someone, it should go to those with low incomes. Money to low income households helps them live with dignity, and is immediately consumed. The money isn’t a handout to build up excess wealth to a private household. It’s spent on basic living expenses, and quickly flows back into the economy. In this case, the rent supplement would go right to their landlord. That’s where the problem is – it’s as much rental relief, as it is a gift to private landlords.

Renters of private property receiving supplements tend to see rents rise faster. Even though households were uncomfortable before supplements, they still made the payments. Injecting additional cash means they will more readily absorb increases to rents. In France, when subsidized rolled out, landlords adjusted their pricing strategy for potentially assisted tenants. Basically, the same units were now much more expensive. Landlords knew the government would make larger increases more palatable to those households.

This Plan Drives Rents Higher Across The Board

Knowing how market prices rent is important when it comes to understanding the impact. Rents are priced according to comps, not the cost a landlord pays to maintain the unit. For each additional perceived benefit a unit has, the more expensive it becomes. It’s fair to assume needing rental supplements, would seek the least expensive housing. If the least expensive housing gets a bump to absorb the cash injection, everything else gets a bump as well. In the short-term, this could push all rents higher. Wealthy renters, don’t worry about it. The higher the rental price, the smaller the impact of a rising market price floor.

If private subsidies raise rents, they improve the rate of return on housing. As the rate of return for housing rises, so does the premium for investors. That’s the white collared way of saying home prices move higher. If home prices are falling, this cushions them from falling as much as they should. If home prices are rising, this would accelerate them even faster. Higher rents can also create more buyers, since the gap between rent and buying narrows. Creating more demand, typically generates more upward pressure on prices.

In hot markets, some investors accept negative cash flow for fast appreciating houses. These speculative landlords are actually paying to have tenants in the unit. It’s a risky way of doing things, but it works if prices keep rising faster than the gap between rent collected.

Obviously, this isn’t sustainable long term. If it were, a one-bedroom condo that costs $500,000 would be worth $100,000,000 in just over 61 years. There’s typically a pull back towards a more sustainable return based on rent collected. In a bad recession, where rents fall as well, they both chase each other lower. However, as rents rise, they make falling prices more attractive to investors. Of course investors will take better yield.

A Shift To Suburban Markets?

Once the cost rises to a certain point, employers start looking at setting up shop look at other places. Manhattan has been seeing this some time, with many firms moving across the water. Silicon Valley, with a lower price-to-income ratio than Toronto, is seeing an outflow of new companies due to prices. The reason? The majority of investment in startups now goes to rent in these expensive cities. Ultimately, this leads to price stagnation, driving employers (and property investors) to smaller cities. This is part of the reason Canadian real estate investors have been flocking to the suburbs.

The NDP housing plan is the most noble of the plans, actually looking to help poor people. However, they’re estimating over 1.3% of the population needs an injection of cash. You can’t inject that much money into the private system, without causing a ripple effect. Further, this is a temporary measure, until the government builds more subsidized housing. So what happens to rental supply previous occupied by subsidized renters in 10 years? Investors holding those units won’t be super happy.

For the Liberal Party of Canada and CPC plans.