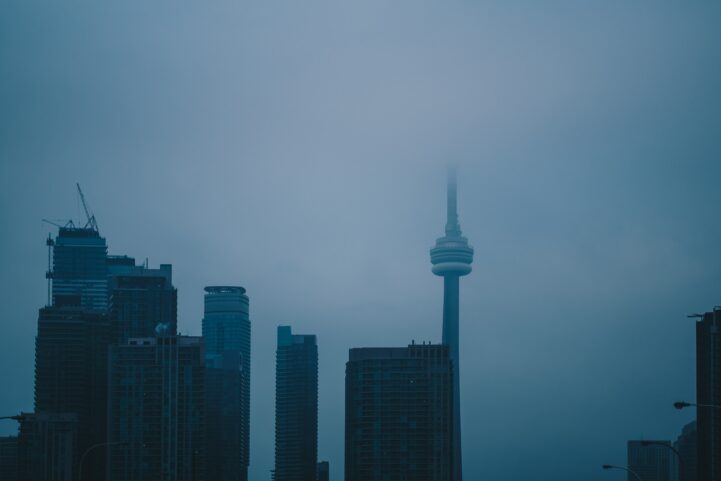 The Government of Canada is using taxpayer money to invest in real estate at near peak valuations. The Department of Finance revealed the 2019 Budget yesterday, including new housing measures. Most notable is the First-Time Home Buyer Incentive, which allows the CMHC, Canada’s national housing agency, to become an investor in your real estate. On the surface, it seems like it may provide a boost to the market, and is a generous gift to first-time buyers. The program’s timing however, makes it a predatory loan scheme that will do more harm than good. How you ask? Let us count the ways.

The First-Time Home Buyer Incentive is a “shared equity” program, announced in the 2019 Budget. The program allows insured first-time home buyers to let the CMHC become a co-owner in their home. The Crown corp will kick in 5% on a resale, or 10% towards new housing. The program launches in the fall, and the government hopes it will “increase the supply of housing.”

Full details won’t be released until later this year, but the gist of it is laid out in the 2019 Budget. First-time home buyers with a household income of less than $120,000/year can qualify. The mortgage amount needs to be less than 4x the household income, and you pay it back upon selling. Since the program is a “shared equity” program, it appears the CMHC would assume a stakeholder risk.

Why Tho? Using Young People To Reduce Capital Overhang

Capital overhang is when an asset is about to flood the market. This is when more supply will reach than can be readily absorbed by qualified buyers. Since not all of the supply can be absorbed at the same time, the asset drops in price until there is a buyer. This drops the value of the total market, and makes it harder for existing owners to sell. For example, if an institution dumps a large position, their position overhangs the market. The result is existing asset owners won’t have liquidity, and prices fall.

During the Great Recession, the US used policy to address a capital overhang in real estate. The First-Time Homebuyer Credit was billed as a way to help young homeowners buy into the market in 2008. The unspoken purpose was to reallocate homes from distressed owners, to buyers that could afford to take a hit. Great news for distressed investors, but not so great for the buyers.

The inflation adjusted value of US home prices.

Economists observed it persuaded first-time homebuyers into moving up their purchases, and “buy into bubbles.” Yes, the government threw first-time buyers under the bus. Great if you’re were a speculator, you didn’t lose everything. Not great if you were a first-time buyer, because they fell behind on wealth building at best.

Bonus Fun Fact: Usually an institution will try to “iceberg” a large equity position, before showing an overhang. This is when they execute several smaller, harmless looking orders that aren’t as obvious to buyers. The Canadian real estate industry has already been running a similar strategy. You only run an overhang trade when pending losses begin to look unavoidable, and speed is needed.

The program may sway first-time buyers to stay out of the market this year. Details of the program won’t be released until later this year, and it won’t be live until at least this fall. Prominent mortgage broker Ron Butler pointed out buyers are now incentivized to wait until the fall. Canadian real estate sales are already at Great Recession levels. The government may have just slowed it down even further, and faster. Quite the accomplishment.

Let’s not be naive, this was a taxpayer funded gift to real estate developers. Let’s ignore that they said we need to stimulate construction while it’s at an all-time high. Instead, let’s just look at the buyers balking at prices at these levels. In Toronto, only 8.7% of new home inventory was absorbed in January. Vancouver did slightly better but still terrible, with 10% of new inventory absorbed. Not even negative cap rate investors are stepping in at these valuations.

Typically in situations where demand falls, and supply increases – prices come down. Analysts expect prices to fall rapidly when absorption falls below 12%. Now that we’ve reached that point, the government steps in with a bag of tax dollars. In fact, the CMHC is offering 2x the amount of investment if you buy new construction, instead of a gently used home. At least this helps developers lower their risk of failure. The death of one developer’s equity is a tragedy. The death of many millennials equity is a statistic.

Trudeaus Have A History of Making First-Time Bagholders

This isn’t the first-time Canada is rolling out first-time buyer schemes at peak. In 1982, Prime Minister Pierre Trudeau’s budget launched the New Home Construction and First-Time Buyers’ Plan. The program provided a CMHC grant of $3,000, after national prices rolled back a year. The program was popular for the first-few weeks, then stagnated as prices fell. It was discontinued one year later, and as prices fell further. Love the progressive values of the Trudeaus. Hate that they mobilize young people as corporate pawns.

The inflation adjusted value of Canadian home prices, and the launch date of the “New Home Construction and First-Time Buyers’ Plan”. The first-time buying scheme was discontinued one year later.

In my opinion, there are a few other implications – especially around credit. However, these are the really big ones that immediately stand out. The scheme is either very well thought out, and they expect a massive capital overhang. That would imply they are intentionally setting up young people to absorb some of the losses. Or it’s very poorly thought out, and they did very little studying of the actual impact. Either way, at least it’s not as dumb as the mortgage industry blaming the impact of “Steves” on the real estate market.