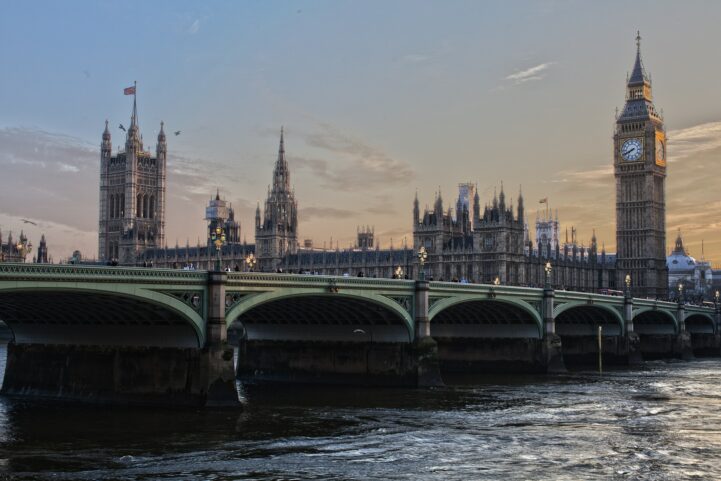 There’s a massive real estate bubble brewing in the Commonwealth, and I’m dying to see how we get out of this one. Instead of crashing in 2008, countries like Canada, Australia, New Zealand, and the UK decided we just needed more money. The governments in these four countries didn’t have a few years to stimulate the economy. Instead they repeatedly slashed interest rates so people could carry more and more debt. The result? Soaring real estate prices, stagnating incomes, mounting household debt, and lowered economic output have sent four of the largest economies in the realm into a massive bubble.

Home prices are soaring really, really fast in the Commonwealth. Since 2003, prices rose an average of 71%. In contrast, those “debt crazed” Americans only saw their homes rise 47%. Meanwhile, a more balanced economy like Germany only saw their property rise 6%. Note, this isn’t hyper hot markets like London, Vancouver, Auckland, or Sydney – place where developers and politicians are claiming they’re being Manhattanized. This numbers includes places like Atlantic Canada, where populations and industry are declining.

Here’s how those four countries look when broken down:

Canada
The land of moose and maple syrup saw property prices climb 80% since 2003. The average benchmark home price in now CA$456,722 (US$348,403), 6x the median household income. Remember, experts say you should spend 3-4 times your annual household income on housing.

There’s been minor financial bumps in income, but inflation is consuming the extra money. From 2005-2015, pay increased by 1% in the UK, 30% in Canada, 41% in New Zealand, and 45% in Australia. Healthy sounding metrics, if the value of that money wasn’t decaying so quickly.

When inflation adjusted, those numbers aren’t so generous. Australians made 18% over that period, New Zealanders 15%, Canadians 9%, and UK households made -27.86%. I’ll save you from having to re-read that last part, households in the UK lost almost a third of their purchasing power. By now you’re probably wondering how exactly people are paying for all of these houses?

The above chart is a scaled index of home prices in Canada, Australia, New Zealand, and the UK against prices in the US. It isn’t nearly as flattering when you look at them inflation adjusted in a common currency.

Since incomes aren’t moving as fast as everything else, households have resorted to borrowing. This has quickly accumulating, resulting in rapidly rising household debt. While many people resort to this in a pinch, it shouldn’t be the norm.

Unfortunately, since 1998 this HAS been the norm for households in these four countries. The steepest debt-to-income ratio belongs to Australians, where the average household ratio is 185%. This means they have $1.85 of debt obligations for every dollar they earn.

Quickly catching up is Canada, with a ratio of 165%, and New Zealand at 161%. Last on the list is the UK, where it’s “only” 150%, but they’ve been maintaining this the longest. UK households have had debt obligations exceeding their income since 1995. That’s 21 years if you’re trying to do the math.

Debt-to-income ratios in Canada, Australia, New Zealand, and the UK.

You know how everyone is talking about the epic Chinese consumer bubble? The one that’s going to pop and send the world into economic distress? Well that’s US$4.5 trillion spread across 1.357 billion people. Sure that’s steep, but that’s spread over a lot of people.

The Commonwealth bubble we’re looking at is US$6.622 trillion dollars, spread across only 126.5 million people. That’s 16x more debt for every man, woman, and child in these four countries than those in China. It’s also worth noting that China’s $4.5 trillion is only ~40% of their GDP. While it’s a large number, they’re still making a lot more than they’re spending.

Now this doesn’t mean these countries are going to fall into economic collapse soon. As long as people can continue to borrow more, and we can continue to import capital – things will keep going. Unfortunately, this can only go on for so long.

We’ll be exploring how this plays out and what it means to households in the next few weeks.