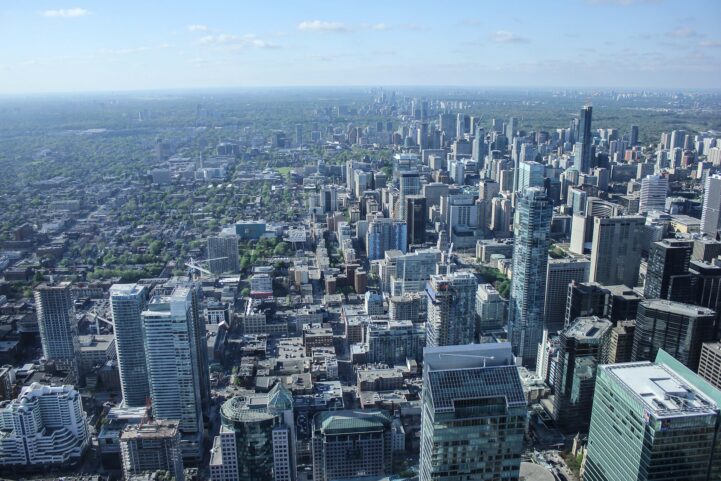 Every week I get emails from people asking if now is the right time to buy in their market. I reply to each one of these emails with pretty much the same answer, I don’t know what’s right for you. It’s a slight cop-out, but I do walk them through some of the data points to consider.

Since we received a spike of emails from Toronto this week, I thought I would write a post about it. While I don’t like to tell people what to do with their money, here are the factors I would consider, and some of the data every buyer should think about. Don’t worry, I break it down in plain English like we always do.

There’s an emotional factor to buying a home that can’t be quantified. To certain people, having that home is more important than the investment factor. If you’re the type of person that’s always dreamed of owning your home, don’t put your life on hold because market conditions don’t fit your narrative. Now, don’t overextend yourself financially, and if you do overpay a little consider it the cost of your dream. I’ve wasted much more money on much less.

Looking At It As An Investment

If you’re looking at it from a financial perspective, that’s very different. No one knows where real estate prices are heading, due to the emotions involved. Figuring out what triggers a buyer’s emotions is difficult (although we’re taking a stab at it with IBM’s Watson). Until someone figures that out, it’s best to look at the broader market, and try to understand how to minimize the chances of a loss. Personally, I suggest people should take a closer look at the economy, demand, and personal finances before deciding.

Performance of the broad economy is often an indicator of where real estate will head. There’s a lot of reasons why the economy and real estate are tied, but employment is the obvious one I like to look at. If you’re looking at a starter priced place, will the next wave of buyers be able to afford your home? Especially in a city like Toronto where the median income has moved around 1% over the past 30 years, inflation adjusted. Taking median income into account, it’s getting harder and harder to believe that the next wave of buyers will be able to afford a home. Many real estate markets rose in Canada with the ability to borrow, not because people are making a ton more.

Scaled Index of Prices Vs. Borrowing

The qualifying borrowing rate is determined by the median household income, and the size of mortgage that would be approved that year. As of 2016, it appears the number of people that can afford a home at current amortization lengths is being topped out.

First time buyers now qualify for less this year than last, so ask if this is a trend that will continue. If they can’t buy a starter home for more, starter owners likely can’t upgrade. If they can’t upgrade, this causes a ripple effect through the market known as buyer gridlock. One wild card you can’t plan for is the government legalizing 35, or 40 year mortgages – and they might. This would mean that buyers can finance larger purchases over a longer period of time, which could in theory ease buyer gridlock.

Do you think demand for Canadian real estate will increase? And don’t just go “yeah, the city is booming!” Logically, where are these qualified buyers coming from? Rich buyers on millionaire visas will likely impact the high end of the market, not provide mobility for lower income Canadians. Lower income Canadians migrating might provide a boost to the lower market, but they need to find jobs that pay well enough.

Then there’s artificial demand created by speculators, which can go many ways. Will a vacancy tax force them to sell, or will they start renting it out? Will renting it out bring down rental prices, or will it drive up market rates since they want to break even on costs? If the former happens, more liquidity means lower prices. If the latter happens, rental prices go up, which makes buying more attractive. It’s a crap shoot.

The higher rent you pay, the more it makes sense to buy. I would run a ten year difference between what I would pay on a house, vs what I would pay in rent. Don’t forget to include all of the costs when buying (maintenance, taxes, interest, etc.). If the amount paid is substantially larger than rent, I would consider renting longer. Also, if you’re going to be living paycheck to paycheck like a large number of Canadians, you probably shouldn’t make the jump into homeownership either. This would assume a similar rate of appreciation for my portfolio vs real estate prices. Note, you need to contribute the difference between rent and a mortgage to an investment portfolio to assume that last point!

If you’re a regular reader, you probably realized I wasn’t going to give you a clear cut yes or no. Buying a home is the largest purchase most people make, so they should run (and understand) the numbers to make an informed decision. No one knows which direction the market will head, but you know how much risk you’re willing to take. So educate yourself on the numbers.